Our 25 Favorite Movie Mezzanine Stories of 2013

No time in the movie industry seems to be as sluggish and desolate as the first week of every January. That’s why in an attempt enliven this slow month, we’re going to reflect on the year that was. In 2013 Movie Mezzanine managed to publish a grand total of 1,056 articles on a wide variety of subjects. We thought we’d give you a sampling of what we had to offer last year. Below is a collection of our favorite 25 stories (reviews, essays, retrospectives, etc) from the past twelve months. On behalf of everyone here at the site, thanks for supporting us in 2013, and we hope you enjoy what we’ve got planned for 2014.

“Sacrificing the Cat” by Eric Stolze 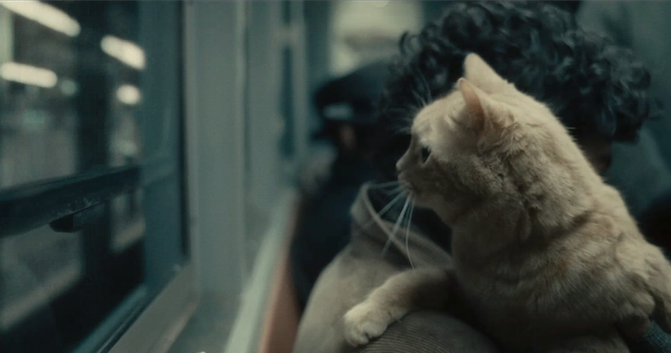 “Even when Llewyn Davis sits behind the steering wheel, he is never in control. Directly behind him sits a titan of a bygone era. Roland Turner (John Goodman), a jazz musician whose star has faded, eyes him with contempt. When Llewyn disrespects him, his tone an abrasive cocktail of working-class aggression and artist’s pomposity, Turner warns that he doesn’t have to resort to threats of physical violence because he has the practice of a higher power on his side: Santería.”

“Motion In the Flux: The Post Colonial Hong Kong of Chungking Express” by Nick Usen 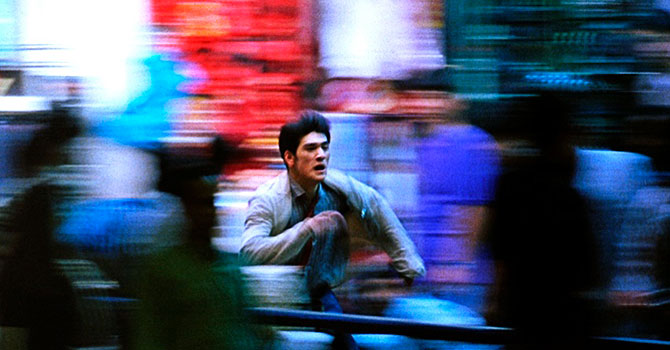 “Hong Kong is a nation without a past. After spending time as a British colony, it was then handed back over to China causing it to be in a constant state of motion. Unlike America, which began as colonies then fought and unified through the Revolutionary War thereby creating its own history, Hong Kong is without a unified history.” 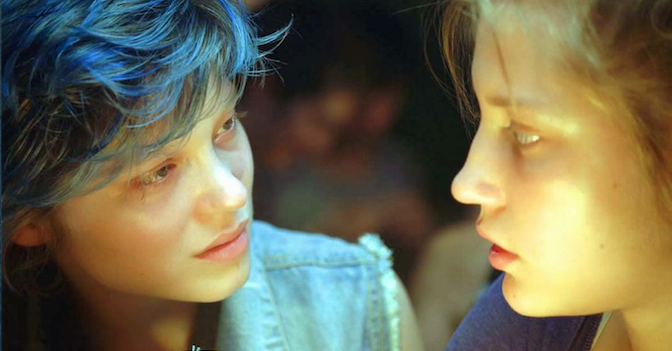 “In what is habitually a treat for cinema fans, the elite home video distribution house The Criterion Collection announced its February lineup Friday. Among the titles was Blue is the Warmest Color, French director Abdellatif Kechiche’s coming-of-age story that has become a magnet for controversy since taking the Palme d’Or at this year’s Cannes Film Festival, a factor which has proved invaluable to the film’s success.” 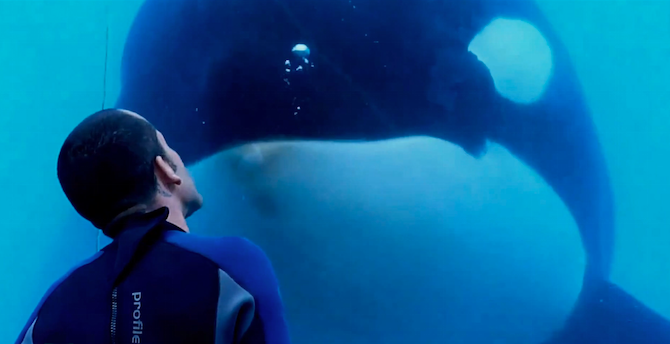 “We are living in the documentary age. Among the many changes in the cinema world brought on by the proliferation of digital technology, it’s now easier than ever for filmmakers both aspiring and established to set their sights on a real-life person, issue, or event and capture it on film. It goes hand-in-hand with our strange new culture of eyes in every pocket. Pair this phenomenon with the new models of distribution enabled by the Internet, and docs are more accessible than ever before.”

“History of Film: Raiders of the Lost Ark” by Alexander Huls 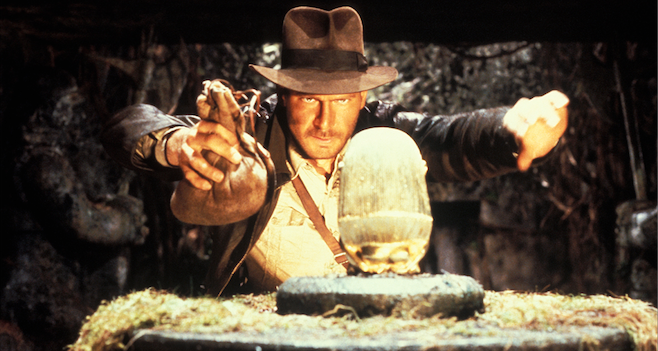 “What’s your favorite movie? tends to be a haphazard, superficial question. We tend to answer superficially in kind: a quick title drop followed by some general qualifications. It’s always felt like a disservice to the objects of our cinematic affections because a favorite movie is a very deep, personal thing.”

“For Your Reconsideration: The Great Gatsby” by Zeba Blay 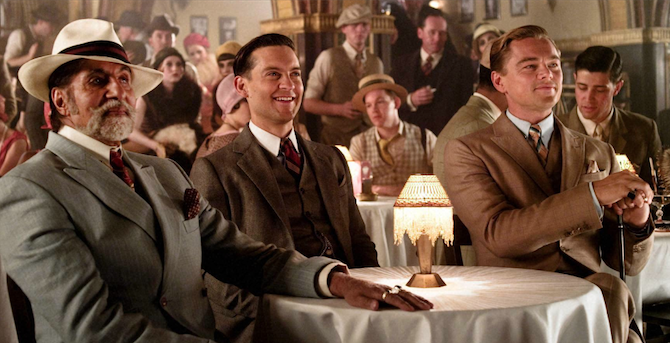 “It’s in Gatsby where Luhrmann has really honed the directorial idiosyncrasies we see in Strictly Dancing, Romeo + Juliet, and Moulin Rouge. With Gatsby, Luhrmann has actually shown a surprising amount of restraint, slowing down the pace of his storytelling to offer quiet moments like the tea party scene which, contrary to a popular internet meme, does not have “rap music playing softly in the background,” but instead utilizes silence for one of the more emotionally engaging points in the film.” 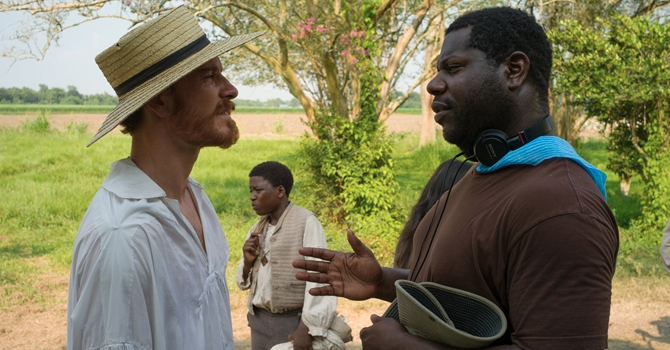 “For many years now, it has been a sad but accepted truth that Hollywood is largely uninterested in depicting the black American experience. Sure, there are movies made for niche black audiences by the likes of Tyler Perry, but racial films intended to appeal to the mainstream have been few and far between. This has led some critics to charge Hollywood executives with racism, but the truth is a little more gray. “

“Fanboy vs. Fanboy: The Genius of Edgar Wright” by Jake Cole 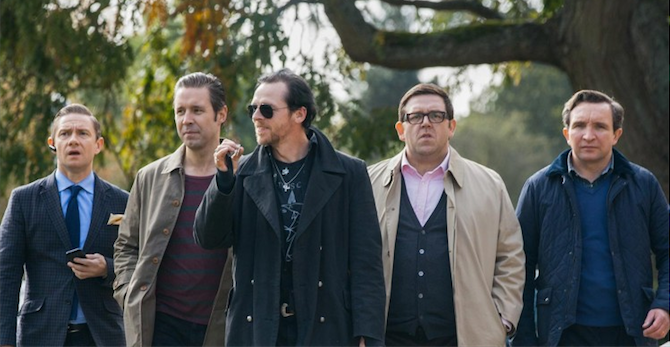 “Edgar Wright’s latest film, The World’s End, arrives on a wave of critical praise centered primarily on how the film’s science fiction elements reflect its characters’ struggle with middle age. The protagonist, Gary King (Simon Pegg), drags his childhood friends out for a night of drinking to relive their glory days, only to discover that their hometown is gradually being taken over by strange alien beings.”

“Aristotle Was Wrong“ by Andrew Johnson 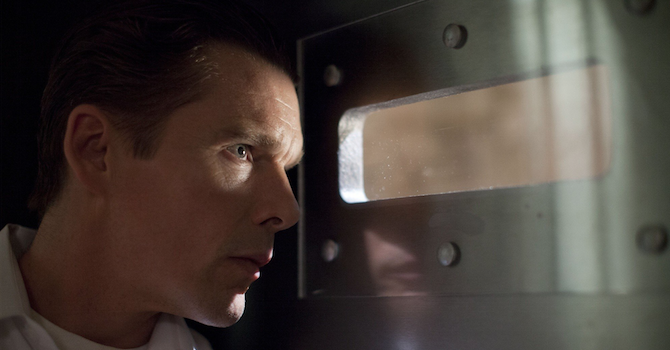 “At first glance, The Purge is nothing special, as its current 41% rating on RottenTomatoes might suggest. Plot-wise, it’s a fairly standard home invasion thriller with a few weird bits of dystopian science fiction thrown in for variety. Amidst the stabbing and the shooting, however, lies a surprisingly radical piece of cultural commentary, a work of genre deconstruction that elevates its B-movie premise into a profoundly moral meta-critique of American violence.”

“History of Film: Do the Right Thing” by Odie Henderson 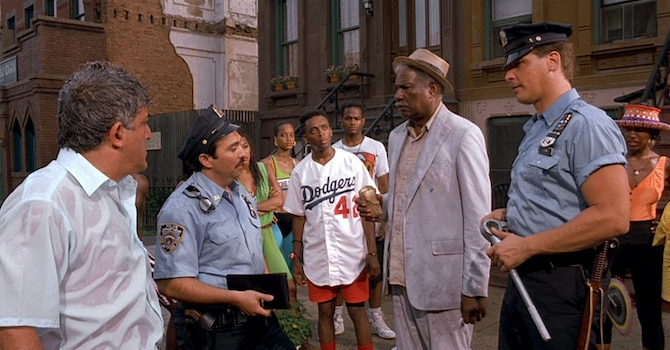 “At all of these Spike Lee joints, I sat with the same kind of audience. We were a predominantly young, Black crowd, occasionally rowdy and unafraid to talk back to the screen if that were required. This was what I’d been accustomed to since the early 70’s when I started attending the State. Seeing Black faces onscreen seemed to bring out the vocal best and worst in people.”

“A Discussion with Jeff Nichols” by Sam Fragoso 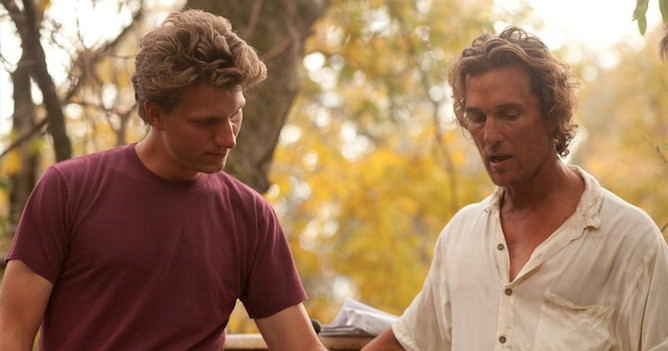 “You’d be hard-pressed to find a working filmmaker as genuine, kind, and thoughtful as Jeff Nichols. His latest film entitled Mud is now playing at this year’s Sundance Film Festival and possesses many of the features displayed in Nichols’ sincere personality.”

“Looking Back: It Happened One Night“ by Michal Oleszczyk 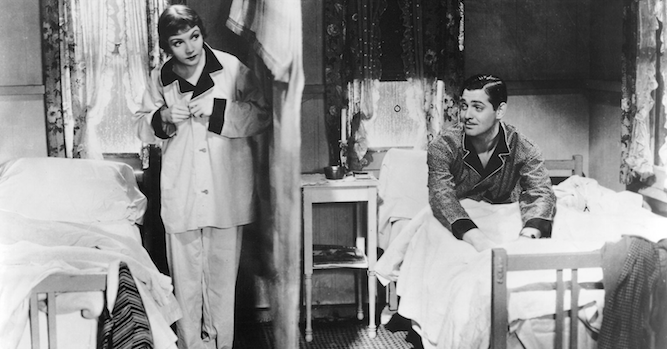 “We get so used to some movies simply being around that our own praise for them may itself become a cliché. The minute It Happened One Night is brought up, a handful of old chestnuts gets inevitably evoked: its classic status as the ultimate romantic comedy, its Oscar Crown glory and its contribution to the alleged demise of undershirt sales in the U.S. (did anyone ever fact-check that one, by the way?).”

“Tony Stark Is A Villain” by Andrew Johnson 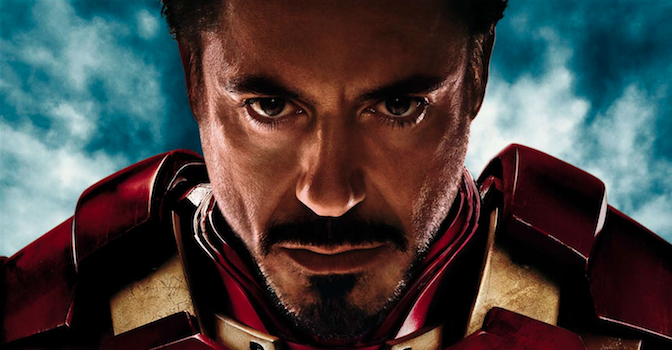 “9/11 didn’t just change the world, it changed the movies. Over the past decade, no other event has seeped into our cinema more thoroughly, from political thrillers that focus directly on the War on Terror to blockbuster escapism inspired by the overseas conflicts that resulted.” 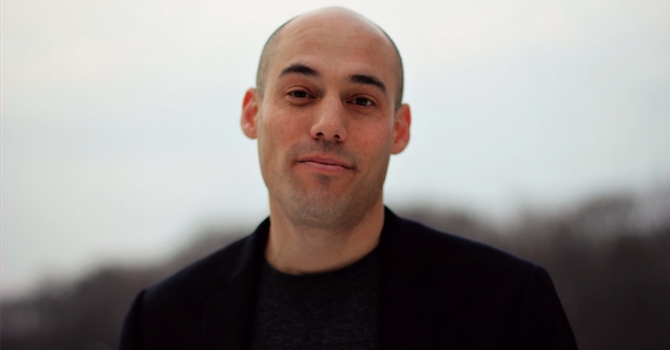 “People who have killed thousands don’t go to jail. Instead, they become celebrities. They walk the streets with pride, are invited to talk shows, where they boast about the atrocities they’ve committed and are treated as national heroes. How is that possible? Joshua Oppenheimer, director of the striking The Act of Killing, knows the answer.”

“The New American Blockbuster Is Not So American” by Laya Maheshwari 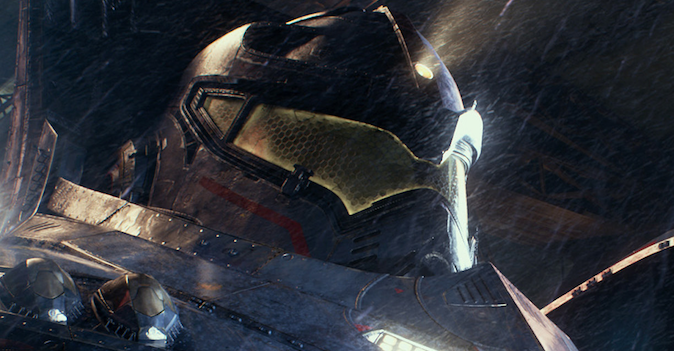 “These are interesting times for the Hollywood blockbuster. Facing rising costs, shorter theatrical runs and escalating competition, studio tentpoles could crash and burn if the American box-office was all that the producer eyed. To combat this, studios are looking beyond the Pacific Ocean and working actively to endear themselves to people worldwide, which is leading to new kinds of stories being written and films being made.” 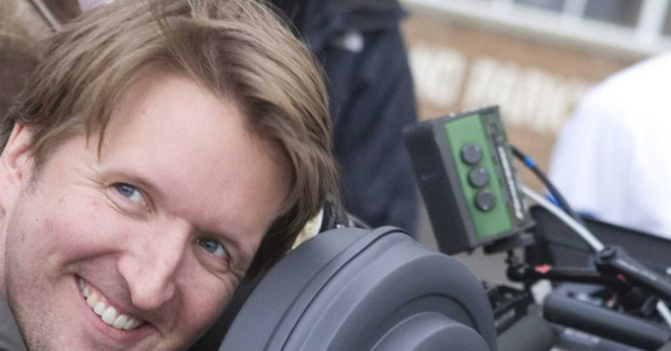 “Everyone hates Tom Hooper. They hate his new movie, Les Misérables. They hate his stupid face. But most of all, people hate the way Hooper frames (or doesn’t frame) his shots. You see, Mr. Hooper knows what an auteur is and he wants to be recognized as one. The best way to do that, of course, is the create a consistent visual technique. Wes Anderson has his meticulous production design, colours and centred framing. J.J. Abrams has his anamorphic lens flares. Tom Hooper has his own style, too.” 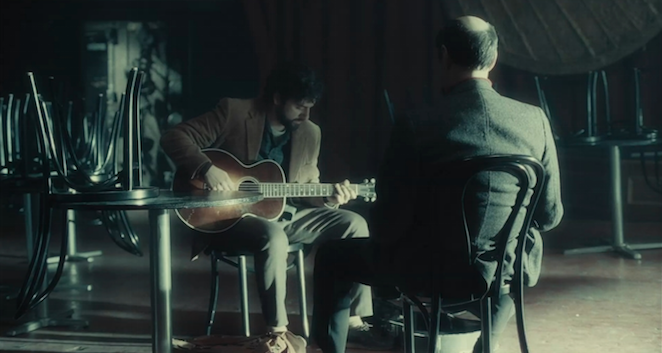 “The Coens have always had a knack for fictionalizing chapters from American history with mysticism and verve, but Inside is the closest they get to a real historicist picture. Yet there remains some bewitchment in its visual signature. “

“Your End Is Not Happy: Interview with Ben Wheatley” by Tom Clift 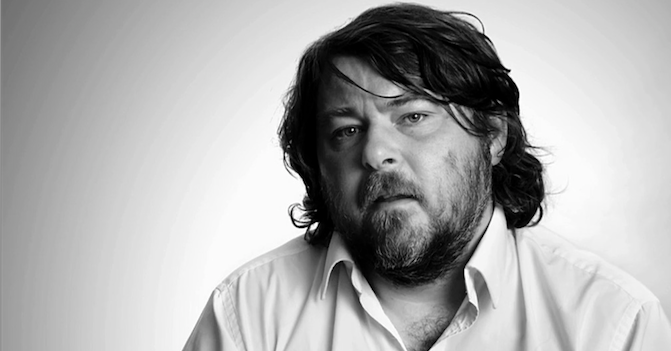 “I think for me, the thing that broke my back, was living through Thatcherism in Britain, and hating the fucking government, and going “god they’re the worst bastards alive”. And then Labor getting in and then them being fucking awful. So basically you’ve got nothing.”

“The Epic-ification” of the Hollywood Blockbuster” by Corey Atad 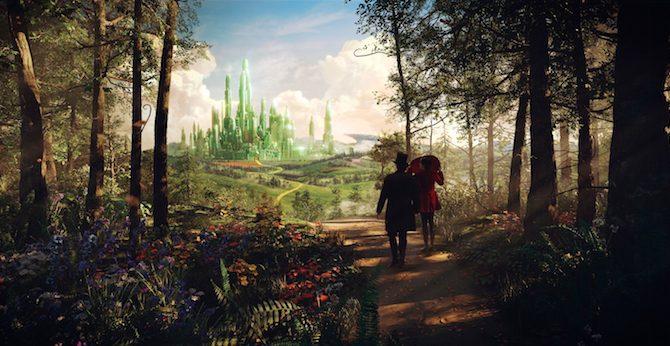 “There was once a time when the physical barriers to world-creation on screen dictated a level of narrative justification for an epic scope. Were we to pinpoint the new age of “epic-ification,” we might place it somewhere in the post-Lord of the Rings/Star Wars prequels area. It was then, after the audience’s expectations for visual effects was permanently altered, that Hollywood started to lose its grip on the relationship between narrative necessity and epic scope.” 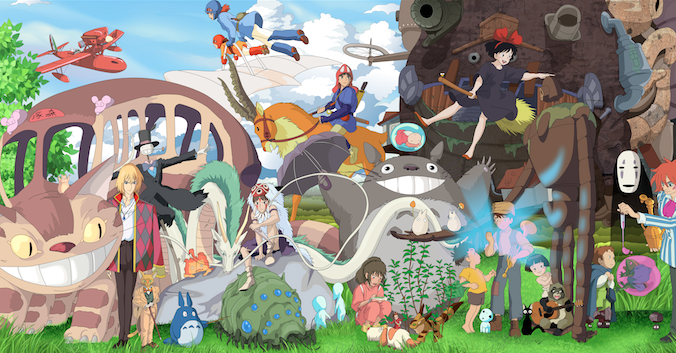 “In 1985, veteran Japanese animators Hayao Miyazaki and Isao Takahata co-founded the little animation company that could, Studio Ghibli, alongside Toshio Suzuki and Yasuyoshi Tokuma. Like most upstarting anime companies, the team at Ghibli were unaware of how their work would be received by the Japanese public, let alone the rest of the world. “

“The Thematic Preoccupations of M. Night Shyamalan” by Alexander Huls 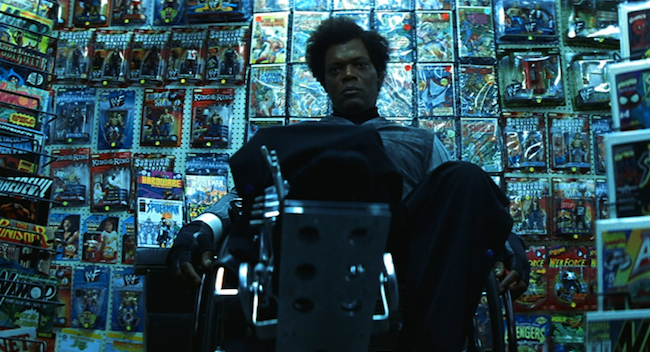 “His auteur status has always felt like it was more a result of his technical and visual flourishes than any embedded (non-twist) fixations in his work. And yet Shyamalan’s films have all obsessively revisited very particular, dominant themes. The reason he still remains an auteur – in spite of the homogenization of his style and the not-so-gradual atrophy of his work – is that those preoccupations have remained consistent.”

“Where We Come From: The Good and Bad of Location Cinema” by Katina Vangopoulos 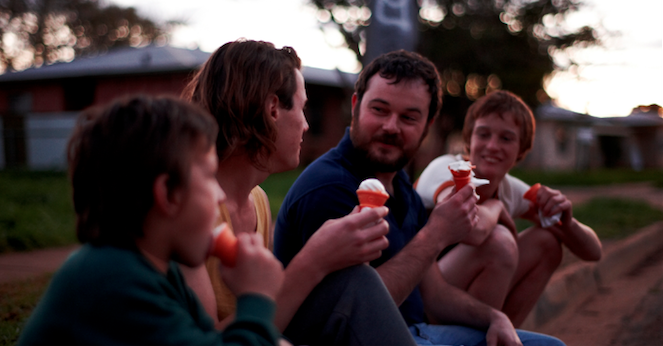 “Cinema is a powerful tool that can be used to show a country’s nationalism to the world. A great deal of pride can be evoked in the mind of a nation through images, and to capture that can have great influence in whatever purpose the film serves.”

“For Your Reconsideration: To the Wonder” by Michal Oleszczyk 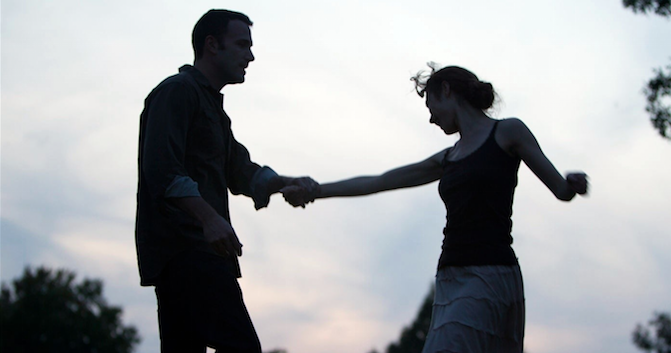 “Reaching out is both the quintessential gesture and the central image of Terrence Malick’s films – his latest one being no exception. To the Wonderoffers numerous shots of extended hands brushing against objects as different as rock, grass and a lover’s skin. Towards the end of the movie, a young woman named Marina (Olga Kurylenko) attempts a prayer by lifting her hands to the sky as if they were a pair of cosmic antennae.”

“Lee Daniels’ The Butler: PG-13 Prestige with a Hint of Freaky Deaky” by Odie Henderson 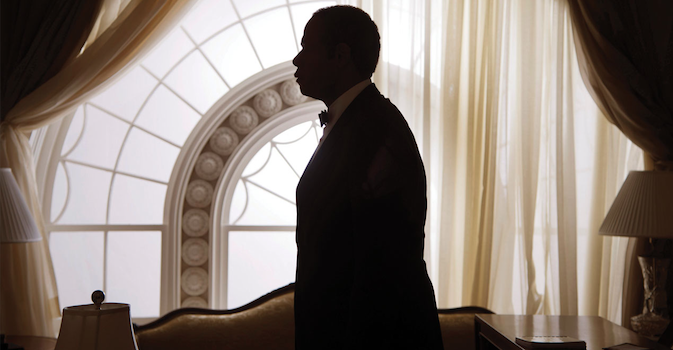 “The trailer for the movie formerly known as The Butler looked like the love child of Stanley Kramer and Irwin Allen’s casting agent. Here was an old-fashioned “prestige picture” with an all-star cast in unusual roles. At its center is Forrest Whitaker playing a fictionalized version of the man who served 9 U.S. presidents as the White House butler. “

“What the Love Actually Wars Are Actually About” by Noah Gittell 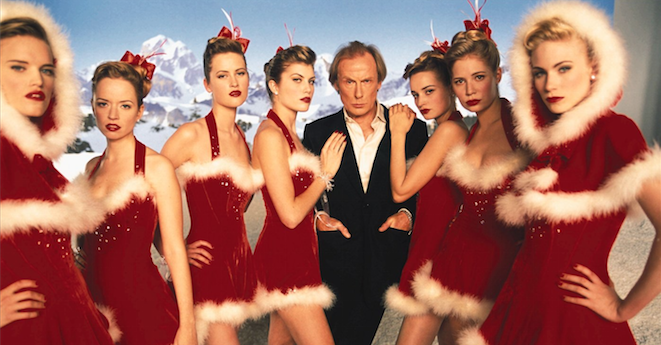 “When Love Actually was released in 2003, it didn’t seem like a film that would inspire debate between some of the film criticism community’s best thinkers 10 years later. Yet that’s exactly what has happened.”

One thought on “Our 25 Favorite Movie Mezzanine Stories of 2013”