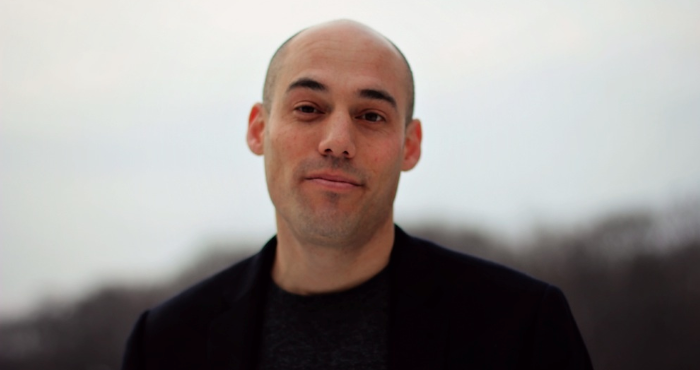 ‘The Act of Killing’ Brings No Catharsis: Joshua Oppenheimer and His Ghosts

People who have killed thousands don’t go to jail. Instead, they become celebrities. They walk the streets with pride, are invited to talk shows, where they boast about the atrocities they’ve committed and are treated as national heroes. How is that possible? Joshua Oppenheimer, director of the striking The Act of Killing, knows the answer. He tells us how an idea for such an unusual documentary came to fruition, what exactly the term “Star Wars morality” means, and why it’s important not to treat a killer as a monster.

You have asked former Indonesian paramilitaries to reenact their acts of killing in your film. This subject itself is delicate enough. How did the idea of tackling it from this very unusual artistic perspective come up?

I would say that, as a filmmaker, my responsibility is to do whatever is necessary to get to the heart of most important situations, fiction or non fiction. In this case I’ve encountered a situation which is unusual in documentaries of atrocities. We approach the perpetrators, but it’s perpetrators who have won and therefore boast about what they’ve done. The have built a regime of fear and corruption on the basis of boasting about mass killings. And the question is: what cinematic method, what cinematic form is the best to show the nature of this regime of impunity and fear and nature of their boasting. So when you meet a person who’s killed hundreds or thousands of people and is talking openly about it, celebrating and justifying it, you want to know not only what happened then, in 1965, but also what’s happening now that these man can boast; what kind of society is it that they can do it. And I came to understand quickly that in their boasting I could get glimpses of how they want to be seen and maybe how they really see themselves.

It sounds like you didn’t have a problem persuading them to participate. It feels like they were eager to be on screen!

Precisely. There was no trouble persuading them to participate and the whole method and form of the film is a response to their openness.

Would you say that creatively, in a certain sense, they were a part of this project?

Yes, absolutely. If you have an idea that you’re gonna let people stage themselves, in whatever way they wish, then in that way you put the human beings and then the entire regime through a prism. And through that prism, where once there was just a white light, now you can see a rainbow of colors. You can see all the stories and fantasies they tell themselves in order to cope with their most bitter reality and through that continue to commit further evil, which is what we see in the film: to extort their victims, to oppress them and so forth. If you see that you’re putting reality through that kind of prism, it doesn’t mean anything if the way they’re staging themselves doesn’t come from them. They’re gonna stage themselves in whatever way they wish, but they have to wish it; it has to be – the individual scenes reenactment, the dramatization – it must be exactly what they want to do. Otherwise, I suppose, it’d only show what I want them to do, but tell nothing of their own desires and their notion of who they are.

What to me is striking, and what I kind of admire you for, is that throughout this whole process – and it took so much time, almost 10 years I think – you remain non-judgmental. It’s maybe the most striking of all the things I truly cannot comprehend in this project.

I think one of the key rules I set myself throughout this process is that I always have to relate to these people as human beings and separate the crime, the action from an actual person. They’ve done terrible things. There’s never a moment in the making of the film or in my own judgment of the act of killing and the mass killing, all of the crimes around, when my judgment softens. But I think it’s so important that we never loose sight that these are human beings, not monsters. I suppose it’s because the moment we make the judgment, the leap from “this is a human being that has committed evil” to “this is an evil human being, a monster”, we feel entitled to make the judgment, because in it we assume that we are good.

The moment we divide the world into the bad guys and the good guys – which is something I call “the Star Wars morality” – the only way to fight oppression or the genocide is to find all the bad guys and eliminate them. Lock them up, kill them… as we see in movies like Star Wars. And in doing that we become the bad guys ourselves. So if we really want to take the slogan, with which my family grew up with – they narrowly escaped the Holocaust – which is “never again”, it’s supposed to mean “never again for anybody”, not just “never again for us”.

Do you think that any of your characters has underwent some kind of a catharsis, something that was crucial to them as human beings?

I think what Anwar goes through at the end provides some kind of a catharsis for some viewers. The meaning of the word “catharsis”, let’s not forget that, is release. At the end of the film Anwar goes back to the place where he’s killed, where the film began for him, five years later. He does this kind of dry heave. I think it’s the very last time I’ve filmed with him. By then I’m very close to him, we know each other very well and I care for him. In that moment I had this instinct to stop filming, put my arm around him and say this stupid thing that we, Americans, say, which is: “it’s OK”.

But when you’re filming you become aware of such impulses before you succumb to them. So the moment I felt aware of this desire, I remember having this horrible realization: “Oh no, it’s not OK. And the reason he’s choking now is because he’s choking, or trying to vomit the growing horror that he’ll never escape”. It’s like he’s trying to vomit the ghosts that are hunting him only to realize that he is the ghost. He is his past. There’s nothing that can come up with, because he is what he’s done and he’ll never escape it. There’s no release for Anwar. It’s a kind of anti-catharsis. And in that sense the whole filmmaking process was an anti-therapeutic journey. I’m trying to expose a regime of impunity, I started this project in collaboration with survivors. He’s trying to run away from his pain, to somehow build a cinematic, psychic scar tissue around his wound. To use filmmaking – as he says in the film – as a beautiful fantasy movie about mass killing. Hoping he can make it OK for himself, but he can’t. He realizes that it’s terrible, and yes, it leads him to some kind of understanding and that may be cathartic for the viewers that want to see a change, but it’s never gonna be a catharsis for him.

This process took so long and you became aware of things that most of us just simply prefer not to know about because it ruins our world-view. Who have you become now? Are you’re carrying their ghosts inside you?

This filmmaking process has taught me …. it made me more aware of what it really means to live as a human being, on what basis we live. It’s made me less judgmental of other people. And it’s made me more reflective on who I am. Who we all are.

A video recording of this interview has been previously published on the polish film website Stopklatka.pl.