Marshall Shaffer sits down with Drake Doremus, the director of the new film "Newness," to talk about technology and modern romance.

Filmmakers can spend years, even decades, working on projects they care passionately about seeing through. On the other end of the spectrum, there’s someone like director Drake Doremus, whose latest film Newness went from script to Sundance Film Festival premiere in mere months. It’s remarkable that a film can come together so quickly and be coherent as well as convincing. Newness might be the best love story yet for the millennial generation, a film that understands both the dramatic upheavals brought on by the scourge of dating apps and the perennial problems of intimacy and openness that plague any new relationship. A few hours before the film’s public premiere, I spoke with Doremus about how he got the film so right. so quickly.

From the beginning of the film, I was so taken with the Winx equivalent of “swipe right” and quick cutaways to the people in ecstasy. I thought it was a genius way to take us into their headspace and show the almost kind of chemical rush you get from having this access to everything.

Moving on, I don’t think it was nearly as obvious, but how you used the visual space to show how technology is isolating us and pulling us apart was fascinating to me. I’m not really even forming questions out of this…

It’s both, it brings us together but also pushes us away from each other as well at the same time. It’s very odd at this time and place to think about how things will evolve in the coming years with these apps about how they’re curated, how specific they are. It’s just fascinating, the concept of technology, finding someone.

You cited the Vanity Fair article as a jumping-off point for the film. Was there anything else you and Ben [York Jones, the film’s screenwriter] were pulling from?

You know, actually, kind of not really. In spring, we started tinkering with the thought of what you need to sustain a relationship beyond that beginning dating stage. What do you do once that newness is gone? How do you confront that? I think that was the genesis of the idea right there.

The article was fascinating to us because Ben is in a long-term relationship, and I just ended one a little bit ago, so we just kind of missed that whole thing. It was interesting for us to look at that and say, “What’s really going on now? What’s happening, how is it evolving, how is it affecting our ability to have a strong connection with somebody?” I think that’s where it all started. We’re just always looking for new, unique ways to tell modern love stories. This one just felt perfect for us. It came together so fast because we just wanted to get it.

One of the things that bothers me when older people try to talk about my generation – “you Millennials” – is that the easy thing to do is say that technology makes us less intimate. One thing I really took away from the film is that newness, as a concept, is about boredom. It’s about having everything at your fingertips and the fear of being bored, and that’s driving it.

You just fucking nailed the whole film, that’s it right there. I couldn’t have said it better myself. I’m going to be stealing that for the premiere tonight.

How did the decision to write, shoot, and edit the film so quickly affect the way it turned out?

The reason we had to do it so quickly is that Ben is busy writing his Netflix show, I had another movie in May, and we just fit it in where we had time. So that’s the genesis of it. But to be honest with you, if I had another three months, the film wouldn’t have been better – or more different. Huge credit to my editor, Lisa Gunning, for an amazing first assembly that we worked from. I kind of want to do this again, actually, because I learned a lot about how you don’t need to make decisions – you just kind of go and trust yourself that you’ll get there. You don’t second-guess yourself, don’t have to fight to figure something out. You just kind of do it. Everyone raises their game, we just make it work.

I see so many movies that feel so overthought, so there is something refreshing about just going with the impulse. It just feels so natural.

Ben deserves a lot of credit for getting the story right, because if the structure wasn’t working – and we did improvise a good amount to explore the characters – the place we got it to allowed us to slap it together. Not a lot of scenes moved around or were changed or tweaked. It just all kind of lived. It flowed and worked right off the bat. 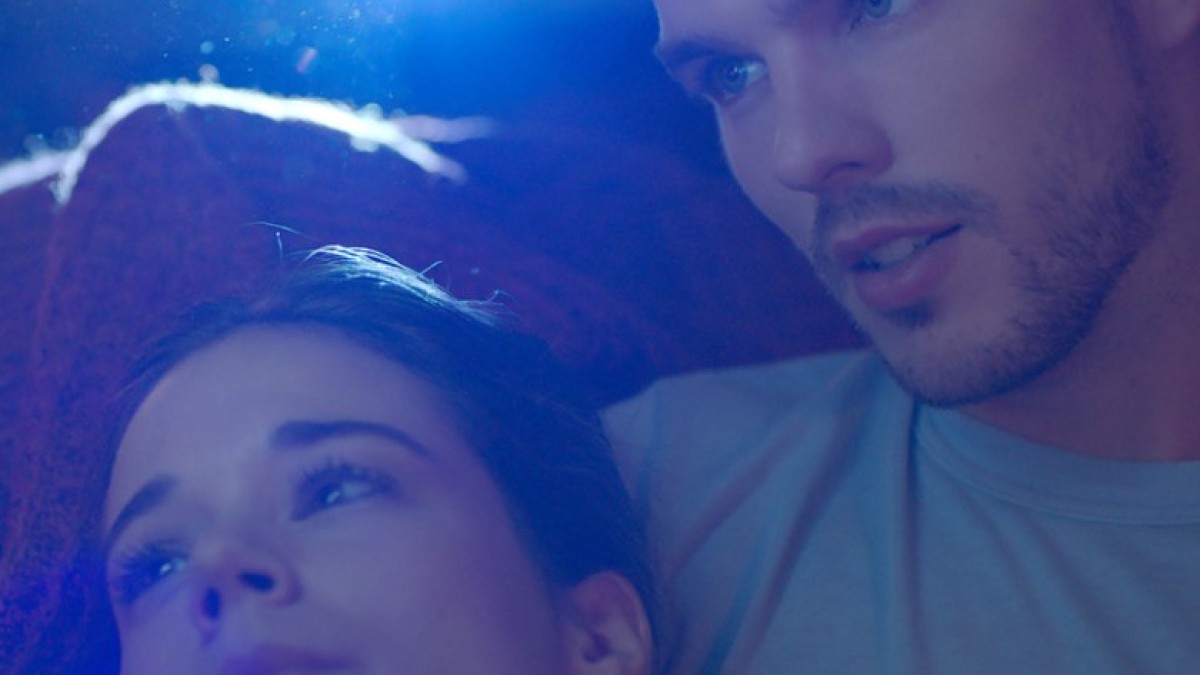 And nowadays, it’s so much harder to get films made that the rising generation is taking so much longer to make their first films, and they’re not churning out things as fast as they did in the ‘70s when you would make a movie a year.

I’m striving to get back to that because I love putting shit out. I believe in that, not taking too much time between movies. In the last couple of years, it took a little too much time between bigger projects I was working on. I just love going and making stuff that I’m passionate about when I’m passionate about it as opposed to being passionate about an idea and taking three or four years to get it made. By the time you make it, you can’t even remember why you wanted to make it in the first place. I love capitalizing on that lightning in a bottle energy, that passion you have for something and going and doing it.

Speaking of bigger projects, I thought a lot about Equals a lot during Newness and the emotional regulation of these worlds. Did you see any parallels when you were making the film?

Gosh, not really, other than Nick [Hoult, the film’s star] to be honest. I didn’t think about that, but maybe there is one somehow unexpectedly in there. It’s hard to think about it like that, to be honest.

Was there anyone other than Nicholas Hoult to play Martin?

No, right off the bat, I just sent it to him, and he was like, “Ok, I’ll come to L.A.” I mean, he lived with me for three months when we made the movie, so it was kind of like a camp experience. We’d go to work in the morning together, come home and bring it down to discuss what we did, watch dailies – it was just a really cool thing. I know we both wanted to do something else, and it came together fast.

Then I’d seen Victoria [starring Laia Costa, the female lead of Newness], and I told Nick to watch Victoria, and we were both blown away by it. She was top of my list of somebody I wanted to work with. Getting the two of them together felt so good to me.

When I was thinking more about the film, Nicholas Hoult as always played great, sensitive characters from About a Boy to Mad Max: Fury Road. He’s not afraid to be vulnerable or a raw nerve.

So true, man. He’s so good at that, and allowing himself to get there, which is really hard. He thrives on it.

The roles that the two of them play in the film, he almost plays the genre’s traditional female part. He’s not the one following the passionate impulses.

I feel like all my films play for 24-year-old French women or European women. I just don’t understand American audiences. I’m not necessarily trying to make movies for them, but I guess at the end of the day, they do relate because of how topical they are and how much everyone can relate to the longing. This is the first film I’ve made in a while that can connect to an audience in a way.

Female-wise, maybe I’m more sensitive than most anyways. So I gravitate towards male leads who can access that in a way. Yeah, I love the idea of switching the roles where you’ve got Gabi who’s empowered, strong, and kind of out of control – she’s powered by her sexuality, which is maybe the more traditional male role. And you’ve got this very sensitive emotional issue that Martin’s dealing with. Maybe the roles are reversed, and the lines are blurred. Maybe technology in today’s dating age does that a little bit. Maybe this melting pot of emotions and humanity creates – there’s no male or female anymore, there’s just emotions.

The film balances bigger sociological issues with a personal story, and it’s easy to have one choke out the other. How do you keep that balance?

That’s a tough question to answer, to be honest. I feel like in many respects, the film is very modern and of this time, but it hints at and tackles age-old problems that we’ve been dealing with in relationships for our entire lives. It’s of the moment, but the same issues we deal with of intimacy, what we share and don’t share, how we relate to each other – they’re kind of timeless, in a sense. I wanted to make a movie about both. 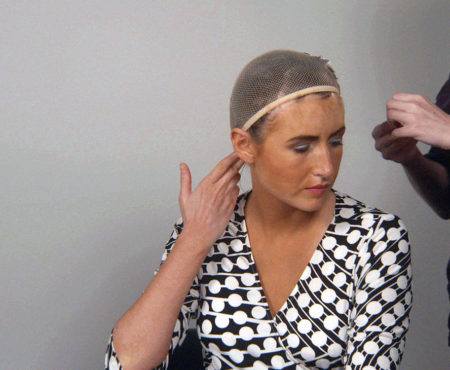