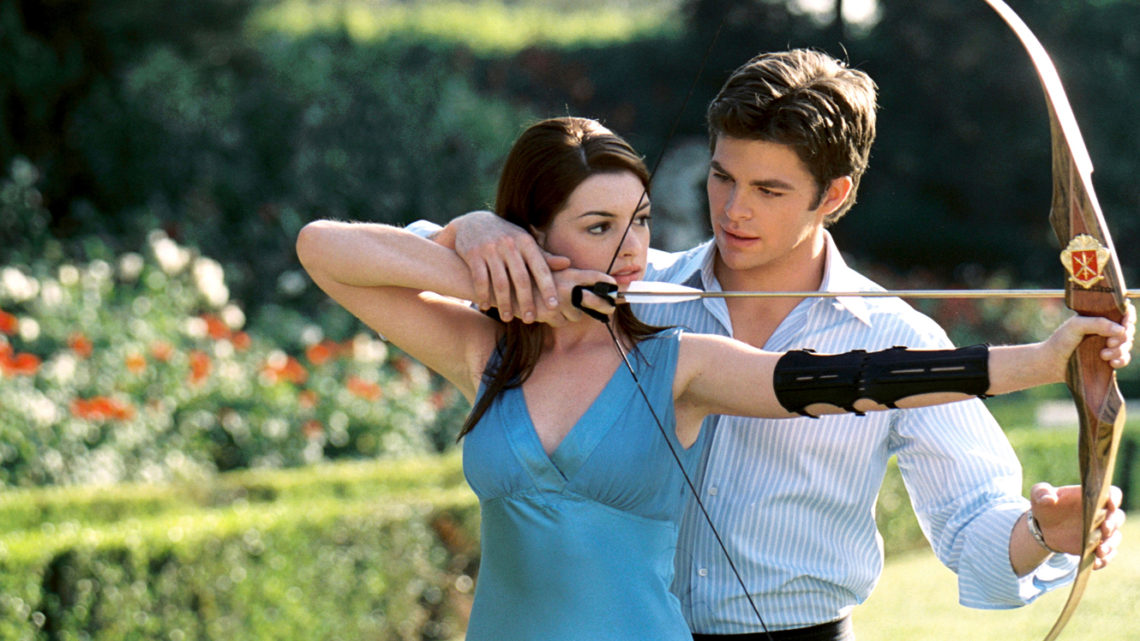 Josh and Scott prepare for a big wedding in this episode of Mousterpiece Cinema as they discuss "The Princess Diaries 2: Royal Engagement."

Hey, folks! It’s time for a very exciting, fancy, bedazzled new episode of Mousterpiece Cinema, and we hope you’ve gotten yourselves dressed up to the nines. See, it’s time for a royal wedding! At least, that’s the subject of the film up for discussion on this week’s show, the 2004 sequel The Princess Diaries 2: Royal Engagement, starring Anne Hathaway, Julie Andrews, and Chris Pine in his feature film debut. Josh and Scott are prepared with their tuxes and tails to talk about a lighthearted film, especially after another week of such tumult and turmoil in the world, so what better film than a story of a strong, intelligent woman poised to take a seat of power who is threatened with overthrow by a fatheaded lout–um…OK. Well, even with that plot, Josh and Scott are ready to discuss this sequel, whether it improves on its predecessor, if its characterization of the heroine is consistent, and what the hell Stan Lee (yes, really) is doing in this movie. Check it out now!