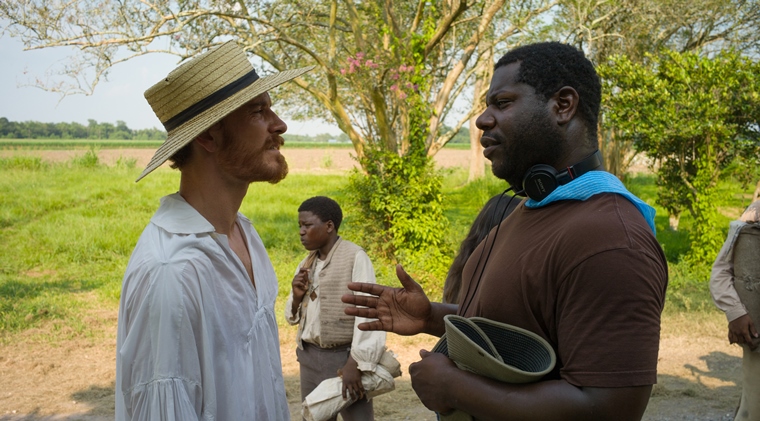 Why Racial Films Must Be Made By Black Directors

For many years now, it has been a sad but accepted truth that Hollywood is largely uninterested in depicting the black American experience. Sure, there are movies made for niche black audiences by the likes of Tyler Perry, but racial films intended to appeal to the mainstream have been few and far between. This has led some critics to charge Hollywood executives with racism, but the truth is a little more gray. The movies, after all, are a place we go to escape the complex problems of real life, and it should surprise no one that our escapist entertainment is leery of addressing the most complex American problem of all.

That is, until now. In the past few years, Hollywood has suddenly become interested in those subjects – a trend capped off by the devastating and vital 12 Years a Slave. Steve McQueen’s compelling new drama depicts every ugly detail of slavery, from the physical brutality to the hypocritical moral justifications. The film follows the release this year of other penetrating racial dramas such as Fruitvale Station and Lee Daniels’ The Butler. It’s hard to imagine any of these films, which address the issues of black America so unflinchingly, being released a few years ago, mostly because it was only recently that Hollywood stopped insisting on filtering the black American experience through white directors.

Hollywood’s new interest in racial stories really began back in 2009, and I can’t help but think it has something to do with Obama, whose election brought racial issues back into our national consciousness. Just because a film addresses race, however, doesn’t mean that it’s doing something progressive. The early films of the Obama era like The Blind Side and The Help were deeply conservative, relying on “white savior” characters who served to sanitize civil rights for white, middle-class audiences. Notably, they were also made by white directors.

Neither film aimed to begin an honest conversation, but they did reflect where we were as a society in the first years of Obama’s presidency. He sold his election as a landmark moment in civil rights (which it was), giving the white, middle-class voters who supported him the distinct notion that that they had ended racism with their vote. While 12 Years a Slave immerses the viewer in the world of a slave, The Blind Side and The Help reinforced the notion that racism was a thing of the past.

Perhaps worst of all was this year’s 42, written and directed by the white Brian Helgeland. The film frames the story of Jackie Robinson breaking baseball’s color barrier as an argument against black rage. As written by Helgeland, Robinson is hired by Dodgers owner Branch Rickey – clearly a white savior archetype  – because he “has the guts not to fight back” against the racial epithets and death threats he receives from racist fans. Furthermore, the film completely ignores the work of black civil rights activists who long pressured Rickey and other team owners to integrate baseball. Instead, 42 suggests that it was the work of one brave white man and a black man who knew when to keep his mouth shut.

But somewhere along the way – perhaps as the fantasy of a post-racial society led by Obama has receded these last few years – some forward-thinkers in Hollywood realized that we all might be better off asking black directors to tell these stories. As a result, 2013 gave us three truly progressive racial films. First, there was Fruitvale Station, the true story of the killing of a young black man, Oscar Grant, by a San Francisco transit cop in 2009. Writer/director Ryan Coogler, a recent graduate of USC film school, rightly received credit for depicting Grant not just as a martyr, but as a complex, troubled man who was part of a broken racial system. More recently, we saw the commercial success of Lee Daniels’ The Butler, which uses its story of Cecil Gaines, a White House butler who served eight presidents, to argue in favor of a path towards equality that includes both quiet servitude and direct political action. Although the film seems designed to appeal to mainstream white audiences with its casting of Oprah Winfrey and its conventional, Forrest Gump­-style narrative, its ultimate position on racial issues – that the time for keeping one’s head down and working has passed – seems to be a response to those earlier, more conservative films.

Now we have 12 Years a Slave, which shows American slavery in all its brutality. Director Steve McQueen is perhaps the perfect filmmaker for this topic, but not just because he’s black. Rather, it’s that his career has been dedicated to documenting and exploring human pain. His first film, Hunger, about a hunger strike by IRA members in a British prison, was an inquiry into the psychology of a man who would destroy his body to gain control over it; the film also featured several cringe-inducing scenes of prison beatings. 2011’s Shame documented several weeks in the life of a sex addict who drew little distinction between pain and pleasure. In each of his films, McQueen uses long, unbroken takes to let the pain of his characters reach the viewers. In an act of tremendous respect and deference to his audience, he spares us nothing and allows us to choose whether to watch or look away.

12 Years a Slave employs this technique to serve its most important purpose: to confront American viewers with the true evil of slavery. Nothing in any prior film – not The Blind Side nor The Help nor Fruitvale Station nor The Butler – could prepare you for the long whipping scenes (yes, there are several) or the unbroken, static shot of a slave, hanged just low enough for his toes to touch the muddy ground, on which he is forced to continuously re-align his feet to avoid strangulation. In this shot, his fellow slaves meander in the background, going about their work, having learned not to intervene. Here, the public nature of the hanging is essential – the slaveowners are sending a message about what happens to slaves who rise up – but McQueen is making us bear witness for a different reason altogether.

Based on the films of the last few years, it’s hard to imagine a white director making the same choices. They have consistently sanitized the worst elements of the black American experience in order to make a commercially viable product for white audiences. But it’s clear from the success of 12 Years a Slave, The Butler, and Fruitvale Station that American audiences – regardless of their color – are ready for a more meaningful conversation.