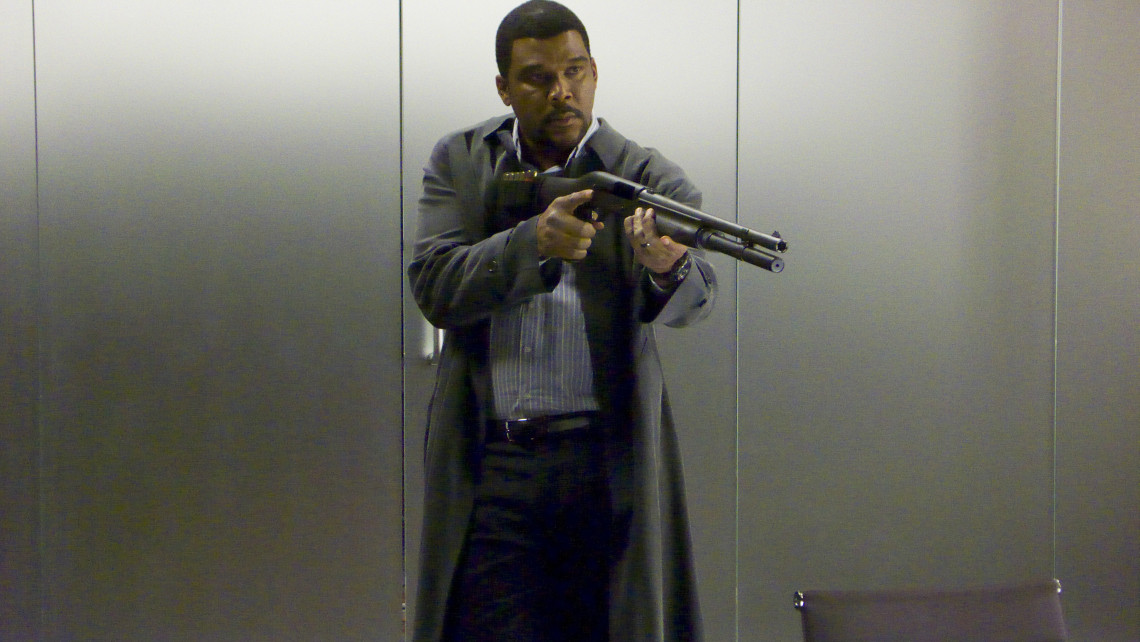 Mea Culpa: Why I Avoided Tyler Perry Films For So Long

A few weeks ago, Scott Mendelson at Forbes published a surprisingly positive survey of Tyler Perry’s film career. The piece, which is worth reading in full, highlights Perry’s unsung contributions to 21st century cinema, including how he essentially served as a bridge for black actors from the era when mid-range adult dramas like Waiting to Exhale (1996) and Love & Basketball (2000) were still part of a studio’s profit margin to today’s slightly more plentiful era of black cinema. Kerry Washington, Viola Davis, Taraji P. Henson, and Idris Elba all acted in a Perry production at some point and are now finally getting the more high-profile and (presumably) better-paying work that white actors of their ilk typically get.

In arguing for Perry’s inclusion in the canon of this century’s significant film artists, though, the article also implicitly points a finger at his fellow critics for failing to recognize this, and a white bias seems the most likely culprit. This is not to assign blame to any individual critic. It’s a systemic problem that speaks to the deep fissures than run through American society. By most measures, we are more socially, politically, culturally, and, yes, racially divided than at any other era since Reconstruction, and members of the media are hardly immune from these divisions.

And yet the article struck a deep chord in me. In case it wasn’t obvious, I am white. In fact, I have occasionally been referred to as “very white,” I grew up in the wealthy suburbs of Manhattan. I attended a prep school whose two most famous alumni are Barbara Bush and Nick Kroll. I’m vegan. I listen to “A Prairie Home Companion.” I have dachshunds. Somehow, despite my whiteness, I have accrued a significant body of work writing about race in film, including two pieces that I wrote last year for RogerEbert.com, “Beyond Ferguson: Pop Culture Through the Lens of Race” and “The Year After the Year of Racial Cinema, as well as a piece on white saviors, “Why Racial Films Must be Made By Black Directors,” for this site in 2013. Writing about race as a white critic can be tricky, so I have always tried to be extra sensitive and never condescending, patronizing, or out of touch. I guess I have succeeded, since no one has ever questioned my credibility, or called me an ignorant honky. But recently, I have started to question my own credibility. I wanted to share these thoughts because my concern speaks to a topic that deserves more discussion than it gets: how the lack of diversity among film critics might be contributing to their increasing irrelevance. 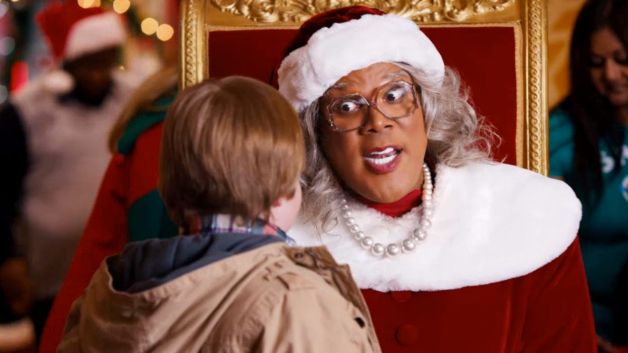 No good statistics on diversity in the critical community currently exist, but common sense will do the trick here. Try counting all the prominent black critics, and you probably won’t make it to double digits. The African-American Film Critics Association was founded in 2003 to draw attention to this problem (and to the under-representation of blacks in film more generally), but gains in diversity among critics have yet to be realized.

In the film industry itself, the lack of diversity has been well-documented, but the numbers remain startling. According to a 2015 UCLA report, minorities are underrepresented 2 to 1 among lead actors and directors, and 3 to 1 among screenwriters. It gets worse at the top: Film studio heads are 94% white, and studio management is 92% white. This monochromatic culture persists despite the fact that “films with relatively diverse casts enjoyed the highest median global box office receipts and…return on investment.”

Despite their healthy profits, Hollywood treats such movies as a niche product, although a double standard is being applied. Perry’s movies have had diminishing returns of late, but each entry in his Madea franchise has topped $50 million, with the highest grosser, Madea Goes to Jail (2009), making $90 million. If that is a niche, what do we call the Academy, which gave all its major awards this year to the $40 million-grossing Birdman? Or the critical community, whose favorite movies of the year, Boyhood ($24 million) and The Grand Budapest Hotel ($59 million), were both relatively low grossers and completely devoid of African-American speaking parts? Perhaps the takeaway here is that, in a divided culture, nearly every demographic is a niche, and every community has their own idea of what constitutes “mainstream.”

These cinematic subcultures may be equal, but they are also entirely separate. I’d wager that most Academy members have never seen a Tyler Perry film, while Perry himself admitted he had never heard of David Fincher, a critical darling, before being cast in his Gone Girl. It is a self-perpetuating system of cultural segregation, and both critics and filmmakers can play a part in bridging the gap. Perry does not screen his films for critics, and so they rarely get exposed to his sensibility. This should change. Maybe they wouldn’t enjoy his movies anyway, but maybe they would find something, anything, that they liked about them, and a thoughtful review or essay could emerge to challenge the critical consensus. Mendelson’s essay shows it can be done.

More importantly: If we don’t include black cinema in the public discourse, we are essentially trying to solve a problem—the underrepresentation of the black experience in film—with the same system that created it: a cinema made for mainstream, white audiences. Yes, I want more movies like 12 Years a Slave and Fruitvale Station (both of which were made by black filmmakers, but seem designed to speak to everyone) that document the systemic racism eating away at our society. But I also want to know the experience of black America in ways that are independent of whiteness. 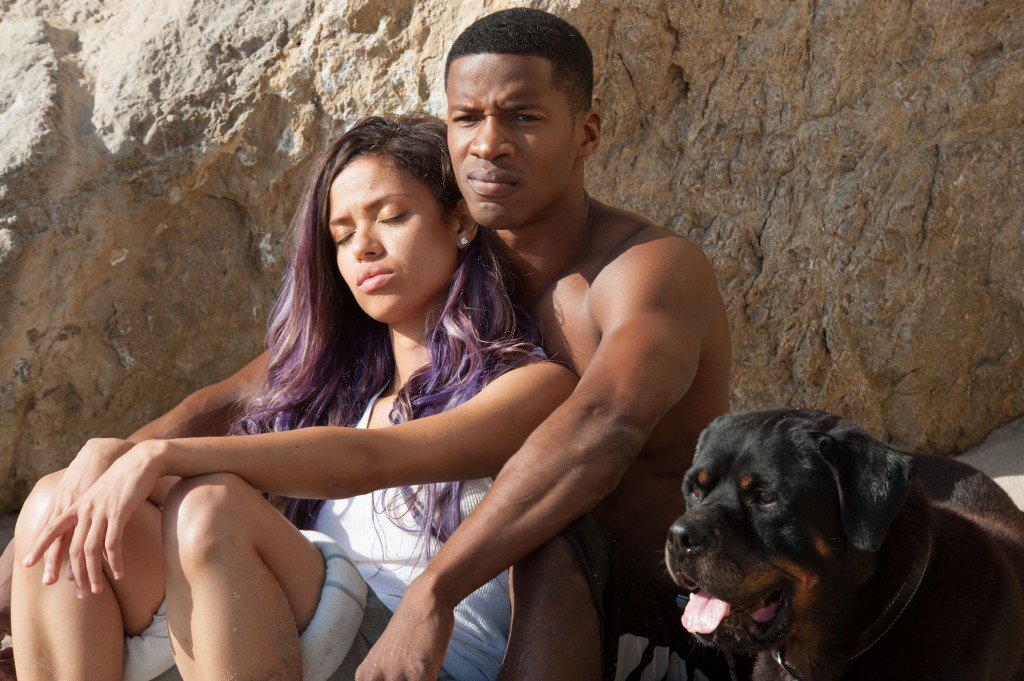 Consider Beyond the Lights, a late 2014 release that critics adored but still never found a white audience. The film is a stirring dramatic romance about Noni, a young R&B artist who falls in love with a cop. He’s black, and she is biracial. Although racial issues linger heavily in the subtext, the film never explicitly comments on them. It simply presents a world that is largely dominated by African-Americans and tells their story on its own terms. Like the films of Tyler Perry, it does not define blackness from the outside. Hollywood has no idea how to market a movie like this to the masses, and as a result, Beyond the Lights managed only a $15 million gross.

The suits in Hollywood appear to not think white people care about black cinema right now, and white critics who write about social justice in film should prove them wrong by drawing attention to the very movies some of us have ignored for too long. There is also an ancillary benefit: In this time of anxiety over the future of film criticism, we should all be making an effort to reach new audiences. Relevance needs to be earned over and over again, and examining an entire subculture of film that has largely been ignored by the mainstream critical community seems like a good place to start.

As for myself, I have erred significantly. Because I have never seen a Tyler Perry film (Gone Girl doesn’t count), I should not have presented myself as an expert in racial cinema. Why have I avoided his films for so long? The hard, honest answer is that I was afraid I wouldn’t understand their appeal, and I would expose my own ignorance of black culture. But I wrote recently on my blog that “any work of art attempting comment on the social issues of its day leaves itself open to future criticism,” and the same should apply to critics. All I can promise is that I will try to apply the same scrutiny to my own thought process that I do to the work of others. For now, consider this an apology, and perhaps a step forward.

3 thoughts on “Mea Culpa: Why I Avoided Tyler Perry Films For So Long”