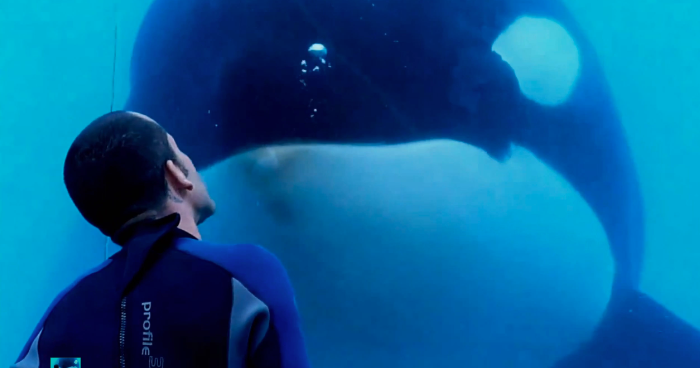 We are living in the documentary age. Among the many changes in the cinema world brought on by the proliferation of digital technology, it’s now easier than ever for filmmakers both aspiring and established to set their sights on a real-life person, issue, or event and capture it on film. It goes hand-in-hand with our strange new culture of eyes in every pocket. Pair this phenomenon with the new models of distribution enabled by the Internet, and docs are more accessible than ever before.

While nonfiction films still only rarely strike box office success, they can have considerable social clout.  Super Size Me made its own title an artifact by leading to the elimination of the McDonalds super size option. GasLand helped bring fracking to the forefront of national debate. This year, Blackfish has raised tremendous public awareness about problems in SeaWorld’s treatment of orcas, enough that the park issued a statement about the film. Here’s a choice bit from that statement:

“Blackfish is billed as a documentary, but instead of a fair and balanced treatment of a complex subject, the film is inaccurate and misleading…”

It’s not “fair and balanced.” This is a criticism that is inevitably seen every time an issue-focused documentary comes out. If it’s not that phrase precisely, then it’ll be words like “one-sided,” “agitprop,” “propaganda,” “biased,” or of course, “objectivity.” Usually, such accusations come from people who disagree with whatever stance the movie in question is taking, although some viewers automatically bristle at anything they perceive to be telling them what to think, even if they concur with the message. Such criticisms have come from both professional film writers and civilian watchers.

What interests me more about the SeaWorld statement, though, is this bit: “Blackfish is billed as a documentary.” The suggestion is that, since the film doesn’t conform to their standards of being “fair and balanced,” it apparently isn’t a documentary. And this speaks to this seemingly pervasive societal view of nonfiction cinema: that it is under some kind of obligation to impartiality, to “balance,” even to journalistic standards. And that’s a fatally fallacious approach to take.

For one thing, it’s incredibly limiting. Under this constriction, there’s no room for the many, many documentaries that have been made that don’t cover political or social issues. From this year alone, films like The Act of Killing, Cutie and the Boxer, Room 237, and even stuff I didn’t particularly like, such as Interior. Leather Bar or Aroused defy the expectations of strictly informational narrative. Documentaries can do more than teach a viewer about a subject. They can create empathy in ways that fictional film can’t. Pare Lorentz called documentaries, “factual films that are dramatic.” Allan King called his work “actuality dramas.” My preferred definition is, “reality, creatively rearranged.” Both allow for the great variety that exists within the art from. 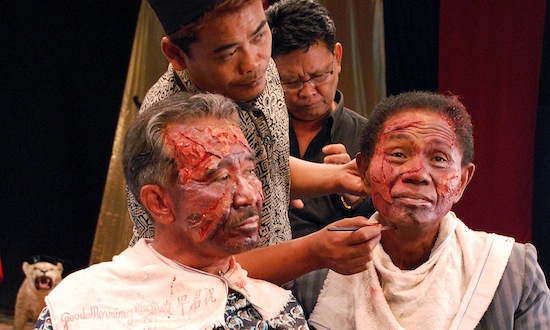 The SeaWorld statement is semi-correct about one thing – Blackfish is a simplification of a complex subject. But as I’ve discussed before (at length), film, by the nature of its medium, has to simplify things. A film that exhaustively explored every facet of how SeaWorld treats orcas would be 10 hours long. Even when dealing with factual material, actually getting all the facts straight is incredibly difficult. And a filmmaker makes hundreds of decisions both small and large in how they choose to present the facts that will affect how audiences process them.

Documentarians aren’t journalists. They are not bound by journalistic standards. They deal in real life, but real life must be creatively rearranged if it is to fit within an hour-and-a-half time frame, and the process of that arrangement will inevitably mean that there are shortcuts and omissions when it comes to the facts. What’s important is that whatever truth the filmmakers are attempting to get at through these real subjects is conveyed in some way that will hopefully create some kind of new understanding in the viewer.

I’m curious as to whether ditherings about “objectivity” have always flown so thickly in conversations around documentaries. They’ve certainly increased alongside the new proliferation of the doc, and in particular with the rise of the issue-focused docs. For several decades, American nonfiction film was dominated by cinema verité, which was generally more concerned with people and life than specific political agitation. Now, the issue films rule. Besides movies about nature, they are the only kind of docs that usually has a prayer of registering in box office calculations. And apart from aggressively feel-good tripe like Searching for Sugar Man, they are the only kind of docs that usually gets Oscar attention.

I believe this is linked to the culture of simple answers that has come along with the culture of eyes in every pocket. This is the unfortunate side-effect of the simplifying nature of film. In a world where many are too impatient to truly research important topics, people will see a documentary and believe they’ve learned everything they need to know about SeaWorld, or fracking, or McDonalds, or whatever. Most modern issue docs seem built as vectors for talking points, full of experts dropping easily digestible and virally spreadable soundbites and glitzy infographics. This is a real problem with message docs, not the fact that they choose to deliver a message without consideration to “the other side.”

There are documentaries that tackle more than one point of view in regards to its subject. With After Tiller coming out this week, multiple critics have compared it with 2007’s Lake of Fire, since both films concern abortion. Among other things, Lake of Fire has been lauded for its evenhandedness it presenting voices from all across the debate over abortion in America. And it truly is a great movie, and that balance is part of that greatness. But that balance is also part of the specific scope of the doc, which strives to be an examination of the issue. After Tiller, in contrast, is more character-focused, tied into an issue by the fact that those characters (doctors who perform late-term abortions) are at the heart of that issue, but only dealing with abortion tangentially. We only see “the other side” (anti-abortion protestors) the way the doctors see them: as nuisances, standing outside their clinics. That’s because this is the doctors’ movie, not the protesters’. There is a place for the approaches of both After Tiller and Lake of Fire. Both are great movies, but for different reasons.

And really, that’s the way it is with all cinema. The difference is that people take for granted that any way a fiction film may present itself can be valid, so long as it is successful in its execution. Some struggle with this idea when it comes to documentaries. For this, I blame talking point culture. But as I said before, talking point culture comes with Internet culture, and that’s the avenue that also allows us to view a greater variety of films than ever before. I hope that the next shift in documentary film sees more average viewers understanding the vast breadth of artistic, human beauty that the art form has to offer.

7 thoughts on “Objectivity in Documentary Film”