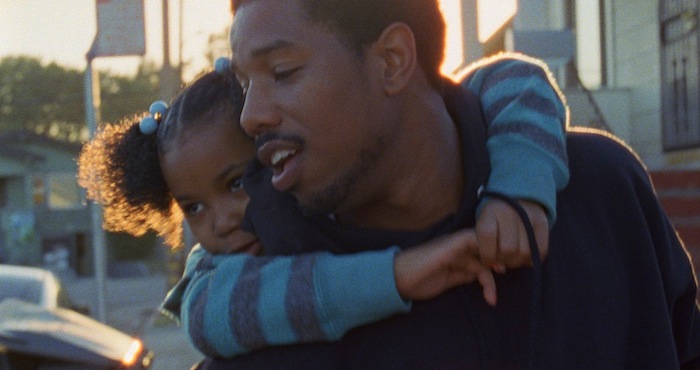 Film is an exceptional art form to convey truth.

Film is a shoddy art form to convey facts.

Whenever a high-profile film that’s based on recent events comes out, without fail, at least a small part of the conversation around the film is devoted to how “true” or “accurate” it is. Just in recent years, such debates have occurred over Zero Dark Thirty, The Social Network, even Pain & Gain and The Blind Side. The same rumblings emerged again with this past weekend’s release of Fruitvale Station, a dramatization of the last day in the life of Oscar Grant, who was shot dead by police on an Oakland rail platform on New Year’s Day, 2009. Some of the movie’s more negative reviews, especially Stephen Witty’s at the Star-Ledger and Kyle Smith’s at the New York Post, attack it for it’s divergences from the real events*. Even our own Christopher Runyon’s mostly positive look at the film expressed reservations about how it handled the dramatization of the facts.

This is a worthwhile discussion to have. In an ideal world, general audiences would know better than to learn their history from the movies, but this isn’t that ideal world. Titanic First Officer William Murdoch will likely be forever remembered as “the guy who was bribed by Billy Zane, then shot Irish McPotatoes” thanks to the James Cameron film, even though he was by all accounts one of the heroes of the sinking ship. John Wojtowicz, the bank robber who inspired Dog Day Afternoon, landed in hot water with his fellow inmates when they saw the film’s suggestion that he was in quiet complicity with the FBI’s killing of his partner, Sal Naturile. I can personally attest that my mental image of Mark Zuckerberg is formed wholly around Jesse Eisenberg’s portrayal of him in The Social Network. I know it’s not accurate, but I can’t help it. The visceral nature of film overrides anything I read about how he’s not a hyper-articulate sociopath.

Movies shape the way we think. But that doesn’t automatically obligate filmmakers who want to adapt a true story to rigidly conform to the record. It’s often impractical to do so. In order to create a coherent story that fits into a two hour or less time frame, there must be condensations, simplifications, rearrangements, excisions, and more administered to the real events. It’s rare for the particulars of an interesting story to intrigue artists – rather, it’s the ideas that those stories raise, and what could be said about our world by bringing them to the screen, that attract filmmakers to them. Those themes are the “truths” that I’m talking about here, as opposed to the facts of any given situation.

Facts are complicated, numerous, and require extensive examination in order to make any sense. Film is a short-form art. The average movie is around 100 minutes, and that’s not enough time to give more than a crash course in even the smallest aspect of the simplest subject. One cannot consider themselves informed about a topic when they have nothing more than a crash course. Of course, this doesn’t stop people from, say, watching a documentary** and believing themselves sufficiently schooled in healthcare or fracking or education or what have you. I’ll confess to having done this in the past, and you know you have, too. But it’s a wrongheaded way to approach film, a wrongheaded way to approach life, even.

Return to Dog Day Afternoon for a moment. Nearly forty years after that film’s release, little to none of the critical discussion about it concerns how it represents the events on which it is based. The same holds for most other “true story” films. As the context of proximity to the real event strips away, and viewers are removed from any personal feelings about that event, all that’s left is the artistry. I think there are elements of Fruitvale Station that will draw future viewers to it, chiefly Michael B. Jordan’s amazing lead performance. But far fewer people will care about how it deals with the facts.

For now, what’s the best way to look at Fruitvale Station? Unlike every other movie I’ve cited here, this one forcefully reminds the audience of its real-life context, both opening and closing with genuine footage from the reality in question. And the film deals with issues of race and police action that are harrowingly relevant right now, especially given that the events in question took place just over four years ago (to say nothing of the recent conclusion of the George Zimmerman trial). There’s a political edge to these themes, even if the movie does its best to focus on Oscar Grant as a character and avoid being overtly political. This movie is part of a charged atmosphere now, and you can feel it in most of its reviews, both positive and negative.

But I think that Fruitvale Station, and every other “based on a true story” movie, deserves to be taken on its merits as a film, and not as an account of what really happened. This movie contains some great truths about family and the tenuousness of life. However, if anyone goes into it to learn the facts of the real events on which it is based, then it’s going to let them down. That isn’t a slam against the movie, and this article isn’t concerned with what Fruitvale Station does and doesn’t do accurately in regards to the Grant shooting. It would be true no matter what kind of approach the film took in its portrayal of reality. Because film is not a great instructional tool. But it’s a terrific medium for empathy, and that’s what all the best films aim to engage.

*Both reviews, especially Smith’s, also hint at some rather repellent ideas on the part of the authors about those real events, but that’s not germane to this article.

**The question of how truth is represented in documentaries is it’s own article. For now, watch an Errol Morris film or two and muse about how differing perspectives and experiences make it difficult to ever really nail down the truth.

One thought on “Truth, Facts, and ‘Fruitvale Station’”