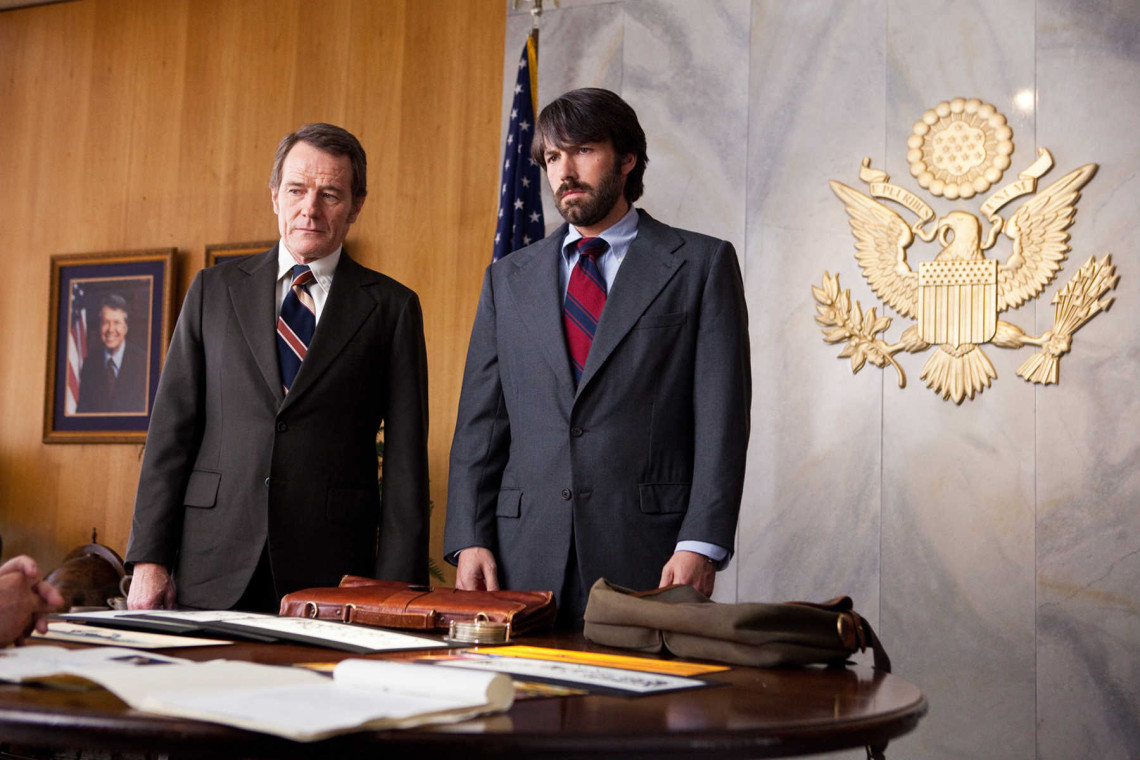 How Documentaries and Fiction Films Can’t Handle The Truth

There are many, many hoary quotes one could pull out in regards to the malleability of history, most obviously the one about how it’s written by the winners. But we must acknowledge that the past isn’t an actual, tangible narrative—it’s only what we remember. And history is dictated by a collective memory—or, rather, a history is a collected memory, since different people will tell different versions of the past. Thus, it’s a messy subject that’s prone to mercurial temperaments, circumstances, worldviews, and the ever-thorny revelations of previously unknown evidence. But the importance of history should never be compromised by its complexity, because so much mass action and policy is built on it.

From its beginning, cinema has been obsessed with recreating the past. Indeed, some of the most significant formal developments in film came by way of historically-based films. In 1895, The Execution of Mary, Queen of Scots was one of the first movies to use a jump shot (it was used to depict the execution). And, of course, D.W. Griffith’s controversial and pioneering Civil War epic Birth of a Nation incorporated multiple real events into its story. In more recent years, Birth of a Nation has become just as renowned for its uncomfortable racism as for its filmmaking prowess. But critics, historians, and viewers have given the former a pass due to the strength of the latter. Fictional films have always been able to use creative license to shield themselves from criticism over how their handling of history may affect audience’s perceptions. Nonfiction cinema, however, is a different story. In that realm, “accuracy” is a concern that often overwhelms artistic considerations.

Worries over how documentaries affect their viewers aren’t unfounded. Too many people still think lemmings commit mass suicide in part because of Disney’s White Wilderness, which staged its footage of furry critter cliff-jumping. I argued a while back that documentaries are not beholden to any standard of “objectivity” and can use whatever existing materials they wish to in pursuit of their visions. But even I cannot deny that within the relationship between audience and film exists the elemental equivalent of an ice-breaker trust fall. And while no one should only use docs to learn about history (or anything), doing any further research on a topic sometimes seems frustratingly outside some viewers’ capabilities. It’s an unenviable burden on nonfiction artists.

But then there are filmmakers who lean into the fact that many will use their work as instructional tools. Hell, that’s the raison d’etre for half the stuff on PBS. And with the recent rise of the “advocacy documentary” comes movies that one could suspect are made to stand alone as arguments about social issues or historical events, and to be recycled as talking points as their watchers please. A documentary can be a weapon in culture wars both major and minor. 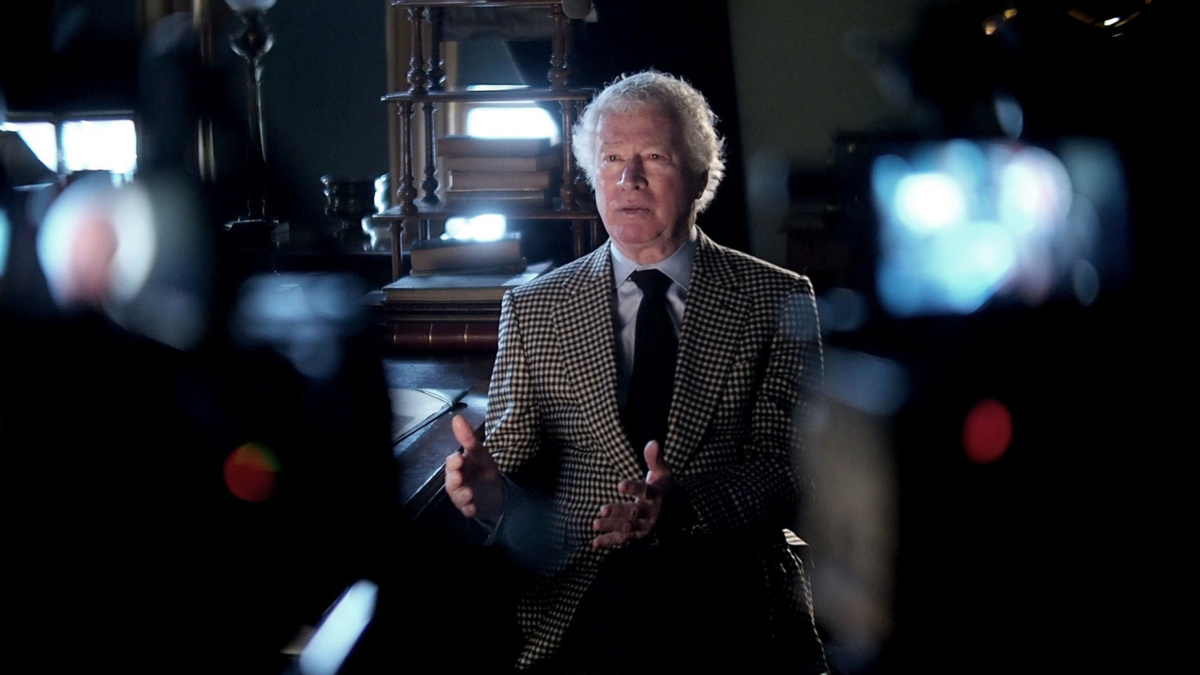 From the moment it premiered at the 2013 Toronto International Film Festival, Larry Weinstein and Drew Taylor’s doc Our Man in Tehran, which just opened in limited release across North America, has been positioned as a factual corrective to 2012’s Best-Picture-Oscar-winning Argo, which fictionally depicted the real event Weinstein and Taylor tackle. The event in question is the “Canadian Caper,” the 1980 scheme concocted by the Canadian government and the CIA to exfiltrate six fugitive American diplomats from the Canadian embassy in Tehran, Iran in the midst of the Iran hostage crisis. Argo controversially minimized the roles of the Canadian participants in the rescue, particularly ambassador Ken Taylor. Our Man in Tehran does the opposite, paying little mind to the details of the fake movie production the CIA invented as a cover for the diplomats.

Between Argo and Our Man in Tehran, you have two sides of a conversation about history. There’s an American telling of the story versus a Canadian version, the CIA perspective versus that of diplomats and politicians, and the action-filled approach versus measured, patient negotiations and planning. And, naturally, there are embellishments for the sake of drama versus matter-of-fact relaying of events. On that latest front, Our Man in Tehran certainly has a massive advantage in the aspect of truthfulness.

And yet the doc version, Our Man in Tehran, does not quite convey a fuller objective picture of the Iran hostage crisis. One major thing it omits, but which Argo incorporates, is the CIA’s role in bringing the Shah to power. That’s a vital piece of context to the Iranian Revolution’s origins that feels left out for the unflattering light it throws on the West. And that illuminates another dimension to any Argo-vs.-Our Man comparison—that this isn’t a two-sided history at all. There’s another, larger side that’s been redacted. Both movies minimize the Iranians to the role of antagonists—a faceless mass of boogeymen acting as obstacles to be overcome. Both movies try not to outright demonize them, but they are nonetheless playing the role of the “other.” It’s especially unfortunate with Our Man in Tehran. I, of course, have no personal understanding with what exactly went on behind the scenes, but was getting even one Iranian to talk about their experience during the crisis truly an impossible task?

Therefore, neither Argo nor Our Man in Tehran can claim an edge on the truth of the situation. It can’t even be said that the truth lies somewhere in-between the two stories, since both have massive holes. Any attempt to pit the two against one another instead reveals just how little film as an art form has come when it tackles history. History is multifaceted and dizzyingly intricate—but movies have to keep it under two hours, generally. Time and again, compromise is cinema’s biggest weakness. But because it is such an immediate, visceral art, it’s easy not to consciously notice or think about the concessions.

That straightforward nature appeals to a political and cultural climate that usually has no patience for nuance. Our Man in Tehran may have been made to hop onboard the interest created in its subject by Argo’s popularity, but its history still has contemporary ramifications. Relations between the West and Iran continue to be tense. It’s highly unlikely that any viewing of this doc will have a major diplomatic impact, for good or ill, but it’s still worth considering how the movie portrays the Iranian players in its plot. Canadians and Americans are humanized by their presence as talking heads. Iranians get a voice only through historical recordings, and they often go unnamed—with the main exception to this being, of course, the Ayatollah.

To make a historical documentary is to inherently make a case for real life events and subjects. This holds true even if one merely intends to tell an interesting story, as is the case with Our Man in Tehran. Filmmakers do not need to perfect and pigeonhole their arguments, even though they should do their best to make them coherent and in good faith. But they should be aware of what they are saying both explicitly and implicitly about their subjects. That has less to do with any obligation for a movie to act as a credible academic resource than it does with the movie being a self-contained, interesting work of art—which is often lost if the sole aim of a film is to be a talking point. Inaccuracy can be a consequence of a self-perpetuated cycle. Our Man in Tehran seeks to be an anti-Argo, and in the process falls prey to its own prejudices. When films are bullets in an ideological tussle, what use are they once expended?