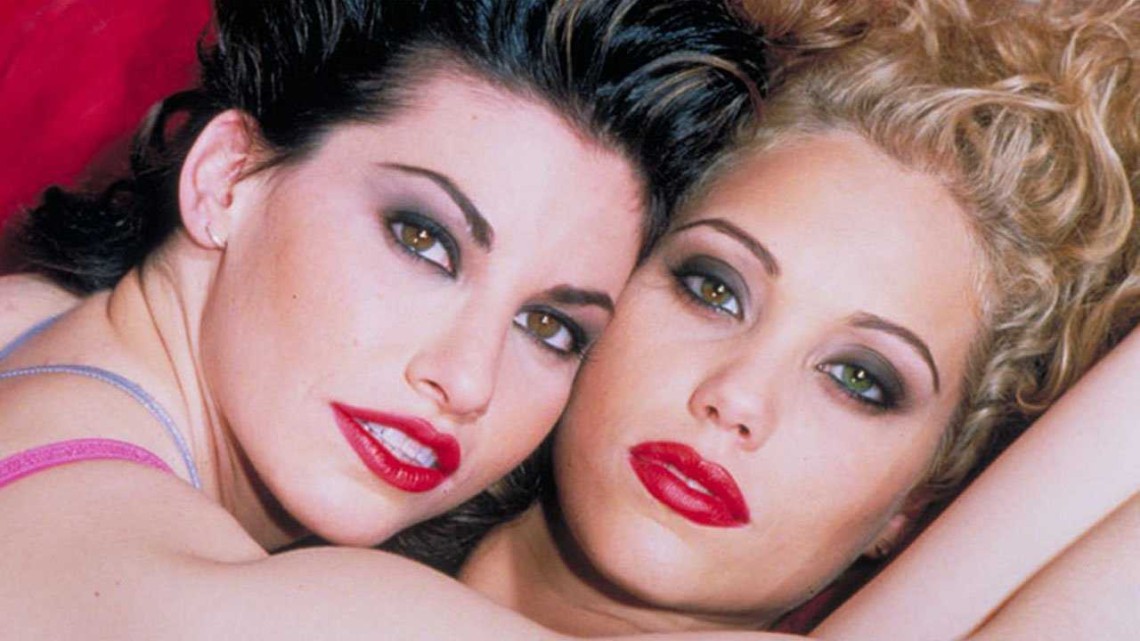 “You didn’t convince me” was the first substantial comment I received on my book It Doesn’t Suck when I passed around advance copies to friends and colleagues in early spring of 2014, after my editors at ECW Press had signed off on a final draft. Suffice it to say that this was not the most encouraging response on the eve of publication. And, as it came from a colleague whose opinions I hold in high esteem, it colored almost all of the reception that followed.

Of which there was plenty. It turns out that writing a book about one of the most scorned American movies of the 1990s is a good way to get the attention of arts editors in the English-language media-sphere, especially as we approach its 20-year anniversary. September 22, 1995: a date which will live in infamy. I read the reviews of my work with interest, and occasionally annoyance, especially when writers restated ideas already present in the text as if they were their own. But even when people liked it, I couldn’t help but think of that initial reaction and wonder if a thirty-thousand-word exegesis that couldn’t persuade somebody that Showgirls was worthy was a special kind of failure—a salvage operation that hoisted the tarnished treasure up halfway before dropping it again helplessly into the mire.

This in turn led me to ask myself after the fact: What was I trying to prove? During my research for It Doesn’t Suck, I found myself regularly inflamed by archived mainstream reviews condemning Showgirls’ craft: damning assessments of its supposedly lousy and amateurish camerawork and editing. In the book, I tried as much as possible to call attention to the excellence of so much of Paul Verhoeven’s filmmaking in his fourth and in some ways most “realistic” American feature: the use of the Steadicam to build the various casinos and dance parlors as multi-directional, quasi-documentary spaces; the quicksilver cutting of the production numbers, which were in turn clearly patterned after different eras of exploitation cinema (from Biblical spectaculars to Russ Meyer biker-babes); the calculated outrageousness of the sex scenes, which are perfectly mirrored in terms of gestures and positioning (indeed, the entire film is filled with moments and shots that are reflective of one another).

My point was not (merely) that this alleged omnibus of mediocrity was in fact a very well-made movie, but that the failure of critics to make mention of this—whether as a sin of omission or outright lying—was suggestive of how Showgirls never had a chance in the pop-cultural climate of 1995, which was looking for a big, tacky dartboard of a movie to hurl insults towards. The idea that a film could be overtly absurd on top—i.e. in its acting and dramaturgy—and rock-solid underneath, or that this tension could be deliberately built into the project, just didn’t seem possible to a press corps that acted to totalize their disdain.

Twenty years later, pointing out all the objectively accomplished aspects of the movie seems almost too easy, and indeed, when I’ve introduced it at screenings in Toronto and New York City, audience members have told me (both during Q&As and in unofficial conversation afterward) that they were “surprised” by “how great it looks” and that “it’s a beautiful film” (all quotes verbatim, at least as I remember them). So: Showgirls doesn’t suck, at least not on a technical level. The question then is whether all that other stuff—you know, acting and dramaturgy—elevate it above its baseline competence or else hurl it on down the artistic-evolutionary scale to the bottom its detractors insisted (and still insist) that it so painfully scrapes. 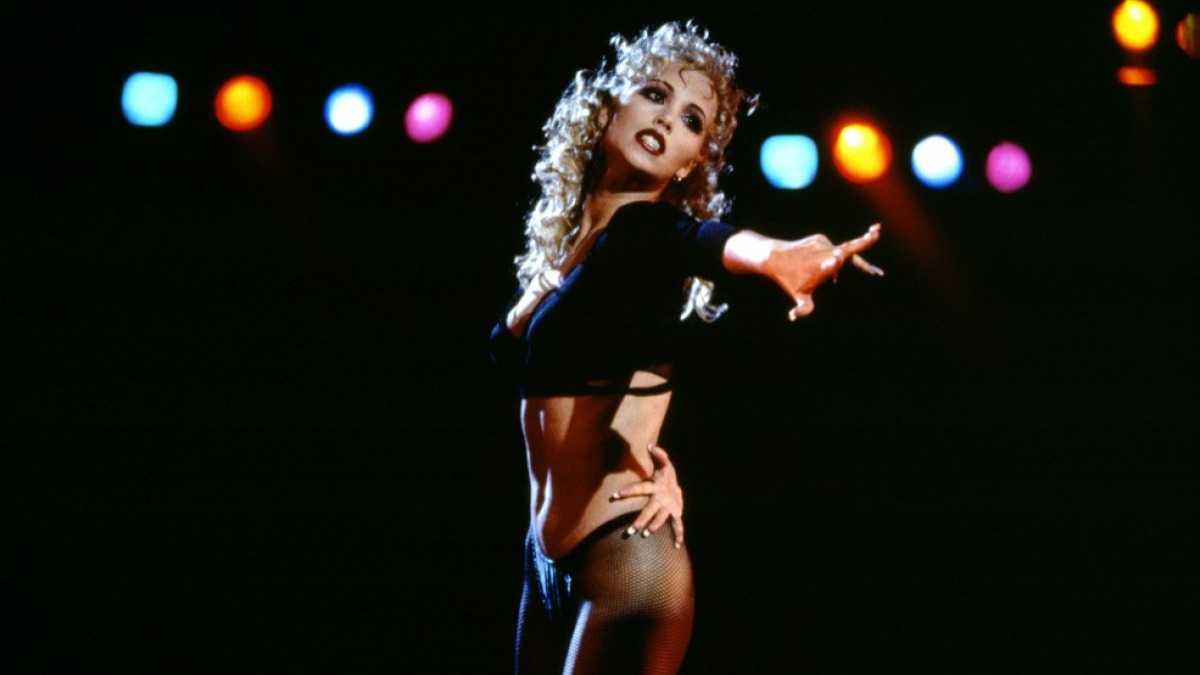 It’s here that I focused more of my efforts, and where I’ve since convinced myself that I probably didn’t—or couldn’t—convince anyone of anything, possibly because I went out of my way to hedge my bets. I took my cues from a scene in the then-unproduced screenplay of Mia Hansen-Love’s Eden, which I was allowed to look at as preparation for my work, one Showgirls fan to another (as always, I say: merci beaucoup, Mia). As it turned out, this very funny sequence, in which a group of Parisian pals argue tetchily after a VHS screening of Showgirls, became the framework for the entire book. The diametrically opposed positions of two characters, Arnaud and Cyril, illustrated the extreme poles of critical response, pro and con, while the more measured interjections of Paul—the film’s protagonist—gave me an outlet for my own fond ambivalence.

In its filmed incarnation in Eden, the scene works as an amusing digression from the main action, and also as a clever riff on the idea of pop-cultural taste-making; Mia’s movies are usually about artists (writers, filmmakers, and musicians) who work to the side of the mainstream, and so having her aspiring EDM-star characters talk about a cult-beloved Hollywood bomb makes a sidelong sort of sense. (Seeing the film at TIFF last fall was surreal, as I was surrounded by friends who had read my book and recognized the dialogue when it began; how strange to see a movie for the first time and know one of it scenes by heart.) In my book, however, I’ve come to think that taking the middle position on Showgirls, however honest to my own accumulated responses towards the movie, is a bit of a cop-out. A movie that throws itself over the top with that sort of gusto deserves a similarly go-for-broke response.

So here goes: I think that Showgirls is better than I originally gave it credit for. This is not because I’ve come to enjoy it more: once you’ve gone shot-by-shot through a 130-minute movie, you’re lucky if you can look at more than a few minutes of it at a time without wincing. Rather, it’s that I’ve been in the unique position to watch it through the eyes of other people—namely, the many people, friends and strangers alike, who’ve contacted me in the interim to say that they’ve watched the film and enjoyed it immensely. Not on an abstract or theoretical level—as a proving ground for Sontag’s “Notes on Camp” or a post-modern gloss on musicals—but as a big, glistening slab of entertainment, i.e. the exact thing its detractors seemed sure that it wasn’t.

One conversation sticks in my mind especially clearly. While waiting for a screening of the film for my book launch at TIFF Bell Lightbox, I was approached by a man in his early fifties who asked me to sign a copy of It Doesn’t Suck I asked him if he’d seen Showgirls before, and he said that he had, many times, and that he was curious to know what I would have to say about it. “Is that because you can’t believe that anybody would write a book in support of this movie,” I joked. “No,” he said. “It’s because I can’t believe that anybody didn’t like it in the first place. It’s obviously great. ”

All of a sudden, I felt like I’d spent an awful lot of time and effort constructing an argument that was at once too restrained to convince dissenters and too elaborate for those who were already onside. Or, as an audience member said during a Q&A at TIFF Bell Lightbox, to his friends but audible from the stage: “Blah, blah, blah. Start the movie, already. ” I pretended not to hear him, but his words came through loud and clear. Take his advice. Start the movie, already. Who needs convincing, anyway?