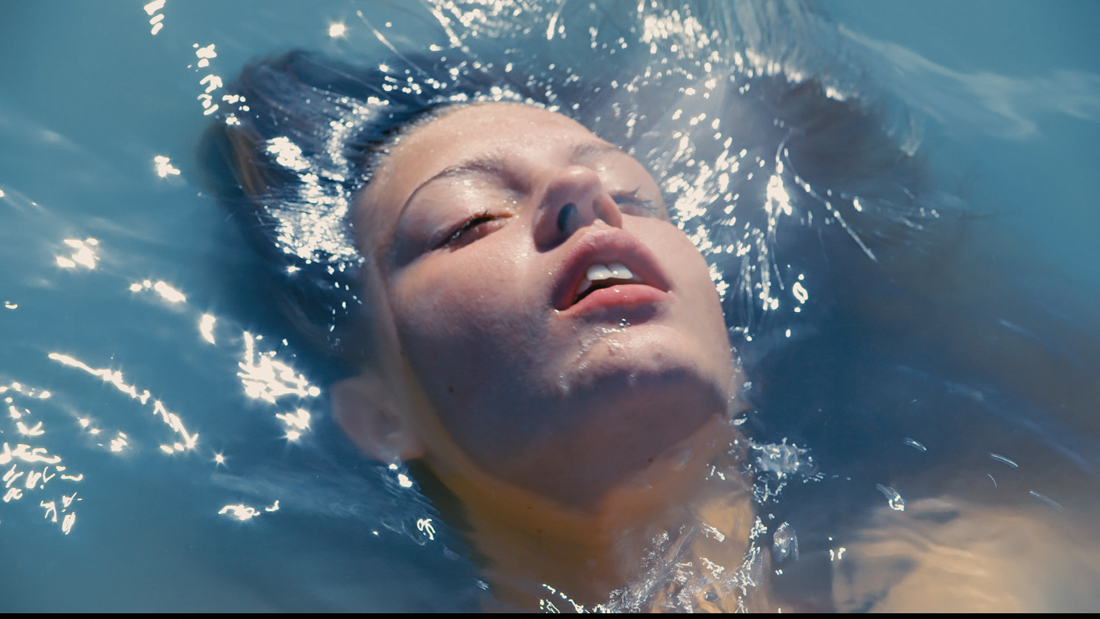 In what is habitually a treat for cinema fans, the elite home video distribution house The Criterion Collection announced its February lineup Friday. Among the titles was Blue is the Warmest Color, French director Abdellatif Kechiche’s coming-of-age story that has become a magnet for controversy since taking the Palme d’Or at this year’s Cannes Film Festival, a factor which has proved invaluable to the film’s success.

It’s an unexpected entry to the Criterion canon, especially since it was just released stateside last month. Criterion’s mission statement is to offer “important classic and contemporary films,” and one would be hard-pressed to disagree that Blue is the Warmest Color belongs in the latter category. The film has a unique lingering spell; lead actresses Adéle Exarchopoulos and Léa Seydoux are so transcendently good as the central romantic couple that it’s possible viewers might find themselves ruminating about the characters days later.

It’s a side effect of the three-hour running time, which spans roughly seven years in the life of Adéle (Exarchopoulos) as she endures high school and her world-changing romance with the slightly older but infinitely more experienced Emma (Seydoux). The early scenes between them are unusually drawn out, inviting viewers to witness two people falling for each other in as nakedly honest a way as a camera can capture. There’s no meet-cute or witty banter from either; their conversations consist of the mundane details of their lives, punctuated by charmed smiles and exploring eyes. Never before has a discussion about art school been so captivating. But it would be foolish to believe that the whirlwind of controversy surrounding the film didn’t boost its rung-climbing status.

Before the Cannes jury awarded Blue the festival’s top prize last May, word of the explicit sex eclipsed many reports of the film itself, which quickly came to be known to those outside the fest as “the one with the 20-minute lesbian sex scene.” Julie Maroh, the author of the graphic novel on which the film is based, criticized the sex scenes, dismissing them as pornographic. Nevertheless, the jury was so taken by the film and its stars that it chose to bend the rules this year and presented the award to director Kechiche, as is customary, in addition to Seydoux and Exarchopoulos. The three accepted the award, all smiles and warmth and graciousness. 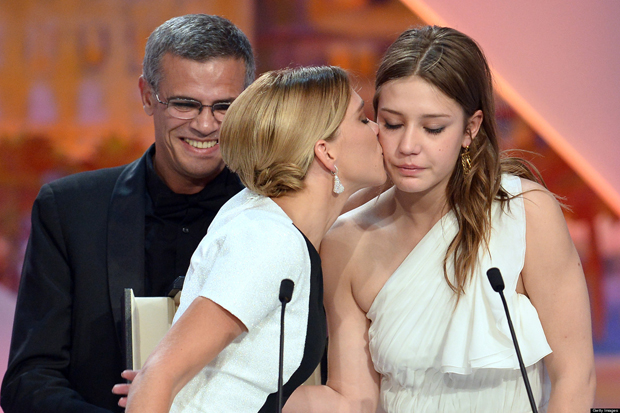 Abdellatif Kechiche, Léa Seydoux and Adèle Exarchopoulos accepting the Palme d’Or at the Cannes film festival in May 2013

But when the film screened months later at the Toronto International Film Festival, it was in the wake of an interview with the two actresses in which Seydoux deemed the production experience “horrible” (the sex scene alone took 10 days to shoot), condemned Kechiche’s methods as bullying and vowed never to work with him again. The interview launched a much-publicized back-and-forth between Kechiche and the two actresses, which grew nastier the longer it went on and finally culminated with Kechiche telling French magazine Telerama last September that he didn’t want the film to be released at all; the controversy had tainted it. 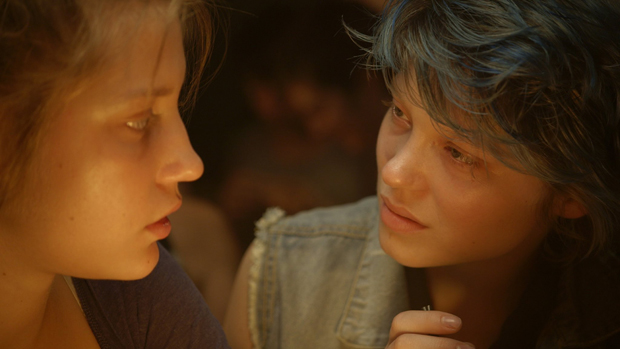 Exarchopoulos and Seydoux in ‘Blue is the Warmest Color’

Forget for a moment that Blue is the Warmest Color is great. It’s a loaded, emotionally blistering experience with two incandescent performances at its heart. But many viewers likely bought their tickets based on other, more superficial reasons. Beyond festivalgoers and hardcore cinema fanatics, and despite its universal themes of young love and longing, Blue is a tricky sell. The call of a subtitled three-hour drama about a lesbian couple featuring two actresses with unpronounceable names is unlikely to be heard without a bit of amplification. The notion of a 20-minute lesbian sex scene is enough to garner the attention of American audiences, even if that number was greatly exaggerated. (The scene is actually only around 10 total and spread out over the course of the film). The sex was also explicit enough to fool many into thinking it was unsimulated (it’s not), which easily earned the film an NC-17 rating in the U.S. 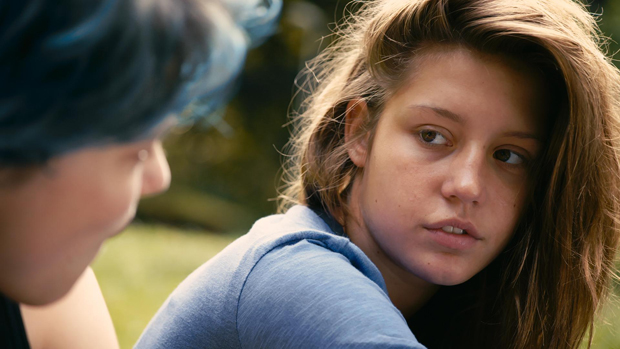 Because the lengthy love scenes are what caused the initial stir, they’re the reason most people paid attention in the first place. It takes sitting through the film to discover that the sex is not only ridiculously over-the-top and stuntedly performed, but also superfluous to the narrative. There’s nothing in those scenes that deepens or reveals anything new about Adéle and Emma’s relationship. They’re gratuitous, misguided, even boring. In them, Kechiche – a heterosexual – fumbled for truth and passion, but instead wound up contriving little more than softcore sapphic sensationalism. The sex scenes are the only time in which the unease of actresses – heterosexuals themselves – is transparent. They do their best to adhere to Kechiche’s wrongheaded conceptualization, but it’s a lost cause. 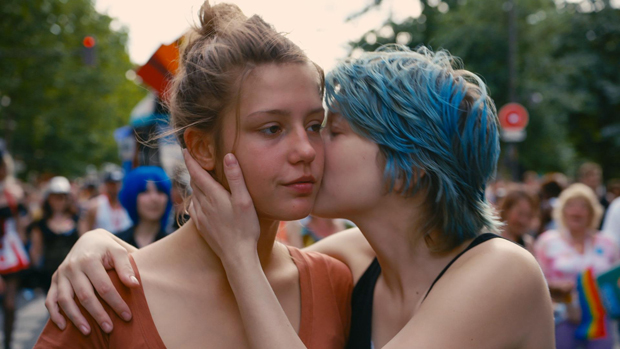 Tracking the controversy from its inception was exhausting and, no matter how highly people spoke of the film, jeopardized my desire to see it by the time it was finally released. It would be impossible to watch these actresses perform and ignore the fact that they felt uncomfortable or exploited, not just in the sex scenes, but in the intensely emotional ones as well. The film thankfully sheds light on the accusations made by both parties, and somewhat mitigates the concept that the actresses were made out to be Kechiche’s puppet-slaves.

After seeing the film, one thing is absolutely clear. In that initial interview, Seydoux claimed Kechiche didn’t know what he wanted and demanded an inordinate amount of takes for a few seconds of screen time (the shoot, only supposed to last two months, sprawled to five-and-a-half, and reportedly yielded nearly 800 hours of footage). Kechiche’s undisciplined style is apparent onscreen, but it’s also clear that the actresses, even if they were at times allegedly mentally and emotionally tapped, never lost hold of their characters. They remain remarkably resilient throughout, and even Kechiche’s wayward narrative drive can’t diminish the soulfulness they bring in droves to their every scene. Their performances prove that they understood their characters’ relationship far more deeply than even the director did.

As the director, it’s less trouble for Kechiche to spend so much time and energy on a project because his work is predominantly his life. For Seydoux and Exarchopoulos as actresses, though, inhabiting the minds of these characters for much longer than originally anticipated understandably took its toll. 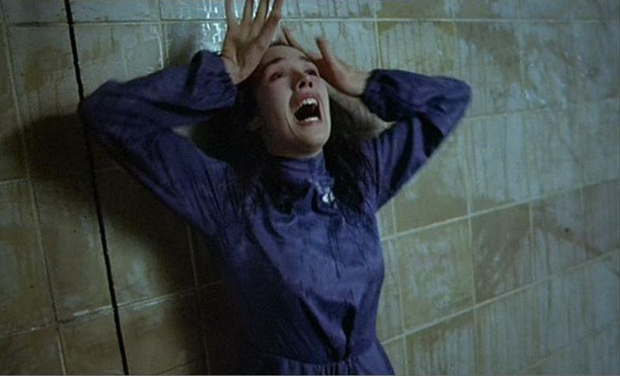 It’s a queasy idea that some of the greatest, most indelible performances by an actress were aided by a director’s megalomania. Lars von Trier famously terrorized Björk during the filming of Dancer in the Dark, which helped foster her frightening embodiment of her character’s desperation and euphoria. Or consider Isabelle Adjani, who allegedly attempted suicide after seeing her hysterical performance in a cut of Polish filmmaker Andrzej Żuławski’s 1981 freak-out Possession, damning the director for exposing her soul so nakedly on camera.

But what segregates those directors from Kechiche is their uncompromising preparedness and assured vision. While making Blue, Seydoux and Exarchopoulos were at the mercy of a person in authority who repeatedly failed to lead. It wasn’t Kechiche’s methods that extracted such exquisite performances from his actresses; it was their defiance in withstanding them. In that joint interview, after Seydoux declared the experience “horrible,” Exarchopoulos immediately followed with, “We wanted to give everything we have, but sometimes there was a kind of manipulation [by Kechiche], which was hard to handle.” Not only did Kechiche fail to guide his performers, he even went so far as to stand in their way.

If you haven’t seen Blue is the Warmest Color yet and are waiting for video, here’s a viewing tip: Skip to the sex scene first. Watch it. See what the unjustified hype was all about. Satisfy your curiosity and get the mechanical, choreographed, simulated grinding, gyrating and flailing limbs out of the way. Then start from the beginning and watch it without the needless distraction. It will be far more rewarding that way.