Recounting our favorite moving images from 2015.

Every year, someone online will always make the brave stance that it was a weak year for films. Sometimes, this is their way of saying that mainstream blockbusters let them down, or that they didn’t like the arthouse fare that made its way to their part of the world. And sometimes, it’s that person’s way of saying they simply didn’t see enough movies. But 2015, like every year before it, was brimming with quality cinema, whether it was in telling stories of futuristic dystopias where gas and water are at a premium, of dogged journalists hunting down the truth behind decades of sexual scandals in the Catholic Church, of human emotions personified, or real-life psychological experiments. The list goes on. Rather, it’s about to start; Movie Mezzanine is proud to unveil our top 50 films of 2015, based on ballots from our writers and editors. Prepare yourselves to ride shiny and chrome through the gates of Valhalla, and read on.

Guillermo del Toro is ill-served by his reputation as a horror auteur. The man makes movies swaddled in horror’s clothing, but even in his two purest horror films (Mimic and The Devil’s Backbone), he isn’t as interested in the horror of horror as much as the awe of horror; his eye captures phantasmagoric wonder instead of terror. No del Toro production encapsulates his romantic fascination with horror better than Crimson Peak, a picture that harkens back to the days of Hammer Horror and makes a series of nods to the likes of Mario Bava, Charlotte Brontë, and Charles Perrault. It’s a ravishing film made with sublime attention to detail, and the kind of ghost story – or story with ghosts in it – that you’ll want to live in. -Andrew Crump

Blackhat is a globetrotting physical journey all about the intangible movement of data, ostensibly factual pieces of code and information that Stuart Dryburgh’s half-crisp, half-blurred digital cinematography points out as filled with half-truths and interpretative subjectivity. As with all Michael Mann, this is a violent movie about hard-edged men that is nonetheless soulful in its evocation of the agoraphobia of the recently decarcerated and, in one chilling shot, of a dying person’s final moment of sight. In tracking the evolution of crime and crimefighting, Mann discovers a fluid, transient state close to our actual sense of perception. We are thus not catching up to technology, technology is catching up to us. — Jake Cole

Steve Jobs succeeds in its depiction of the titular tech mogul because it understands what most films of this nature do not: that facts are often less important than truth. Aaron Sorkin’s script foregoes the usual biopic trappings and wisely avoids a “greatest hits” highlight reel of its subject’s life, arguing instead that the essence of a man is not simply what he accomplishes, but the relationships he builds (and burns) along the way. While the three-act, dialogue-heavy structure may initially seem more appropriate for the theatre than a feature film, director Danny Boyle smartly uses careful framing and editing to portray a man gradually drifting apart from his peers. The result is less a biographical sketch and more a probing exploration of ambition, belonging, and what it means to be human. Jobs famously encouraged people to “think different;” with Steve Jobs, the filmmakers did exactly that. — Andrew Johnson

47) The Diary of a Teenage Girl

Such tricky material; such delicacy and emotional honesty. The adolescent sexual awakening at the heart of first-time director Marielle Heller’s adaptation of Phoebe Gloeckner’s graphic novel isn’t always pretty or pleasant; in fact, it often verges on the positively dangerous. But Heller is more interested in empathy than easy judgmental moralizing. And as interpreted magnificently by Bel Powley, Minnie Goetz emerges as just another of this year’s many feminist heroines: a young woman gradually, through thick and thin, discovering her agency, emotional, sexual and otherwise. — Kenji Fujishima

A large part of what makes this vampire mockumentary from Jermaine Clement and Taika Waititi so hilarious is the duo’s ability to find humor in both over-the-top situations and small mundanities. The two seem just as happy writing corny puns as they are crafting ridiculous setpieces (like a vampire/werewolf fight). What makes almost every joke land, however, is their grounding in realistic(ish) relationships; beneath the arterial bloodspray and zombie masquerade balls lies a simple, poignant exploration of what it means to be an outsider. And who can’t relate to the frustration at a roommate’s failure to do the (literally) bloody dishes? — Andrew Johnson

Victoria is often unfairly boiled down to the “single-take” movie, a two-and-a-half hour European heist film structured around a tricky gimmick. But there’s more to Sebastian Schipper’s story of a Spanish ex-pat (Laia Costa as the title character) who gets in too deep with a band of seemingly harmless ne’er do wells in the early morning hours of a day in Berlin. The real-time narrative unfolds almost lazily in its opening scenes, more charming hang-out movie than thriller. But the unique rhythm pays off in the final hour as we, along with Victoria, are helplessly swept up in the criminal activities of her new friends, leading to a nerve-shredding finale. — Mallory Andrews

The western has been toyed with, deconstructed, revisioned, acidified, spaghettified, parodied, reconstructed, and much more, and yet there hasn’t been anything quite like Slow West. It ambles along as gently as the title suggests, until it’s time for bullets to tear all peace apart. It carries understated empathy for its characters, but coldly lets them slaughter one another. It maintains a stoic surface, yet delivers some wonderfully funny sight gags and outright pratfalls. It’s a mordant, stylish, and unique spin on its genre. And it doesn’t hurt that it culminates in one of the best action setpieces of the year. — Dan Schindel

Following up his blisteringly funny Listen Up Philip with a persona swap film worthy of Polanski and Bergman, Alex Ross Perry has quickly established himself as one of the most exciting American directors of his generation. In Queen of Earth, Perry re-teams with Elisabeth Moss who (along with Katherine Waterston) spends an emotionally fraught week at a lake house in the wake of a break-up and her famous father’s untimely suicide. Jumping time frames between pre-and-post trauma summers at the lake, Moss crafts a daring performance as a privileged and sheltered young woman who may have always been on the verge of a nervous breakdown. Women laughing alone with salad, this is not. — Mallory Andrews

By 2009, when Asghar Farhadi’s masterpiece about a group of friends vacationing by the Caspian Sea was first released in Iran, the intricate structure of the director’s storytelling had already begun to feel like his artistic trademark. With About Elly, the familiar elements of his filmmaking coalesced into a tour de force mystery thriller that, despite the formally impeccable, universally acclaimed A Separation, remains the filmmaker’s best film. About Elly is a technically impressive, precisely performed and morally complex exploration of truth that doubles as a keen study of the Iranian middle class. — Amir Soltani

With unprecedented access to hundreds of hours of Marlon Brando’s personal audio recordings and film footage, for director Stevan Riley to cull this mess into a coherent whole would seem like a nearly impossible task. But mere coherence was not Riley’s only goal, as his mesmerizing Listen to Me Marlon reaches far beyond the constraints of a conventional biographical documentary. It is less a portrait of a man than an impressionist painting told in the legendary actor’s own sometimes inscrutable words. It both lays bare the humanity behind Brando’s enthralling onscreen persona, while at the same time illustrates unknowability of men based solely on the fragments they leave behind. — Mallory Andrews

More moral conundrum than sci-fi spectacle, Ex Machina (the directorial debut of screenwriter Alex Garland) is a conceit worthy of the best episodes of Star Trek. Software engineer Caleb (Domhnall Gleeson) is tasked with evaluating the self-awareness of his boss Nathan’s (played to slimy tech-bro perfection by Oscar Isaac) latest invention: a complex A.I. program in the form of the alluring Ava (Alicia Vikander). The claustrophobia of Nathan’s remote compound heightens the rats-in-a-maze tension, as the trio warily circle each other in a test of humanity more ethically thorny than that of artificial intelligence. — Mallory Andrews

A gimmick movie is only as good as its commitment, and Unfriended is one of the surprises of the year for how shrewdly and totally it replicates the sense of a life lived online. Replications of applications user interfaces not only mimic the clustered chat of Skype calls but the overlapping experience of surfing one’s computer, flitting between various message threads, video calls, music players and social media with attention-deficit abandon. The eerily perfect design is unsettling in and of itself, containing an entire way of life within the confines of a laptop screen, but the film’s greatest coup is its expert sense of timing, getting by with a turned-off light or a sudden glitch in a video feed instead of sharp music cues or gore. — Jake Cole 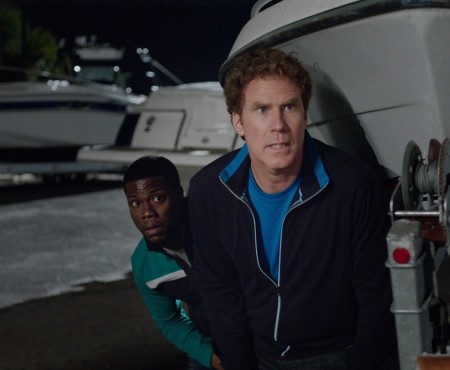