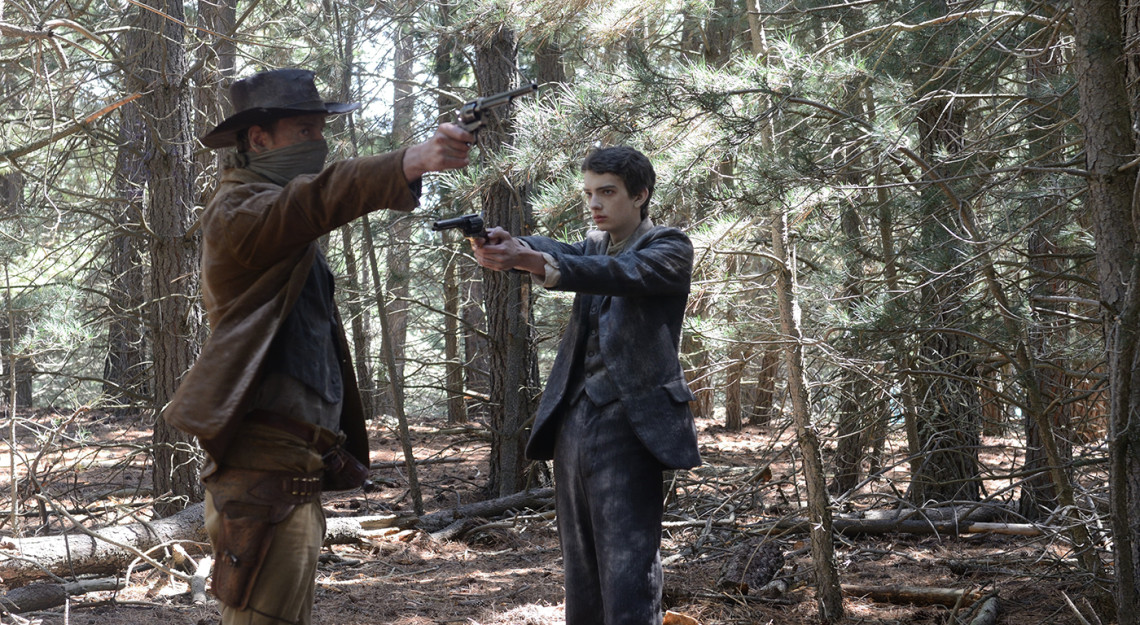 When working in a genre as well-worn as the Western, the temptation is strong to toy with storytelling form. We’ve seen this in efforts as varied as the revisionist Unforgiven (1992) and last year’s parodic A Million Ways to Die in the West. But John Maclean’s Slow West subverts the expectations of the Western in the least-showy ways of any riff I can think of. There’s never an image or a line of dialogue that shoots a “we know that you know how these things usually go” wink at the audience. Again and again, it simply takes what looks like standard-issue genre situations and then veers off in completely unexpected directions.

What makes the film such a delight is that its subversions always work in service of offbeat comedy, disquieting meditation, or sometimes both. A chase sequence appears set to begin, only for two men to be thrown from the horses in a nigh-on Three Stooges gag. A visit to a trading post springs into a tense gun standoff that ends in bleak viciousness. Safety appears to have been reached with a kindly traveling-wagon man, only for him to abandon the protagonist in the night, leaving him solitary on the vast Colorado plain. The straightforward quest at the movie’s center ambles through one deadpan absurdity after another.

The story follows young Scotsman Jay (Kodi Smit-McPhee), who follows his love Rose (Caren Pistorius) across the Atlantic into the uncharted 1800s American West after she and her father John (Rory McCann) become fugitives. Jay’s joined in his journey by Silas (Michael Fassbender), a rogue who becomes his escort half by volunteering and half by almost-threatening insistence. But Silas is only after the bounty on Rose and John’s heads, and so is his former gang, led by the intimidating (and magnificently coat-adorned) Payne (Ben Mendelsohn). It’s a race across the prairie to see who gets to Rose and John in time—though, as the film’s title suggests, it turns out to be quite a slow one.

Jay’s an outsider in the wilderness—but then, the same could be said for many young Western leads (True Grit’s Mattie Ross, The Searchers’s Martin Pawley—even Back to the Future’s Marty McFly, if you wanna be cute). The difference here is that everyone who tells Jay some variation on “this is no place for you” is continually proven right. Slow West quietly disassembles the American ideal of the “Old West,” a semi-mythical realm where any man with enough pluck and gumption can make it—a notion that is itself an extension of the American Dream. Jay has a heart full of love driving him forward, but love is hardly enough. There’s a point to the movie’s insistent defiance of Western-genre traditions: He (and by extension, we the audience) can’t cut it in this unforgiving environment. And it’s not a matter of the West being a place of omnipresent violence where only the savage survive—it’s simple competency. Rose and John aren’t hard and grim like Silas, but they make it because they know what they’re doing. The viewer soon learns that even Jay’s love for Rose is just another fantasy.

Slow West dances between cheekiness, tragedy and thrills with breathtaking deftness. The climactic gunfight has both an exciting and original setup (it can best be described as whack-a-mole in a wheat field) and culminates in a magnificent visual joke that I won’t dare spoil here. This is a measured, patient film about the idea of the West (appropriately, its cast, crew, and New Zealand shooting locations are all European or Oceanian) that thankfully never feels as dry and academic as that description sounds.