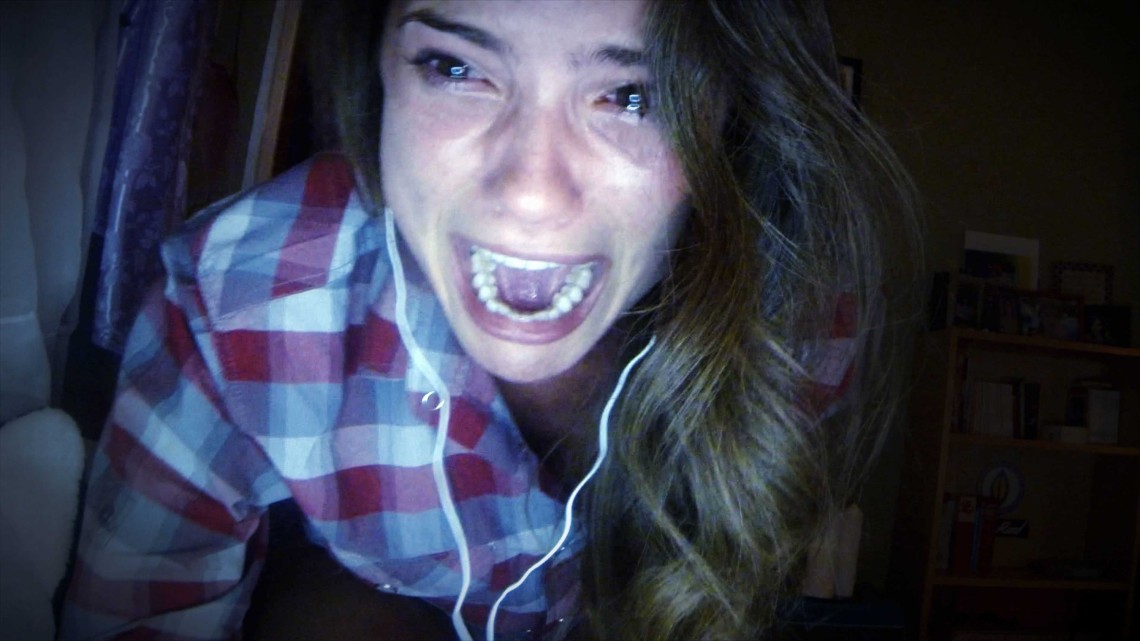 “Horror on a webcam” is neither a fresh aesthetic nor a new idea. Nacho Vigalondo’s unfortunately overcomplicated Open Windows and the 2012 omnibus joint V/H/S both use Skype chats to variable effect; if we want to duck genre, then it’s worth pointing out that Modern Family presented an entire episode using FaceTime as the stage earlier this year. So Unfriended, a Blumhouse Productions picture set entirely within its protagonist’s laptop, feels like a gimmick that’s been beaten to the punch by both movies and TV. Life moves quickly on the web, but even in the real world, director Levan Gabriadze has shown up late enough to the party that nobody will notice.

But whether they do or don’t, Unfriended happens to be a pretty good time. Gabriadze has a couple things working in his favor here, the first (and not the least) of which is the virulence of popular opinion. Admit it: you saw ads for this film and thought it looked terrible. That’s okay, because you’re in good company, and because the experience of watching Unfriended benefits immensely from subterranean expectations. This is a solid little ghost/revenge picture: nothing spectacular, nothing groundbreaking, but it’s savvy, it brims with the manic energy of teenhood lived online, it has something to say, and it’s gracious enough not to wear out its welcome.

The film commences with a quintet of kids gathering for a late-night video chat and finding that their number includes an unaccounted-for participant. They can’t kick this mystery caller out of their group chat no matter what they do, though eventually for all their efforts, they’re cruelly picked off one by one. Turns out the lurking observer is a literal ghost in the machine, the vengeful spirit of a classmate driven to suicide by cyberbullying a year prior. Forbidden from logging off or hanging up on pain of death, the kids are compelled to play the bloodiest game of “Never Have I Ever” in the history of teen frivolity – involving household chemicals, blenders, and, for conventional measure, a gun – and an evening of terror ensues.

If the idea sounds ridiculous on paper, that’s because it is. But Gabriadze tempers the foolish premise with a smart examination of how we use the Internet to lie to others and deceive ourselves. Fibbing face to face is difficult. Doing the same through the safety of social media and messenger apps is much, much easier, even after your calumny is exposed by a pissed-off specter. Unfriended’s suspense stems less from the situation and more how these kids, loudmouths, phonies, and flibbertigibbets all, respond to it, though there is something to be said for the stationary qualities of Gabriadze’s setting. In another movie, Unfriended’s scares would just be jump scares. Here, the “jump” never happens. We’re kept on tenterhooks knowing that something awful is about to assault the monitor, and the phrase “spinning wheel of death” takes on new meaning.

In a way, Gabriadze’s efforts feel like a gift. Unfriended could have been just another ambivalent studio outing for teens to casually make out to, but it’s more than that. It’s clever, and in point of fact, it’s actually scary. Most horror films offer brief respites from their traumas, but Unfriended denies us the chance to take a breather. Like the cast, we’re trapped in a browser with no means of escape. Even Ctrl+Alt+Del can’t save us.