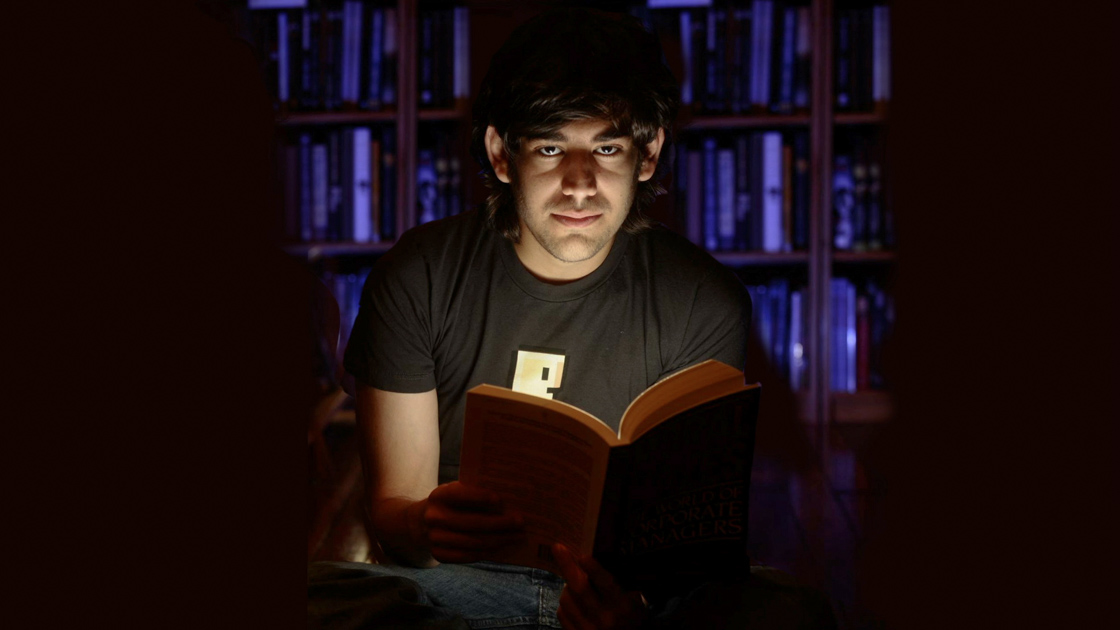 And just like that, three screenings at the Coolidge Corner Theater in Brookline later, the 2014 Independent Film Festival Boston came to a close.

Amazing how one week can go by so quickly when you’re basically watching movies non-stop.  In point of fact, it’ll go by even faster when you’re watching really good movies. If IFFBoston’s line-up for this year’s festivities looked strong on paper, it wound up being even stronger in practice, boasting all kinds of greatness in places both expected (Locke) and less so (Belle); considering the logistical difficulties facing the event, the sheer quality of the slate of films screened between April 23-30 wound up being impressively high, so much so that the 12th iteration of IFFB may well be the best I’ve attended to date.

Movies themselves represent a huge part of the “why” – if I do a halftime report come June, I wouldn’t be shocked to see that list filled out with a choice selection of IFFB joints – but the other, almost equally huge part comes down to the people. Contrary to what Hollywood has to say about our fair city, Boston is a wonderful place, and its inhabitants even moreso; combine the natural amicability of the average Bostonian with the instant bonds developed through a shared love of film, and a shindig like IFFBoston becomes a social sanctuary, a place where you’ll not only meet like-minded cineastes, but make acquaintances – maybe even friends – out of them at the same time. I know I did. 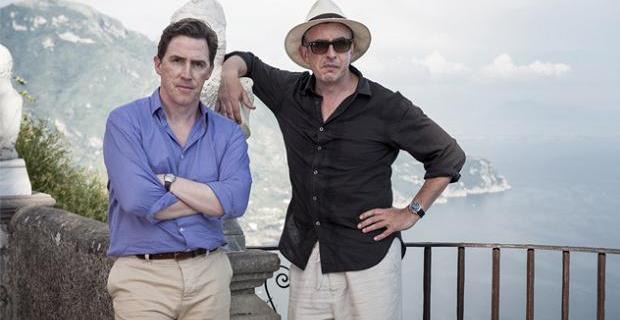 The Trip to Italy

If you’ve seen Michael Winterbottom’s 2011 collaboration with Steve Coogan and Rob Brydon, The Trip, then you already know whether or not The Trip to Italy will be your speed. In short, it’s more of the same as the last film, this time with Brydon in the driver’s seat as the lads make their way down to il bel paese. Should the notion of these two men behaving badly in the land of the grape vine tickle you utterly, thenThe Trip to Italy may be your cup of espresso, or perhaps your glass of wine; should the opposite be true, stay well away, lest you find your palette spoiled.

Of course it’s difficult to imagine how anyone with even a mild affinity for dry English wit and ennui could be turned off by Brydon’s and Coogan’s sharp brand of self-aware, self-deprecating banter; these guys have the rapid fire ebb and flow of witty discourse down to a science. They’re also well-attuned to the art of melancholic introspection, a task carried out against a backdrop of Italy’s timeworn charms and scenic idyll. If The Trip is about Coogan’s dissatisfaction with his personal and professional life balance, then The Trip to Italy is about Brydon’s malaise as a fortysomething man with a daughter and a wife his late-blooming career separates him from.

Seeing Coogan play the Lothario makes a degree of sense, such so that the effect isn’t shocking. Seeing Brydon engage the same fantasy through this fictionalized version of himself is, perhaps, a good deal more unexpected. But how else can you differentiate the sequel from the original? No one wants to see the same story told twice in a row, a point that Winterbottom and his leading men make directly in the film’s first ten minutes. Yet The Trip to Italy follows much the same formula as its predecessor, serving as a virtual tour guide through a foodie’s paradise while, interspersing meals with Michael Caine impersonations and moments of reflections. That’s where the film finds it nuances, though – in the margins, lovingly tucked between its sumptuous main courses. 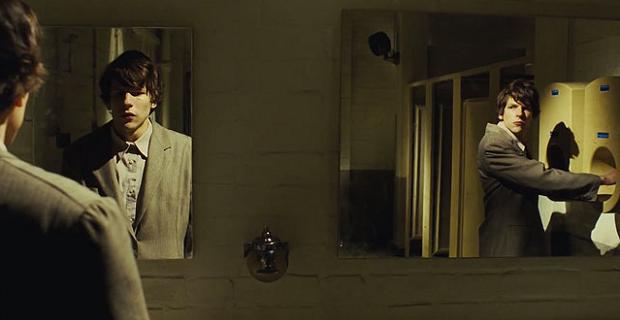 Let’s not mince words: The Double is a weird film. At the same time, it’s also a terrific film, yet its rampant elliptical bent makes it difficult to articulate just why it’s so terrific. Days after seeing it at the Coolidge, I’m still not one hundred percent sure why the film worked so well for me, other than to say that it carries its through-lines perfectly without letting eccentricity swallow its necessary elements whole. That’s no small feat, one made even greater in consideration of just how oddball Richard Ayoade’s film really goes.

The Double derives the foundation of its plot from Fyodor Dostoyevsky’s 1846 novella, in which a young man finds his existence threatened by the sudden appearance of his doppelganger. In 2014, Ayoade takes more than a few liberties with Dostoyevsky’s work, envisioning the world in which Simon James (Jesse Eisenberg) is slowly edged out of his own existence by James Simon (also Jesse Eisenberg) as something straight out of Terry Gilliam’s playbook. And also Orson Welles’. And Kafka’s. And so on and so forth. The film’s duplicative nature almost feels like a sly callback to its content, but for all of the artists Ayoade channels, he nonetheless succeeds in distilling his influences into something that’s undeniably one of a kind.

Put another way, you won’t see another film this year that looks or feels quite like The Double, even when it’s just one of five releases to employ the doppelganger conceit. (Enemy, The Face of Love, Muppets Most Wanted, and The Pretty One all make similar plays on the same concept.) But Ayoade’s is his, and you know it just by looking at it and listening to it; there’s a sickly pall to its visual palette, one often interrupted by sudden flourishes of other, less toxic hues, and the world he constructs can best be described as bleak. Simon’s life pre-James isn’t an especially attractive one, something reflected not only in his repetitively vague job but in the grimy, sparsely populated buildings he inhabits.

Woven through The Double‘s urban grotesquerie is a madcap, stylized dissertation on the need for our senses of self; it’s a clarion call for the individual, one that flirts with off-beat philosophical murmurings through a sheen of  the weird. Ultimately, it’s a reminder that Ayoade isn’t just a sharp comic mind, but an intellectual at heart. 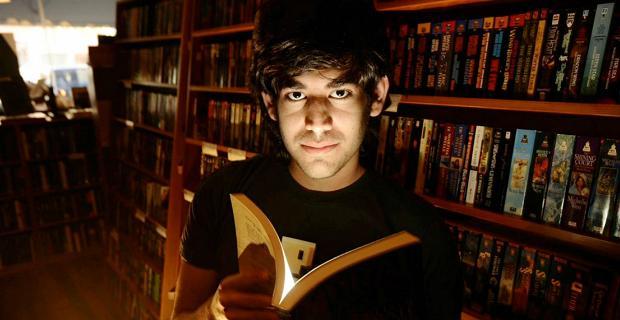 The Internet’s Own Boy: The Story of Aaron Swartz

Some documentarians chronicle stories from all walks of life, and focus on people from all corners of the world. Others have specific interests and agendas that they actively choose to pursue. Brian Knappenberger can be clearly labeled as a member of the latter category. 2012 saw him craft an account on the activities of online activist collective Anonymous with We Are Legion: The Story of the Hacktivists; now, he’s back with The Internet’s Own Boy: The Story of Aaron Swartz, the alternately inspiring and infuriating story of messianic Internet figure turned martyr Aaron Swartz, who took his own life just last year.

If you don’t know Swartz’s name, then you’ve probably still reaped the benefits of his ingenuity and sense of invention. Swartz has had a hand in the creation of any number of web-based godsends, from RSS to Reddit and countless organizations in between. You’ve probably heard of some of them too – like Demand Progress, best known for its role in halting SOPA’s advance through Congress – but Knappenberger is betting that whatever you do know about Swartz, you don’t know the entire story of his birth to his eventual, tragic death; thus his film plays out, laying the basis of Swartz’s metamorphosis into one of the information age’s most important voices.

Knappenberger understands the factual complexities of Swartz’s case, and the events that culminated in his 2013 suicide; he also understands how to present them in sterling clarity, and without condescending to a less informed audience. Where he stumbles lies in concision. As with We Are Legion, The Internet’s Own Boy suffers, if infrequently, from a lack of judicious trimming, leading to too many moments where the film’s grip on us slackens. Knappenberger’s efforts across the rest of his picture are so overwhelmingly successful that his struggle with editing feels almost like a quibble, though; there’s a reason he’s fast becoming one of our premiere Internet historians.