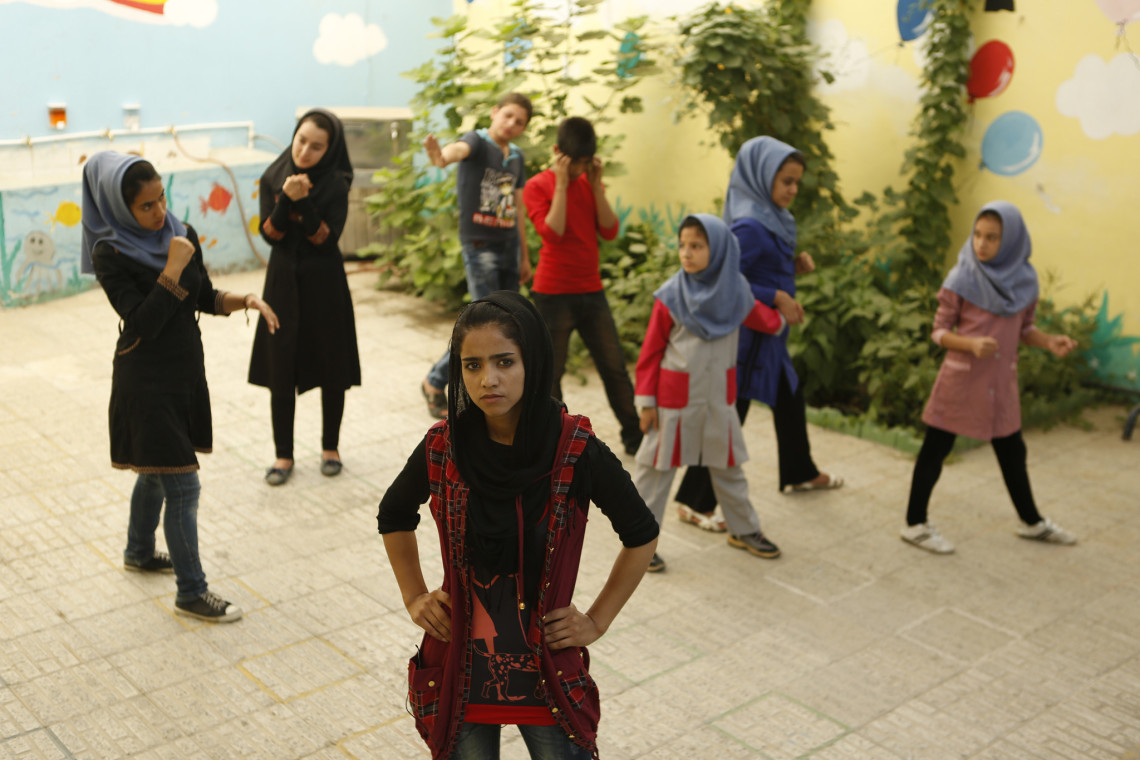 It may run for just over a weekend, but the True/False Film Festival in Columbia, Missouri has manifested itself to become one of the biggest and best annual events in the world of documentary film. The 13th edition of the festival, which took place from March 3-6, saw an estimated 49,500 tickets sold for 37 feature films and four shorts programs, an amazing increase since its debut year in 2004 that garnered a mere fraction of that number. Indeed, True/False has attracted a steadily growing level of attention outside of the local atmosphere, and deservedly so; many of the films programmed go on to play at other festivals, and even attract major awards attention.

True/False’s appeal comes from how well it is maintained, with over a thousand helpful volunteers, every venue within walking distance, and a feeling of community spirit that permeates throughout its duration. It’s not hard to strike up a conversation with a film director while waiting in line, and the majority of attendees are avid film buffs. Despite the films being the primary draw, it functions more as a cross-media extravaganza, with live music performances, art installations, artist talks, and educational workshops that work to showcase the arts and also promote the importance of their value. At times, True/False comes across as being like an indie-SXSW (with far less corporate sponsorship), within the scope of Sundance during its early years.

The primary theme of the festival was situated around going “off the trail,” or exploring narratives outside of what we’re used to experiencing and crossing the borders of our identities to forge new perspectives. Just as well, with the festival reaching its 13th year, a predominance on the transition from adolescence to adulthood is a continual focus in several films. The two films awarded prizes this year, Rokhsareh Ghaem Magami’s Sonita and Mehrdad Oskouei’s Starless Dreams, each show the world of female teenagers living in dire straits of the Third World, struggling in more ways than one. Sonita follows the life of a brave Afghani teenager using the power of rap music as a form of expression and escape from the problems that surround her. Sonita lives as a refugee in Iran at risk of being sold as a child bride; the film eventually becomes about the relationship between subject and filmmaker, as the development undertaken in Sonita’s struggle puts enormous pressure on Magami and his role in the events which transpire. Starless Dreams focuses on a group of female teenage delinquents in a Tehran detention center, serving sentences for such crimes as drug trafficking, theft, and murder. Told via both one-on-one interviews and surveying their life within the walls of the prison, we see the emotional ruin transpiring in the lives of young women, caught in an unfair system and denied a normal life. The level of kinship they foster amongst each other is beautiful, yet develops into angst, as they are not ready to end their time and return to a depressing reality.

Similarly, Roger Ross Williams’ Life, Animated also takes the message of breaking through the confines of comfort to achieve independence and maturity, in telling the story of Owen Suskind, an autistic 23-year old who relies on Disney films to express himself and understand the world. The film documents Owen over the course of several months, as he graduates from college, moves away from his parents, and seeks employment, all made extremely difficult through lacking basic communicative traits most of us take for granted. It’s hugely emotional film that succeeds in demonstrating the capabilities of cinema as a tool for inspiration, one which many film fans will no doubt be moved by.

A late addition to True/False, announced two days before premiering, was Concerned Student 1950, by three student filmmakers from the University of Missouri. Varun Bajaj, Adam Dietrich, and Kellan Marvin’s short film looks at the demonstrations and protests by the activist group, responding to a number of racially driven incidents around campus, which had occurred during the past fall semester. The trio are the first current university students to ever have a film selected for True/False, and the response was strong enough to be acquired by Field of Vision, the visual journalism film unit conceived by A.J. Schnack, Charlotte Cook, and Citizenfour filmmaker Laura Poitras. Just as well, the film’s premiere was attended by the one and only Spike Lee, who spoke highly of the film on stage during its Q&A; he’ll be using footage in his own upcoming documentary on student activism.

Given that the festival is set in a university town, it’s great to have many films programmed that play to the spirit of youth, and their potential in making serious change towards the future. Even something like Kate Plays Christine, which documents actress Kate Lyn Sheil as she uncovers the mystery behind the attempted suicide of a newscaster in the 1970s, is inspirational through being authored by filmmaker Robert Greene, a faculty member at the Missouri School of Journalism, and a teacher for the next generation of nonfiction filmmakers.

True/False is really unlike any film festival currently out there, documentary or not. Its primary strength of featuring an outstanding lineup of films, delivered in an environment both engaging and enlightening, certainly makes it worth attending. It remains to be seen where festival co-creators David Wilson and Paul Sturtz will be taking things moving forward, but it could very well find itself amongst Sundance, Cannes, TIFF, and other top-tier festival events, in a relatively short while.