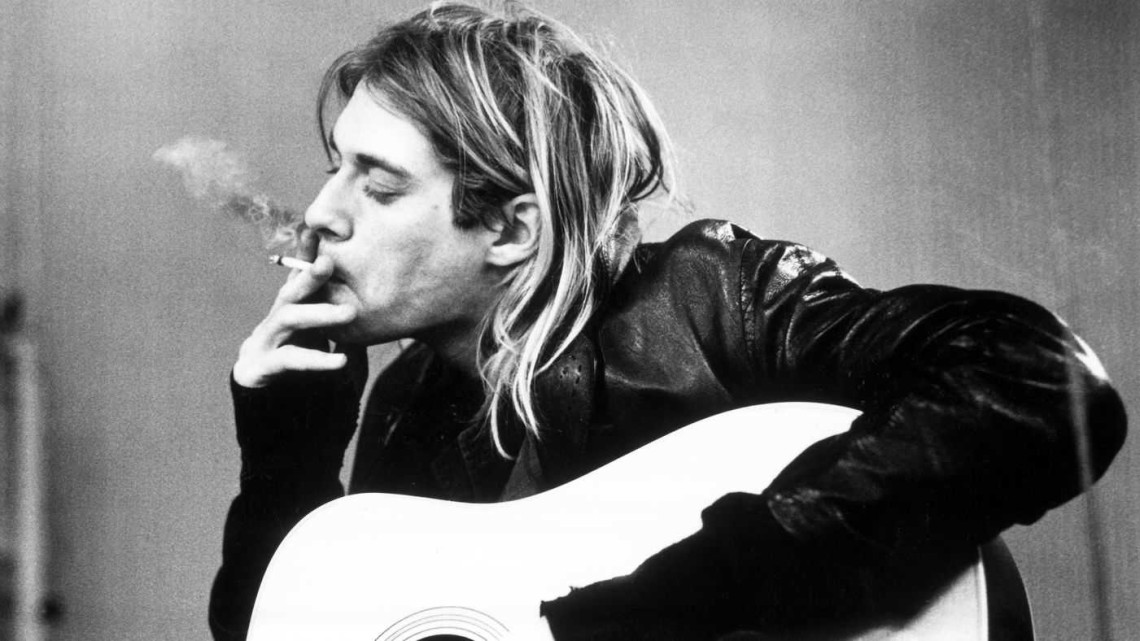 Biographical films can be a tough nut to crack. On one hand, there’s the problem of trying to condense a topic of such scope into a feature-length format. More pressingly, there’s the paradoxical notion that, while a day in the life can be the stuff of great literature, recounting an entire life is often boring and rote. Birth, childhood, accomplishments, work, love(s), and (often) death tend to be trotted out in sequence. And if a movie happens to be about someone famous, then there’s the added challenge of overcoming predictability. Steadfastly sticking with an iconic figure’s public persona does little to inspire. So the trick, then, is to find an entry into a celebrity’s life that recasts their popular narrative in a new, inventive light. Four music documentaries at this year’s Hot Docs Canadian International Documentary Festival attempt to do just this, with varying degrees of success.

In Kurt Cobain: Montage of Heck, Brett Morgen digs into the deeply personal story of the Nirvana frontman, using rare personal artifacts from the Cobain family. The film is every bit as accomplished as the early hype suggests, as Morgen cannily cuts between interviews with family members and close friends, animated reenactments (always a gamble, but the high-quality, near-rotoscoped look meshes well with the overall aesthetic), and most importantly, Cobain’s journals. A surprising amount of Montage of Heck is told through the singer’s own writing, which Morgen has reanimated to mimic its author’s writing process, revealing an almost stream-of-consciousness dialogue between Kurt and the pages. It is a startlingly intimate look into a troubled man’s state of mind that never falls victim to sophistic psychoanalysis.

Another look at a titan of the music industry is Jessica Edwards’ Mavis!, which follows the soulful frontwoman of the Staple Singers. As a documentary subject, it’s hard to go wrong with Mavis Staples, a genuinely joyful presence with whom to spend 90 minutes. The biggest risk of music documentaries on famous subjects are those moments in-between the songs, marking time between more familiar signposts. Here, Edwards bolsters those spaces between hit singles, effectively cross-cutting between a young Mavis’ rise to fame singing with her family and her relationship with her father “Pop” Staples, to her current life on the road at 75 years of age. This subtle layering of temporal storylines paints a portrait of a woman who performs because it is all she has ever known. Mavis! never strives to reinvent the wheel, but it is solid and satisfying nonetheless.

Off the beaten path, we have Jeanie Finlay’s Orion: The Man Who Would Be King, about a masked singer fashioned by his producer into the second coming of Elvis. This is a story that has nearly everything going for it—a rediscovered unknown star, a tragic and uplifting tale of dreams accomplished and deferred, and a connection with one of the most famous rock stars of all time. But for a music film, Finlay’s film is strangely inert. It plods through the life events of Jimmy “Orion” Ellis, whose uncannily Presley-like singing voice was beaten to stardom by the King himself only a decade prior. By far the worst problem of the movie is that Finlay takes Ellis’ tragically unachieved stardom as a foregone conclusion—that if there were no Elvis, Ellis would have been the one to be the King. This is a misapprehension of what it was that made Elvis into a phenomenon in the first place: that ineffable combination of talent, persona, and marketing churned out by the star-making machine of the music industry. Orion is an interesting enough story as a bargain-bin curiosity, but not compelling enough to sustain a film.

Far more accomplished is Luke Meyer’s excellent Breaking a Monster, in which the 13-year-old members of metal band Unlocking the Truth go from an internet sensation to Coachella headliners. When their street performance in Times Square goes viral on social media, it catches the attention of a long-time music producer and manager, who sets out to take the band to the next level. Meyer’s film is fascinating enough as a process story of the contemporary music industry, but more so this is an affecting coming-of-age look at aspiring musicians Malcolm Brickhouse, Jarad Dawkins, and Alec Atkins, as they suddenly have to navigate the very adult responsibilities of being signed to a major label. Meyer also does not shy away from the racial and class-based elements of Unlocking the Truth’s initial success as a YouTube novelty—the image of the all-black band playing to audiences at mostly-white music festivals does not go unnoticed. But more than anything, Breaking a Monster is wholly entertaining and a true high point of this batch of music documentaries.