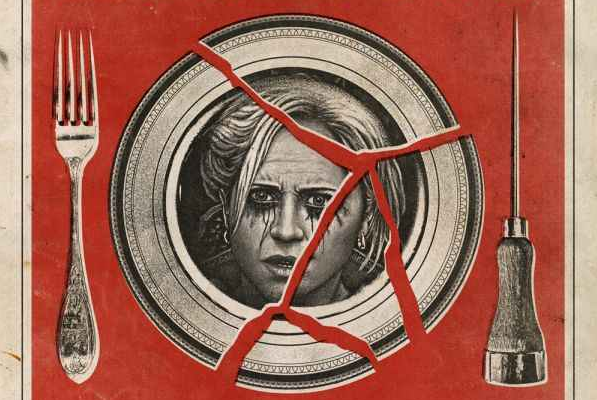 Would You Rather: A Solid Thriller That Will Challenge Your Mind and Your Constitution

We’re used to “Would You Rather” as a sexually puerile party game, but with IFC Films’ new release of the same name, suddenly there are real stakes and grisly consequences. Iris (Brittany Snow) is a bright, tenacious young woman beaten down by her cancer-stricken brother’s medical bills and her inability to find a job. Then her doctor introduces her to millionaire Shepard Lambrick (Jeffrey Combs), who asks only of her company and quick-wittedness at a dinner party, in exchange for the money and access she and her brother need.

Though uncomfortable at the implications, Iris has no choice but to accept. But when she arrives at Lambrick’s mansion, she finds a dinner table full of guests as desperate as she, impossible choices between harming each other and mutilating themselves, and 15 seconds to choose lest they get their heads blown off.

Naturally, I was intrigued, because Would You Rather is basically Saw meets Clue. Ultimately, it won’t become a classic like either. That said, it is something of a highbrow thriller with the kind of lowbrow violence that morbidly fascinates audiences while sneaking in some upper-class commentary.

I have to agree with other reviews praising the movie for convincingly keeping all of the stars in the claustrophobic setting of Lambrick’s dining room. Their inability to physically escape their confinement heightens the tension of having to choose the lesser of two evils in each round. The audience is held rapt as the 15 seconds tick by and you truly don’t know which choice each character will make. 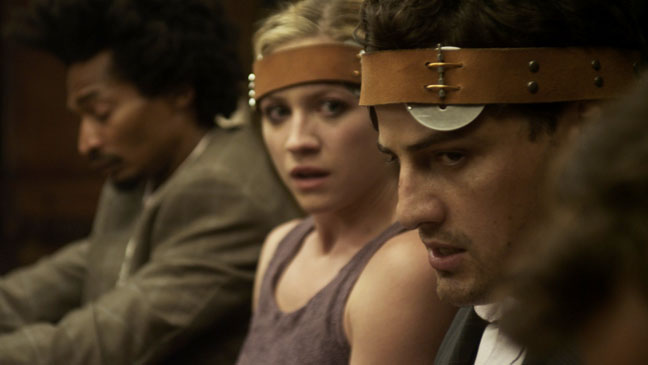 Clearly, this is Iris’ story, and Snow is the perfect heroine for this kind of thriller. Since her Hollywood debut a decade ago, she’s masterfully played roles that call for a hard set of the jaw juxtaposed with those trembling baby blues. Over the course of this speedy film, we witness Iris’ last excuses melt away as she is forced to set a steely resolve toward the reprehensible acts that include electrocution, gouging out one’s eye, and near-drowning.

Out of all the guests — almost outshining Snow — Enver Gjokaj is the one you most want to root for. We learn so little about his character Lucas, despite a “getting to know you” bit that seems to have been shot in the library from Clue. But at the dinner table, he fluctuates from restrained to explosive. Whereas Iris has to show her true self under duress, from the getgo Lucas is weighing the pros and cons, how much torture he and his fellow guests can take. That’s the ultimate, necessary skill in Would You Rather — an appreciation for limits and a calculation of the odds. Because so much of the film is Iris’ story, making us consider even one other dinner guest as a potential victor is a triumph. 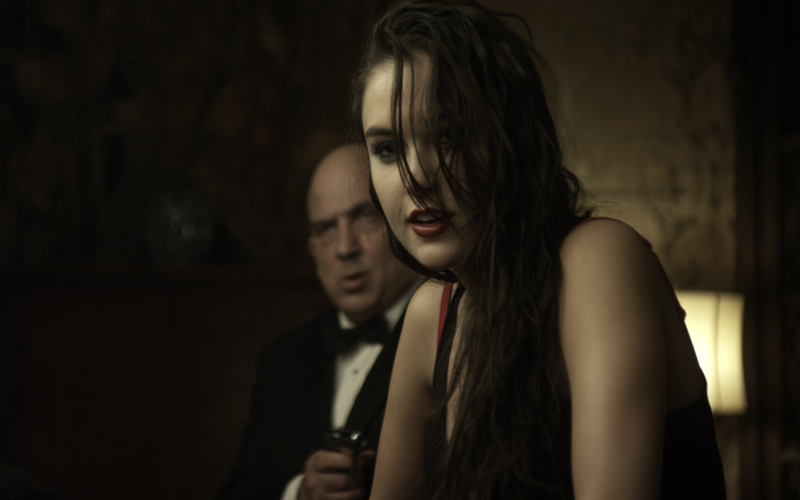 It goes without saying, this kind of production needs a ringleader. No doubt off-camera it was director David Guy Levy. But in the world of the story, you have to buy into the villain who’s concocted this sadistic battery of tests. As Jeffrey Combs said in this fun interview, the most intriguing thing about “philanthropist” Shepard Lambrick is that he’s simply fulfilling a beloved family tradition. His strict adherence to the rules — going so far as to personally apologize to Iris when his impetuous son attacks her outside the bounds of the game — is what makes this parlor game so chilling.

Bringing to mind its torture-porn predecessors, Would You Rather packs some truly gory moments. However, their effect is less the actual grisliness than the utter surprise. Like, you don’t actually believe that one participant will strap a firecracker to his hand until they’ve whipped out the duct tape. And the aborted rescue attempt is thwarted in a strangely laughable way.

This is not a movie for the weak of heart. But there’s also enough emotional grounding and intellectual intrigue that you’ll be turning these impossible scenarios over in your head after watching, challenging yourself to rise to the occasion the way these characters do. So — would you rather spend your money on another dumb blockbuster, or take in some excellent performances from under-the-radar actors?

Would You Rather opens in theaters in New York City and Los Angeles today.