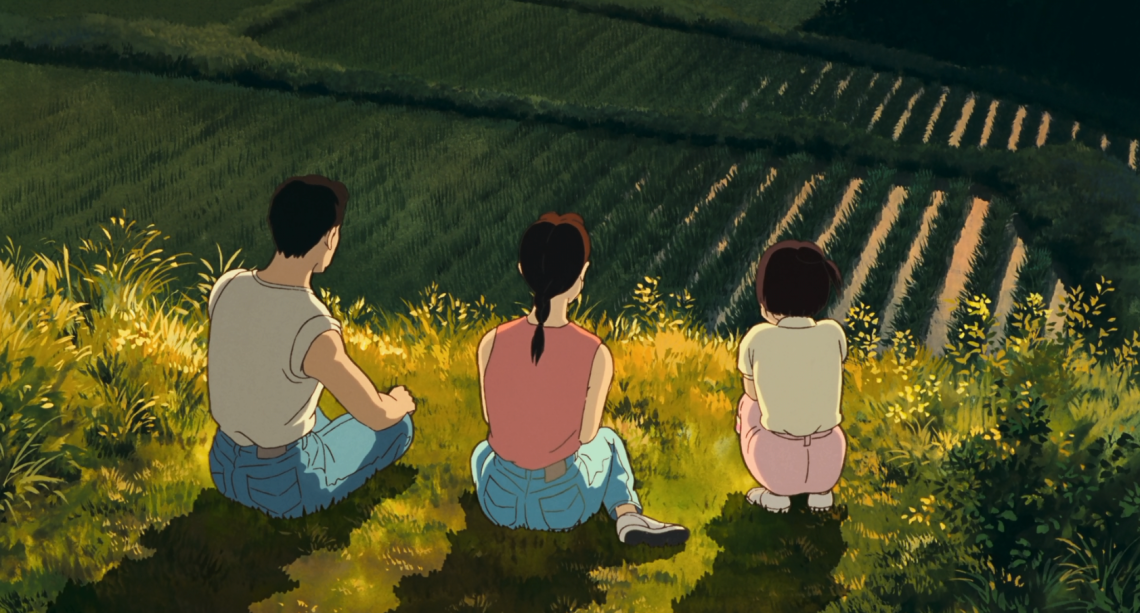 The Studio Ghibli Retrospective: ‘Only Yesterday’

While Miyazaki’s films leaned towards the more fantastical, Takahata’s films continued to remain grounded in reality. If you thought My Neighbor Totoro was a lovingly meandering exercise on small moments, Only Yesterday is the animation company’s most outright cribbing of the styles and themes of Yasujiro Ozu and Kenji Mizoguchi, offering a very Japan-centric story (the film still hasn’t been released in North America after over two decades) that’s simply a slice-of-life portrayal of a woman’s childhood in Tokyo and her time spent in the countryside as an adult.

It’s considered, like many of Ghibli’s previous films, to be a significant leap forward in “progressive anime.” The film is primarily an adult drama, bent on realism, and from a largely female perspective, all of which were rare in Japanese animation at the time. Only Yesterday is very influential in the world of anime. “Slice of life” is now considered a sub-genre of sorts, and it’s gotten more popular over the years thanks to its success. While I wouldn’t put it in the pantheon of Ghibli’s greatest accomplishments, it deserves more international recognition. 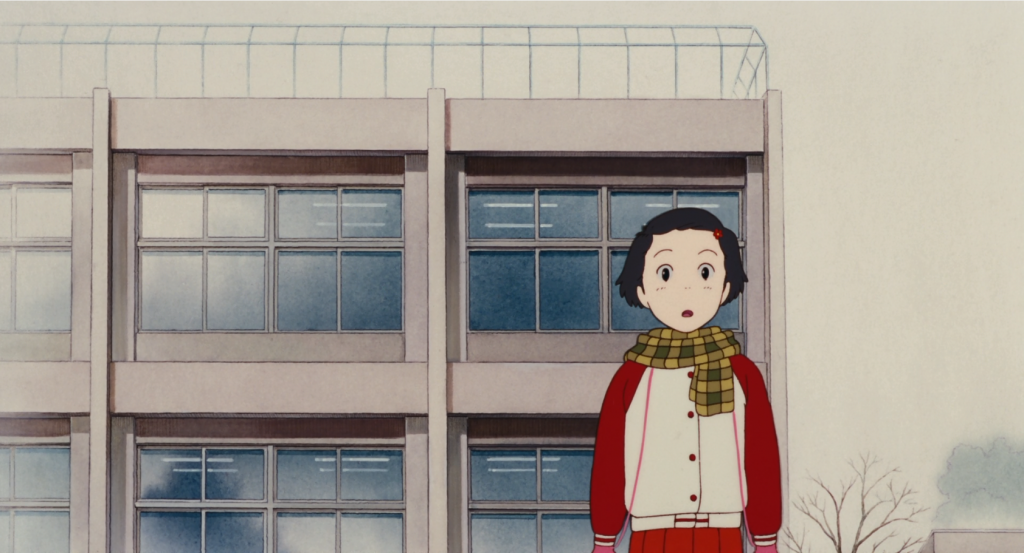 Only Yesterday tells dual narratives, both featuring the same character, but at different points in her life. We begin with office worker Taeko Okajima preparing to go on a trip to her family farm out in the countryside. As she gets accustomed to this potential new life, she looks back at her childhood, and we’re treated to flashbacks of Taeko’s time at grade school, performing at the school play, first loves, bullies, etc.

The two storylines are incredibly different from each other in tone, quality, and even animation style. The present day scenes are done in the usual Studio Ghibli style, with immense detail and vibrant colors drawn into the environment. The only notable change here is how the faces have more realistic facial muscles than the standard for animation. Because of this, dialogue was recorded prior to drawing, allowing for more natural lip syncing and mouth movements.

However, the flashbacks are done in a more stereotypical “anime” style. The colors are more washed out, the animation and character designs are more cartoonish, and the lip-syncing was more traditionally executed. All of these changes are rather subtle, but noticeable enough to leave a big impact that significantly differentiates the two storylines on a visual level. Takahata also brilliantly gives Taeko’s maturation a visual evolution as well as a thematic one. As we see the younger Taeko learn more about the harsh realities of adulthood, the animation becomes more detailed, and the colors deeper and more lively than they were earlier. 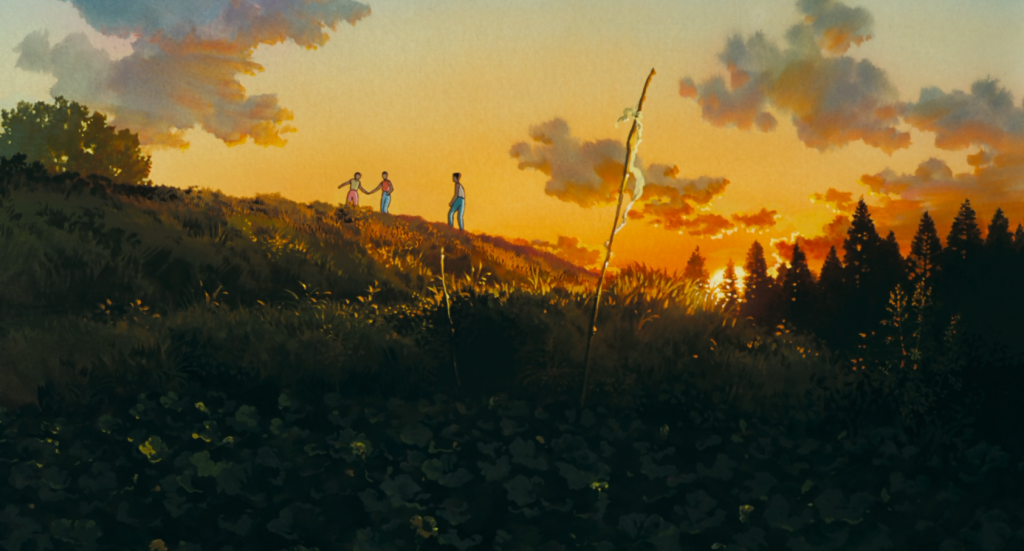 Only Yesterday is a very good movie rife with beautiful little details and individual scenes. As a whole, however, it doesn’t quite come together. The flashbacks are much more interesting and dramatically engaging because they gracefully depict so many little facets of childhood. There are many details that hit home for me, from small moments in which the boys obsessively make fun of the girls for having periods (this was straight out of my fifth grade class) to bigger ones like when the father slaps Taeko for the first and last time. The latter is handled so tastefully it could’ve been its own short film.

The film’s present-day sequences, meanwhile, are filled with moments in which characters speechify the meanings behind those flashbacks. There’s a bit too much “reacting” going on in this portion of the narrative. This is a film about looking back at the people we were long ago, but that shouldn’t short-shrift the adult characters along the way. When it decides to give these older characters something to do, however, their moments shine as much as the parallel narrative, peaking with a terrific monologue during a rainy car ride. There’s not quite enough of these great moments there to justify the rest of it, but individually they’re as dramatically satisfying as anything from Studio Ghibli’s more mature work.

What’s most interesting about Only Yesterday is how it feels like a thematic successor to My Neighbor Totoro while simultaneously being its polar opposite. Whereas My Neighbor Totoro was a study of childhood innocence, Only Yesterday is fixated on nostalgia, and how that childhood innocence can influence our actions as an adult, either towards ourselves or others. So while the film is just as observational of all the tiny details of childhood as Totoro in its flashbacks, it does so with a more adult perspective and outlook. 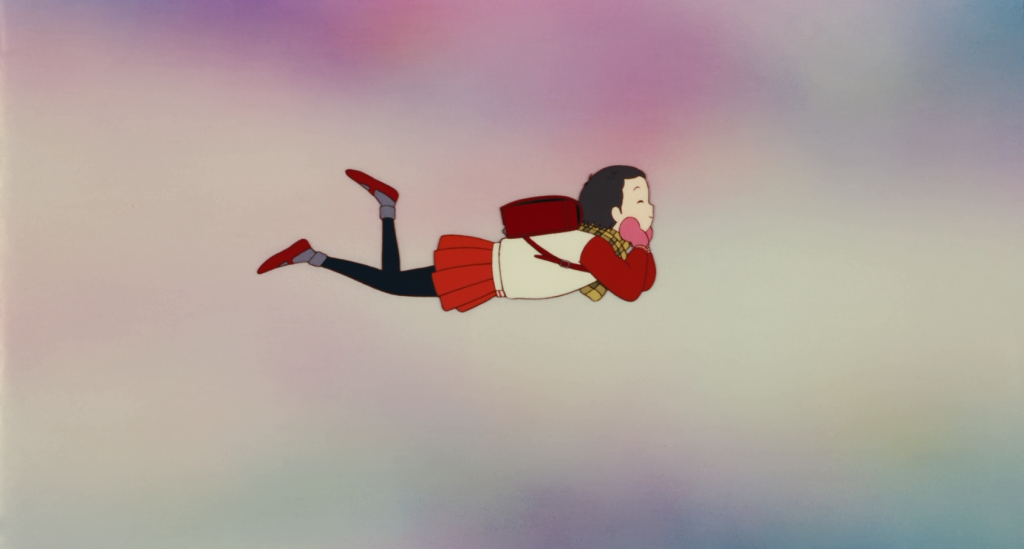 Sadly, the audience isn’t given much time to reflect when the script spells things out. Do we really need a scene in which Toshio, the salt-of-the-earth nature freak who Taeko is somewhat falling for, explains how man and nature live in a codependent relationship? Especially when all this beautiful animation is perfectly capable of doing the thematic heavy lifting?

Clunky thematic exposition isn’t enough to break an otherwise lovely film, however, especially when the final scene kicks in. Just as Taeko is about to leave the countryside to return to her office-drone job in Tokyo, her childhood self and all her classmates materialize in front of her, and guide her back to the place she belongs. It’s unclear whether she’s imagining them or if they’re depicted as an invisible, almost god-like force influencing our protagonist’s actions, but the effect remains the same. It’s a perfect summation of Takahata’s thesis of the relationship between adult responsibilities and childhood innocence. Whereas Totoro was a celebration of innocence’s temporal preciousness, Only Yesterday posits that while our innocence can fade, it ultimately never, ever dies. 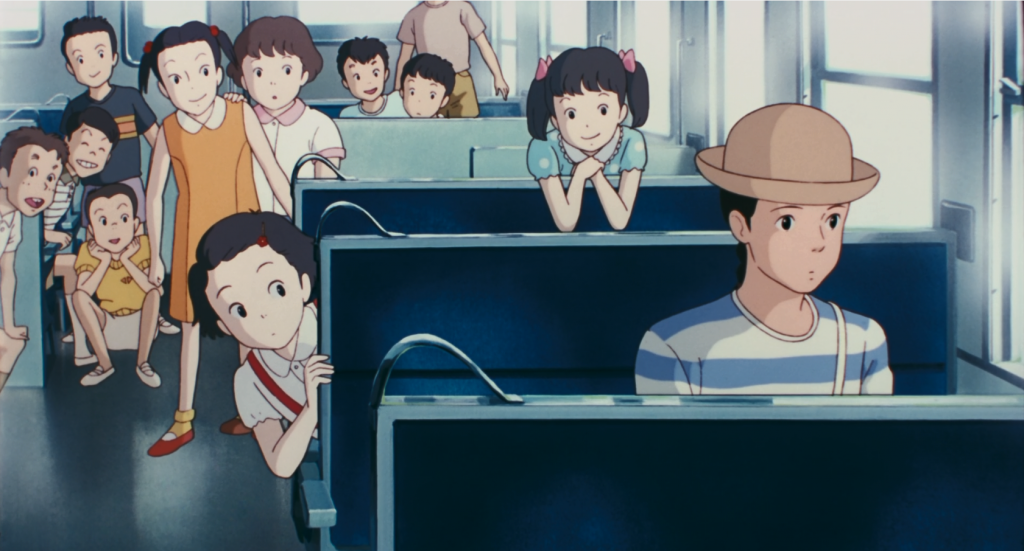 Only Yesterday surpassed the expectations of industry heads who thought it would merely be a modest success in bringing animation to more grown-up territory. It ended up being the highest-grossing film in the Japanese box-office that year, sparking the creation of more “slice-of-life” anime dramas, and giving Takahata his first giant success. The director would later forego his usual penchant for realism by taking a stab at Miyazaki-esque whimsy with Pom Poko.

But before that happened, Miyazaki returned to the forefront with his next feature, which contained the most unusual subject matter from the legendary filmmaker so far. Next time on the retrospective: The Porcine Knight Rises with Miyazaki’s Porco Rosso. 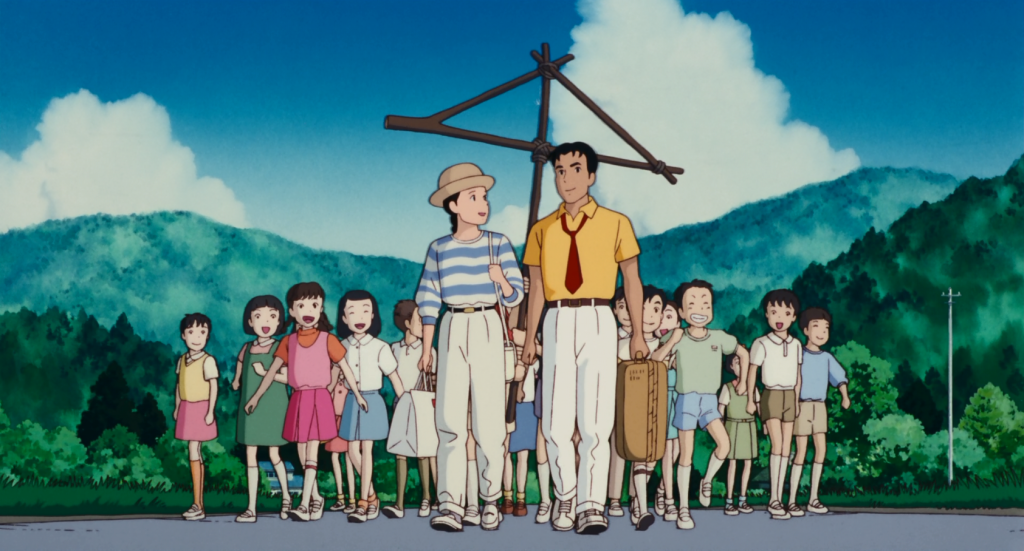