Perfect ratings on media aggregators like Rotten Tomatoes and MetaCritic are a unique occurrence that come along infrequently. Toy Story 3 was close, but then a review from Armond White came along and scattered any hopes of 100% Fresh rating for the capper to the Toy Story franchise. That incident infuriated fans who adored the film, but the fervor didn’t last very long past the initial review that spoiled the “perfect rating.” Afterwards discussion regarding that particular movie became more reasonable again with the promise of 100% gone.

Fast forward to the theatrical release of Richard Linklater’s Boyhood and hopes were again raised  when it sat at 100% until July 16th when Matt Pais dropped the first negative review. Pais was labeled a dissenter by many online for spoiling the chance to witness a modern film with a perfect rating on Rotten Tomatoes. To suggest Pais did so purely to influence a meaningless score suggests a willful malice that any critic with a respect for cinema wouldn’t delve into. It was easy to see where Armond White ragged on Toy Story 3 to keep up his reputation as the master contrarian, that’s his deal and always will be. In White’s eyes the main flaws of Boyhood lie in the other critics who enjoyed it and his projection of why they did. “Praising the deliberately mundane ‘Boyhood’ fits the pattern unconsciously followed by most culture writers (who also tend to be white males) seeking to confirm their own privilege and importance — but without examining it.” This gem of a blurb doesn’t analyze the film at all, rather existing as a pot-shot to his peers in the critical community.  It is perfectly understandable for unfocused pans like this one to receive some sort of backlash, but, unfortunately, outcry for only good word creates an unwelcome environment for all debate. And shutting down debate is more harmful than any gooey, green veggie on Rotten Tomatoes.

The L.A. Times’ Kenneth Turan made a difficult choice when his reception to Boyhood was only lukewarm and he passed off official review duties to Betsy Sharkey. Turan did write about the film, but after a few weeks and the pressure to avoid raining on Boyhood‘s parade fell by the wayside. In a way the perfect ratings that MetaCritic and Rotten Tomatoes offer are a lie anyway. Never has one film made everyone feel one way or another, film is too personal for that to ever happen. It is largely forgotten that criticism—for any medium—is highly personalized. What connects with me on a fundamental basis may leave you feeling completely cold, or worse, manipulated. For that reason alone it is why masterpieces are so rare, and why we can’t stifle arguments about a film. Those movies that rise above the nit-picking, analysis and scrutiny do so because of their ability to reach a wide audience.

CriticWire’s Sam Adams outlines as much in his latest piece against critical consensus:

“Masterpieces… are not made so by unanimous praise, but by careful scrutiny. Criticisms, and the extent to which they illuminate the fascinating imperfections beneath those masterpieces’ surfaces, only make them stronger.” 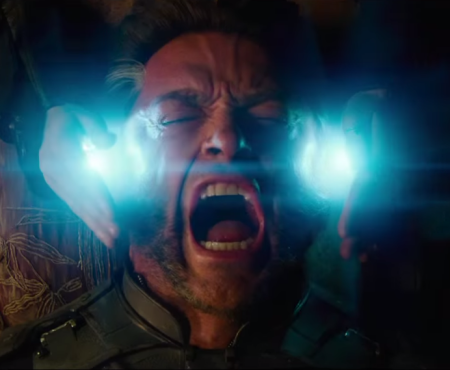