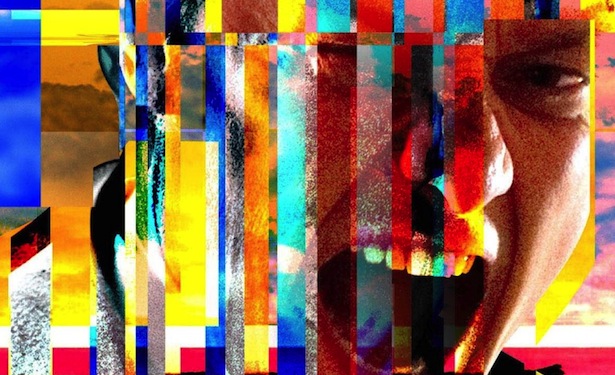 Danny Boyle is one of the only directors working today who can literally do any genre he pleases and display a wide range of talents while still keeping his own signature stamp on all of them. Between horror films (28 Days Later), family films (Millions), sci-fi (Sunshine), the drug movie (Trainspotting), survival drama (127 Hours), and even Bollywood rags-to-riches/romance (Slumdog Millionaire), Boyle is one of our most playful and diverse talents in the current generation. This made the announcement of his latest film Trance rather odd. It’s a psychological thriller, which Boyle already plumbed the deaths of with his debut film Shallow Grave, and it’s considerably lighter than his previous two films, which were Oscar-heavyweights.

But having seen Trance two times at this point, Boyle still manages to bring new twists, turns, and surprises to the genre, all with his unique flair for style. It may not have anything deep to say about memory and the subconscious like the films that it’s so clearly inspired by–Memento, Eternal Sunshine of the Spotless Mind, and Inception to name a few–but it still manages to be incredibly fun, and a bit smarter than most will likely give it credit for.

After an elaborate heist sequence in which a group of criminals led by the French club-owner Franck (Vincent Cassell) attempt to steal Francisco Goya’s painting Witches in the Air, the painting winds up missing because their inside man Simon (James McAvoy) had misplaced it and now can’t seem to remember where he’s hidden it due to a concussion. The best solution they can come up with to retrieve Simon’s lost memories is through a hypnotherapist named Elizabeth Lamb (Rosario Dawson), who can get Simon to dig deep into his own mind for the memories.

A twist is inevitable for this kind of premise, and while I’m personally not the kind of viewer that likes to attempt to figure out the ending before the film reveals it to me, there were many hints and clues that were impossible to ignore because it’s the kind of film that’s designed to “bend minds”. Yet even with that crutch, there were still plenty of surprises in Trance that caught me off guard, and that’s probably due to Boyle’s typically stylish direction and a thumping, transfixing score by Rick Smith; both of which do such a good job at immersing us into this strange, artificial world that you can forgive several leaps in logic within the context of the film. 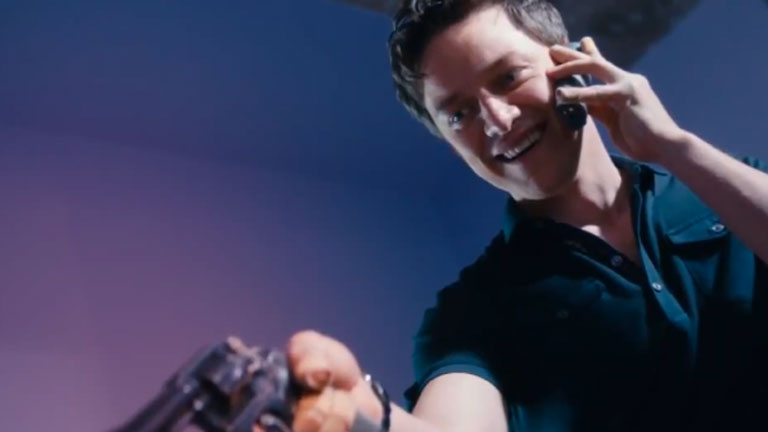 The cast is what you’d expect out of this sort of material, but the main attraction here is Rosario Dawson as the hypnotist. Not only is she given the most interesting and original character, but her authoritive, soothing voice does a good job at keeping the viewer as much in a trance-like state as many of the various characters wind up in.

Trance’s third act will undoubtedly turn many viewers off from the film. Not only does the film get progressively more violent, lurid, and (surprisingly, enough) sleazy; but the numerous revelations we get in the film are completely bonkers, even for a film of this nature. It goes off the rails, but in a way that’s exciting and reinvigorating. And considering how off-the-wall the film already was in its first two acts, the even crazier finale worked for me. Plus, while I wasn’t sure if its reveals were really that well thought out at first, a second viewing showed that there are a fair amount of carefully placed easter eggs and hints that show that Boyle and his screenwriters did at least think the movie through more than I had initially thought. It’s not as intricately layered as something like Inception, but what else is?

To be fair though, the film’s final moments do put a damper on what was otherwise a rather exciting and virtuoso climax, introducing even more twists that end up burying the previous reveals into levels of incomprehensibility. And what’s so sloppy about it is that they’re shown right at the last minute, and so quickly that it feels like Boyle and company are spinning its “Gotcha!” wheels for longer than it needs to. Thankfully, the film ends immediately after that, thus leaving it off as less of an actual reveal and more of an alternate interpretation of the on-screen events; but that doesn’t change the fact that it’s unnecessary.

Still, Trance is recommended as pure genre fiction. It’s crazy, violent, and filled with ideas that it doesn’t always capitalize on, but what’s important is that Boyle and the cast make it a fun ride well worth taking, and it’s at least a little smarter than most have and will give it credit for.