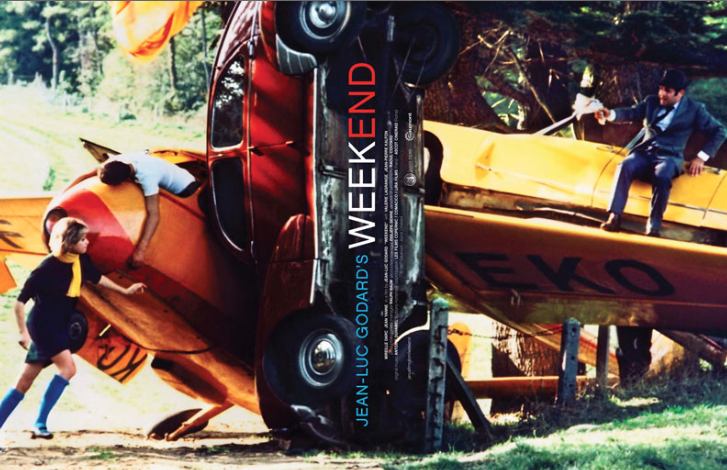 Gauging audience reaction of some of its new selections, Criterion had a bit of a mild year in 2012. An upgrade-heavy schedule filled with some real head-scratchers (My Life as a Dog? Really?) made the company look a bit shaky compared to its colleague across the pond, Eureka!, whose Masters of Cinema line put out hit after hit with acclaimed releases of everything from Double Indemnity to Rumble Fish to Gate of Hell. Closer to home, smaller distributors like Olive Films and Twilight Time came into their own, nabbing a host of classic titles that received solid, occasionally even stellar transfers. Criterion was never the only player in town, but this year provided a sharp reminder of that fact.

Yet if this constituted a “weak year” for Criterion, the majority of its new offerings proved that there is truly no such thing. A strong collection of Eclipse sets promoted disparate gems from classic Japanese horror to the solo works of Godard’s political collaborator Jean-Pierre Gorin, while the partnership with IFC continued to pay dividends in the acquisition of instant future classics like Abbas Kiarostami’s Certified Copy. Then, there are the 10 releases below, each one a testament to Criterion’s indefatigable ability to not only make great films readily available to those who live beyond the borders of consistent repertory cinema, but to present them as close to their best quality as possible. These discs revitalize classics, reintroduce forgotten gems and, in one case, revive the most notorious film maudit of them all. Don’t make a DVD shelf without them. 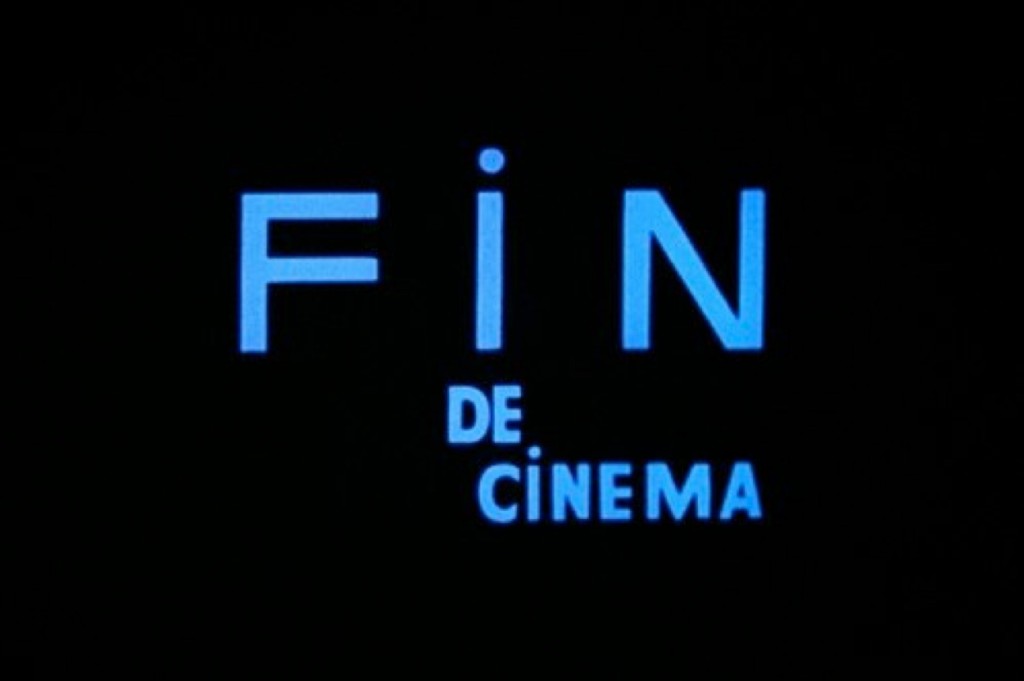 The first time I watched Jean-Luc Godard’s Week End, the picture quality was so poor it resembled the video-shot Dziga Vertov Group projects I would soon encounter rather than the pristine, oh-so-cinematic works of Godard’s early career. Criterion’s restoration is a miracle, giving the gorgeous color and ingenious framing of Raoul Coutard their full power once more. The Pop Art palettes of the director’s first color films breaks down here, and the gradual bleeding and mixing of reds, blues and yellows is so much more visible than in past home video prints and ubiquitous torrents, thus giving the social breakdown that aesthetic arc represents more weight. The extras are a bit light (save a video essay by the always great Kent Jones), but for bringing the first film on the Death of Cinema back to ripsnorting life, this is a definitive release. 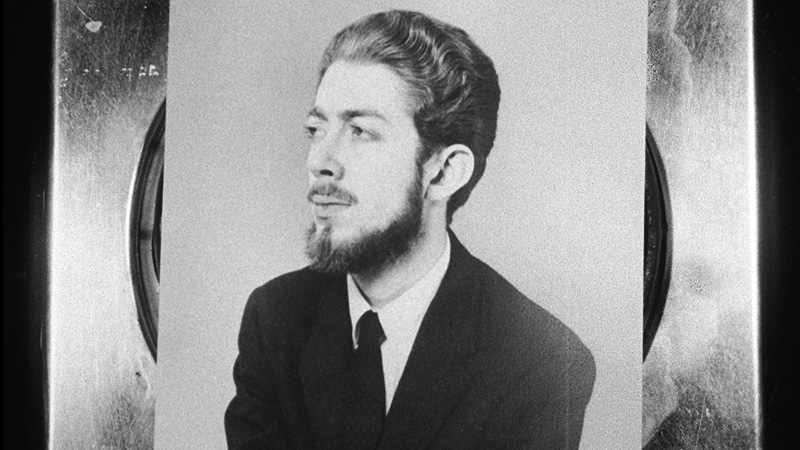 Criterion gets in on the truly avant-garde only on occasion, but when they do, the results are always exemplary. Like Criterion’s equally vital By Brakhage set, A Hollis Frampton Odyssey preserves and reintroduces the work of a great underground artist into broader cinephilic discussion. Frampton’s quasi-structuralist films may not be as phantasmagorically visual as Brakhage’s, but they remain just as fascinating for their incorporation and examination of sound along with the image and material of film, adding an extra element of intellectual exploration rarely tracked by many other avant-garde filmmakers. Collecting most of Frampton’s major works, sprinkled with the occasional audio commentary and some non-film experiments, A Hollis Frampton Odyssey is one of Criterion’s most important sets. 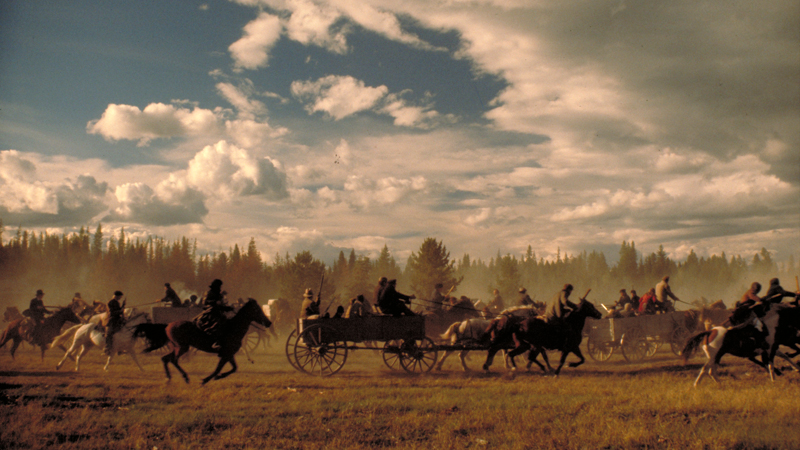 Director involvement normally ensures Criterion serves up definitive releases of its selected films, but Michael Cimino’s oversight and veto power on their Heaven’s Gate package is a rare instance of that collaboration stymying the company. Cimino’s lingering pain over the film’s treatment prevents in-depth features on the film’s troubled production, therefore cutting the foundation out from any equally probing examination of its slow rehabilitation. Nevertheless, the meticulous, arduous restoration done on the director’s bastard masterpiece, perhaps the greatest work of Fordian cinema outside John Ford’s own oeuvre, is so stupefying one wishes to write a letter of apology to both Cimino and cinematographer Vilmos Zsigmond apologizing for the ignorance of a previous generation. The greatest American film of the ‘80s has finally received its due. 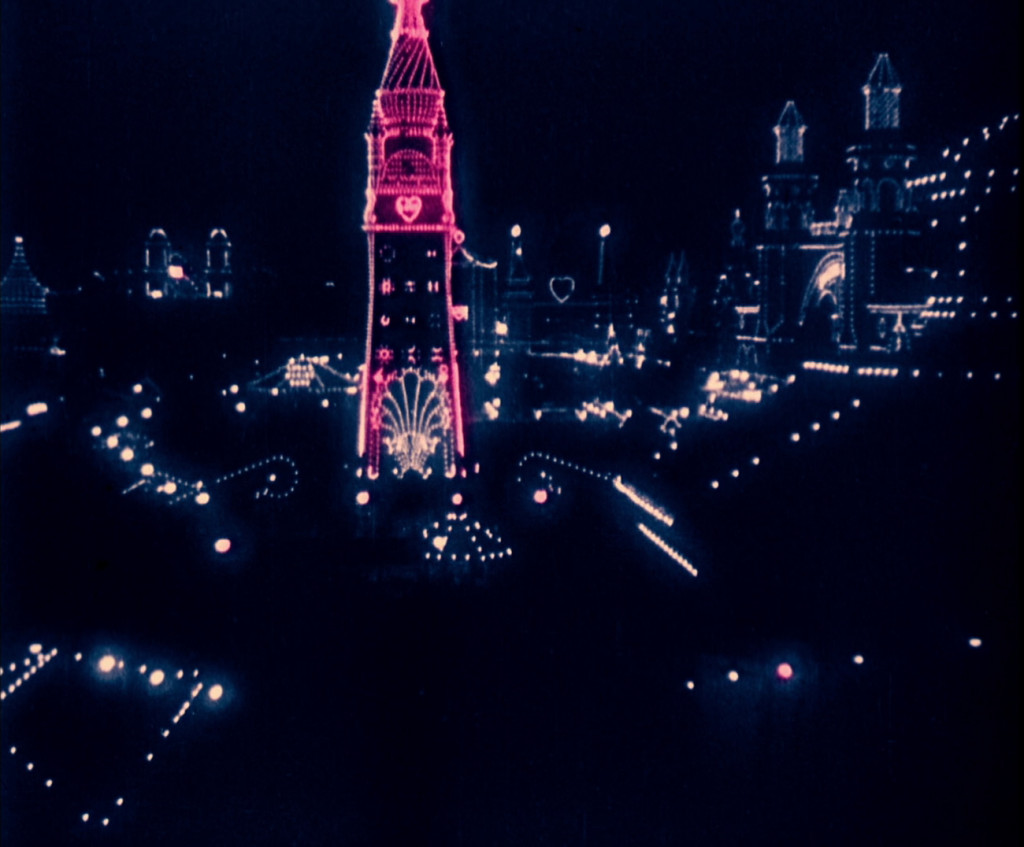 Criterion fans spend so much time clamoring for their wishlist picks to be included (A Brighter Summer Day! Jacques Rivette!) that sometimes we miss how exciting it is when a nearly unknown film is selected. Paul Fejos’ Lonesome is the surprise of the year from the company, a late-silent/early-sound rarity bubbling with poetic realist energy. Leaping in and out of sound and jutting between black-and-white and impressively tinted frames, Lonesome is a glorious, phantasmagoric ode to a city in which millions rub elbows but two people can feel so utterly alone until they meet. This may not be the best film Criterion put out this year, but it is the one that best displays Criterion’s ongoing contribution to cinephilia: not merely preserving the totemic works but making available wonderful movies that fell through the cracks of even dedicated film buffdom. And the surprise of the year deepens: the disc comes not only with the film on the cover but two (yes, two) additional feature films ported over from Fejos’ tenure at Universal. 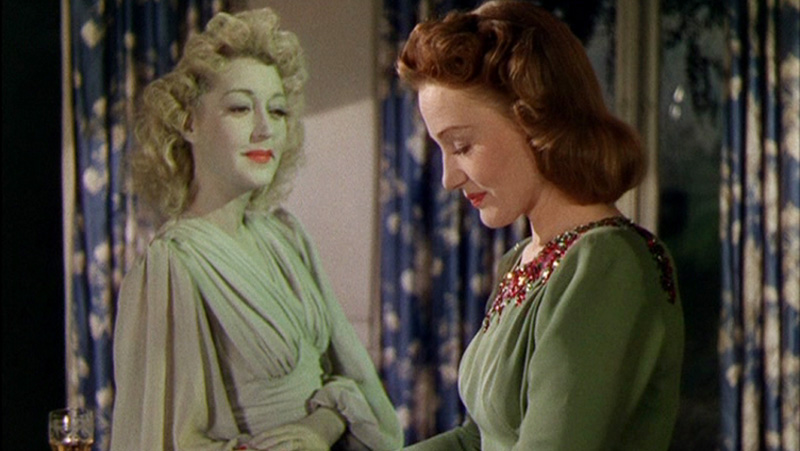 David Lean was a humble editor for some of the best masters of British cinema when playwright Noël Coward asked him to help film action scenes for his adaptation of his own In Which They Serve. The rest, as they say, is history. The four films included in this box set offer a terrifically concentrated insight into the rapid development of one of the great filmmakers, showing off his grounding in theatrical character insight even as the growing technical sophistication between films hints at visual splendor to come. 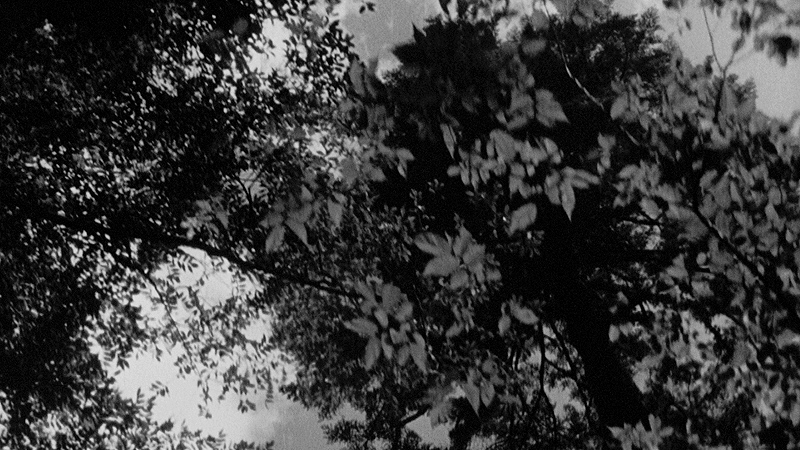 Blu-Ray upgrades to existing Criterion titles are always welcome but, for obvious reasons, never revelatory. One exception is this new issue of Rashomon which renders further obsolete the original 2002 DVD, reliant upon a horribly damaged print that could not be properly restored with contemporary technology. This new edition (which also includes a new DVD to phase out the old model for standard-def buyers) marks a vast leap in picture quality and does justice to this landmark picture. The extras are the same, of course, but one of those extras is a Donald Ritchie commentary. And take it from me, dear reader, a Donald Ritchie commentary will always seem current. 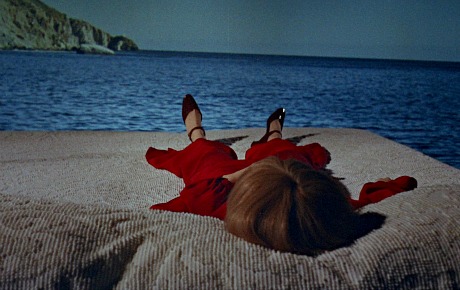 (All) Saints preserve whomever at Criterion got them on their recent annual tradition of putting out at least one horror film in October. Japanese horror has previously dominated this “tradition,” with House and Kuroneko getting inducted in 2010 and ‘11, respectively. This year, though, we got treated to one of the great American horror films, Roman Polanski’s perfectly modulated and nerve-fraying-ly suggestive Rosemary’s Baby. Sporting an unimpeachable transfer, Rosemary’s Baby looks about as good as it possibly can. For a movie that draws its chilling power from its immaculate mise-en-scène, this only makes things scarier. 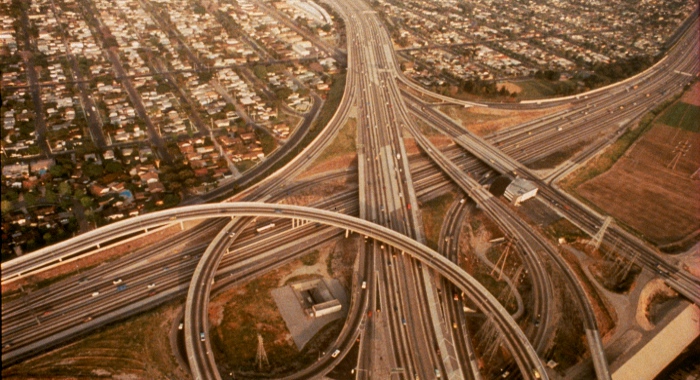 Admittedly, the Qatsi films (like cinematographer/editor Ron Fricke’s subsequent solo efforts) visualize their linking thematic arcs: each successive film looks more beautiful as advancements in technology and production make better quality materials easier to come by, but each film also says a bit less than the one that came before. Godfrey Reggio’s trilogy remain great works, however, and the films have never looked better. Nor have they sounded better, an important note to make for films whose soundtracks consist solely of Philip Glass’ incredible scores, among the greatest ever made for motion pictures. Glass features prominently in the wealth of extras (the best Criterion has assembled in some time), which makes this purchase even more essential. 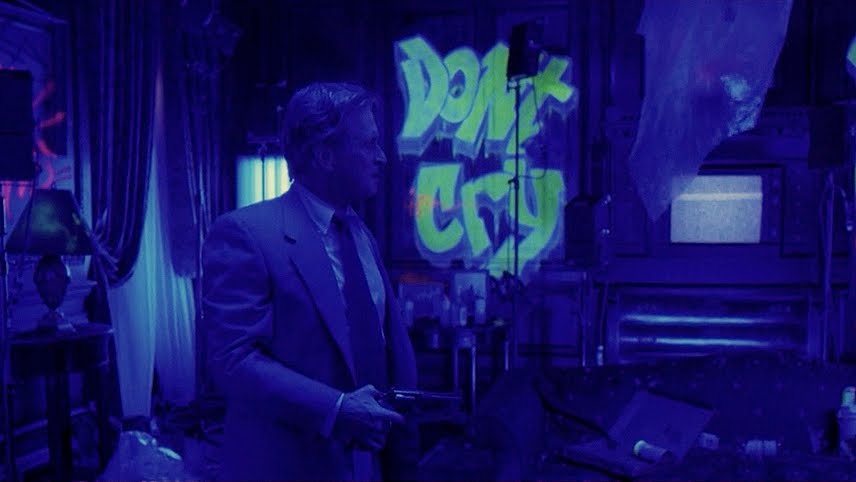 Looking back on David Fincher’s popular ‘90s work, much of it still shows the workman trappings of a man who had been plucked from making music videos only a few years prior. They are stylish, most certainly, but otherwise serviceable. Ironically, his most overt piece of fluff from the time, 1998’s The Game, has aged the best. The norm-upending descent into a rich man’s terror as an unseen force strips him of his wealth and privilege proves more termitic in its social commentary than Fight Club’s satire of wounded, directionless masculinity (though that too is a great work). Fincher’s red-headed stepchildren seem to get scooped up by Daddy Warbucks Criterion when no one else will have them, and The Game, with its freewheeling stylistic excess and prescient critique of the 1%, fits comfortably alongside Fincher’s other undervalued work in the collection, The Curious Case of Benjamin Button. 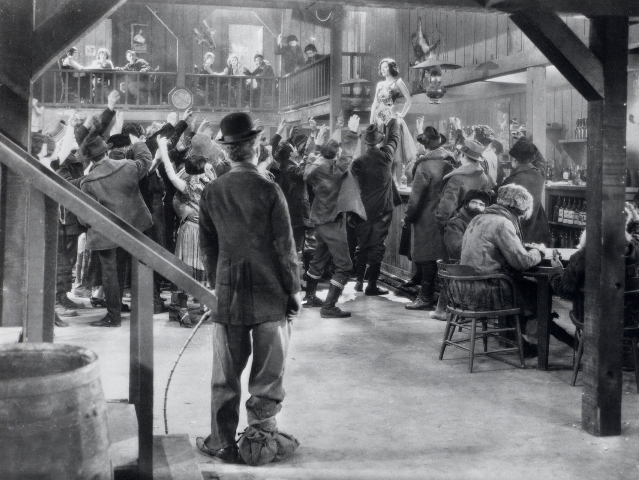 Criterion teases out their Chaplin releases almost cruelly; compare them to Kino’s rapid outpouring of Buster Keaton’s oeuvre to see the Stoneface leave the Tramp in the dust. Slow and steady may yet win the race, though, in the care Criterion affords to perhaps the greatest and most misunderstood of American masters. The Gold Rush is Chaplin’s finest silent picture, the best mix of his comedy and pathos, and the attention to production design and the comic timing of his editing offers some of the best evidence of Chaplin’s skill as a director. The original 1925 silent appears with some irreparable damage, though Criterion have also included Chaplin’s preferred (and better preserved) 1942 recut, useful only for the chance to see one of Chaplin’s best displays of artistic judgment turned into his absolute worst. An accompanying scholar commentary manages to avoid much of the dryness that sometimes seeps into these affairs, for who could watch a Chaplin film and not be moved toward some emotion?