John Boorman made a complete cycle of Jean-Pierre Melville’s adoption of American pop culture, re-applying the Frenchman’s modernist, hyper-cool distillation of noir and gangster tropes Stateside. The results are dazzling, a cubist genre picture whose achronological editing predicted by a good few decades the wave of post-Tarantino timeline futzing that has rarely approached this film’s sense of evocation and implication. This avant-garde assembly builds back outward from the essence Melville found in the noir genre, crafting a narrative in which thoughts are obscured but the thought itself is intimately felt as it fires synapses of inference and emotion. Centering it all is Lee Marvin, whose appropriately stripped-down performance nevertheless hums with the intensity of the man who could fill all the excess space of Ford’s frames in The Man Who Shot Liberty Valance.

No less existentially oriented than Alain Delon’s samourai, Marvin’s Walker articulates more forthright political and personal desires. In the film’s most painful exchange, Walker’s lover Chris (Angie Dickinson) confrontationally asks him, “What’s my last name?” to which he solemnly asks, “What’s my first?” Such terse but evocative lines are enhanced by the stark production design, all empty spaces shot through with just enough muted color to render emotion in muffled screams. Ultimately, the more conventional New Wave pleasures of Bonnie and Clyde would dictate the development of New Hollywood, but Point Blank offers a snapshot of a thrilling transition period for American cinema, one in which its established studio elements were put through a ringer by people willing to try anything. 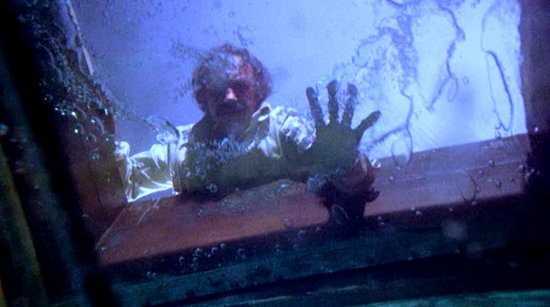 Not to be confused with Kelly Reichardt’s latest film with the same name, Night Moves is Arthur Penn’s 1975 film about unfurling mystery and disillusionment. Gene Hackman stars in this noir as Harry Moseby, an expert LA private-eye hired to find a young runaway. Like most noirs of the 70’s, Night Moves slowly progresses as Harry is weighed down and thrown off track by the complicated females in his life: his wife is cheating on him, but Harry is way too preoccupied to give a damn. The always great Hackman is superb in portraying Harry as man who’s become a product of  70’s paranoia and uncertainty. His motivations are dubious at best, only adding to Penn’s intended commentary on a lonely man who is ailienated by the relationships and connections that he cannot pin down. While the narrative is at first difficult to unpack, mostly due to the limited perspective we’re given (Hackman is in nearly every scene), Night Moves grows increasingly urgent as it surges towards its incredible climax. Night Moves has all the workings of an underrated gem as its great dialogue and twisty plot mechanics would hold up even today. – Ty Landis