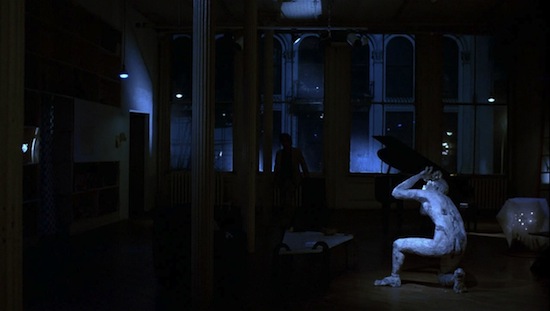 I wanted to spotlight one of Warner’s more season-appropriate titles leading up to Halloween, but then, Martin Scorsese’s After Hours has long been one of my favorite cinematic nightmares. A response to Scorsese’s own frustrations with the Hollywood system of the 1980s, the film is a stylistic spleen-venting, with the director surrendering fully to his form. Wild camera movements (including a drop timed to a tossed key that required careful planning and dumb luck just for a few seconds of useable footage), Archerian color and relentless editing use Kafka as a jumping-off point for something far more self-contained and id-driven. It’s also surprisingly relevant: as the story of a man who abandons a job for which he has no respect, enters into a nightmare world of his own making that punishes him for his arrogance, then winds up exactly where he started with only the psychological trauma of his actions offering any evidence of change, After Hours is a fitting metaphor for the GOP’s experience of the shutdown.