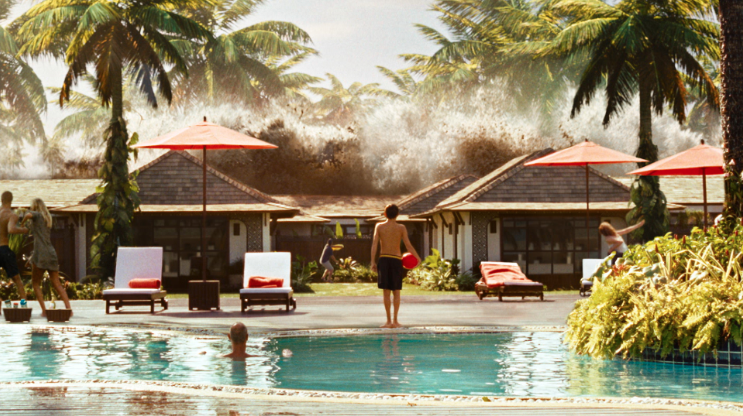 ‘The Impossible’ Does the Probable and Predictable

On a technical level, The Impossible is virtually flawless. Juan Antonio Bayona, director of the brilliant horror film The Orphanage, takes the audience headfirst into the tsunami that shook Southeast Asia in 2004 with such force and prowess that it can be breathtaking.

Better still is the duo of Naomi Watts and Ewan McGregor as the real-life mother and father who, along with their three young boys, were separated and reunited in the aftermath of the horrific storm. With a director this talented, a cast this good, and such an inspirational true story at the center of it, it’s such a shame that The Impossible isn’t better.

Perhaps because The Impossible opens on such a strong note, the rest of the film feels so drab and uneventful. For the first 20 minutes or so, Bayona unflinchingly recreates the tsunami in all its fury and destruction, refusing to shy away from the ugliness of the event. Watts’ Maria and her eldest son, Lucas (Tom Holland), are thrashed about in the water with reckless abandon. Even after the storm stops, they remain physically and emotionally damaged. Drenched in mud, and with grisly, gaping wounds on one of them, they’re forced to overcome their own injuries and cowardice to save themselves and other survivors.

This leads us to an extended sequence in a hospital showcasing more gruesome injuries, further establishing a sense of genuine danger that’s needed when depicting such a harrowing true disaster. A lot of the imagery in the film is surprisingly grotesque, really pushing the limits of its PG-13 rating at times. This grim, unflinching attention to detail gives The Impossible a jolt of suspense and liveliness for the opening act.

However, once the focus shifts to McGregor’s character, Henry, the script’s problems begin to materialize, and the film as a whole loses the danger that rooted it in realism. After the first act, it becomes more apparent that the film’s plot is neither adequate nor engrossing enough to depict this otherwise remarkable true story. Because much of the film is spent with two separate groups of the family attempting to reunite with the other, it’s forced to pad itself out with scenes of aimless wandering around ruined tropical landscapes. None of these scenes have the same urgency or dread the opening so effortlessly conjures, resulting in a dip in pacing that continues to slow as it plods along.

It’s a shame that these moments make up the majority of the film, because it’s at its best when Bayona is completely in the zone, reveling in the shock of the situation. The main tsunami sequence with Watts and Holland works because of his commitment to the detailed recreation and terrific camerawork and editing that coherently captures the scope of the event without losing sight of the desperate humans at the center of it all. The effective melding of CG and practical visuals manages to overwhelm the senses just enough without distracting the viewer in mindless cacophony.

The Impossible‘s first 20 minutes are so firmly rooted in its grim, ultra-realistic depiction of the tsunami and its aftermath that the layer of syrupy sentiment that settles over the film’s remainder is jarring. This uplifting treacle could work under the right circumstances, but here it remains difficult to swallow because it doesn’t mesh well with the rest of the film. It’s understandable in theory since this is, after all, a story about maintaining hope in a grim situation, but Bayona hammers on it so relentlessly there’s no room to let its themes gently work their way into you. A shame, considering his last film, The Orphanage, contained a surplus of subtlety in its storytelling.

What’s meant to be a triumphant true story about succeeding under impossible odds ends up feeling more like a Lifetime TV movie. This is a sorely wasted opportunity because the direction can be incredible when it wants to, all of the performances are generally A-grade, and the true story behind it is inherently fascinating. But as someone who is normally vulnerable to sentimentality, this wasn’t able to hit hard enough to make a lasting impression.

The Impossible‘s unwieldy mixture of saccharine inspiration and grisly disaster drama never gels and thus has no emotional impact. Nevertheless, Juan Antonio Bayona’s sheer craftsmanship and the strength of its cast saves it from being a complete waste of time. If anything, see it for the spectacular tsunami sequence.

4 thoughts on “‘The Impossible’ Does the Probable and Predictable”