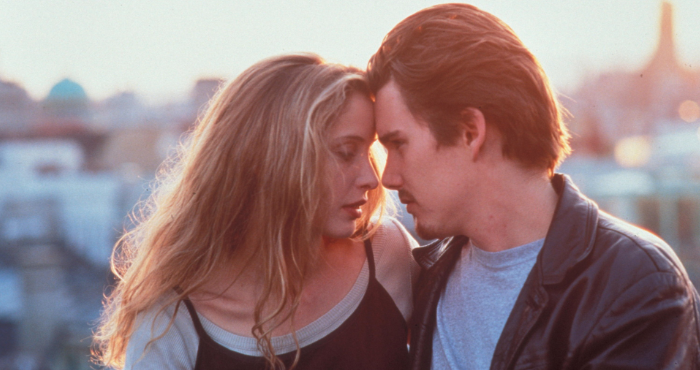 The Richard Linklater Retrospective: A Romantic and Cynical Artist Unleashed

So here are the four films that build the voice. One of unbridled optimism, one of ceaseless cynicism, one an amalgamation of every lost and found soul in the city of slackers, and one a pinnacle of romanticism that asks the viewer in which way, cynicism or romanticism, do they wish to believe in. Sometimes I think Linklater is SubUrbia, sometimes I think he is Before Sunrise, but most of the time I am just as dazed and confused as its characters … wondering, escaping, endlessly asking, “What’s the answer?”.

Slacker will always be seen as the breakout film for Linklater, even if it wasn’t where he learnt to plow, it was where the world saw that he could. Slacker is another film in the Linklater oeuvre that took two watches for it to be fully comprehended by myself. Linklater at this stage in the game was beginning to find himself as a director, beginning to find a real outlet for his voice, Slacker was the first of four films of which together fully amalgamate his voice, the others being Dazed and Confused, Before Sunrise, and SubUrbia, but more on those later. Slacker presents a baton-passing narrative wherein each character possesses differing eccentricities and idiosyncrasies yet all are equally captivating.

The audacious nature of it allures even the most stoic of cinephiles. If there’s one thing that Slacker is not, it’s an unappealing synopsis. Within 100 minutes of non-stop vignettes and transient characters Linklater manages to encapsulate an endless array of anxiety-ridden youth and bitter discontentment. We only stay with each passing character for a short and limited time, but with each one, their character, their passion, their intensity, is so profoundly portrayed that a constant state of bewilderment and wonderment is forced upon the viewer.

Here Linklater essentially crafts a perfect film theatrically, whilst a minority of technical problems rear their ugly head early on, they are essentially made irrelevant under the potency of the film. Slacker asks questions of the viewer, not only of the moral crises its characters represent, but also—and most brutally—of individuality. One girl astutely counters her boyfriends argument by telling him that he is just an amalgamation of texts and art that he’s consumed and molded into a personality. This insecurity over individuality is one of the most endearing aspects of Linklater’s early character. With Slacker too being a cocktail of thoughts and concepts through varying characters this comment is amplified to such a platform where one could sit idly in bed for days just thinking about its ferocity, and therein lies the true beauty of cinema, affecting thought.

Dazed and Confused represents the insecurities and uncertainties of a select group of youth in a blurry glow of unbridled nostalgia and good times. The ages of its inhabitants range from freshman to senior, but the theme for them all remains the same: they’re all scared, hopeful, anxious, apprehensive, looking forward into their adolescence, looking forward into eternity, eyes constantly on the horizon, as the music blasts and the beer flows the anxiety-ridden question looms over them all throughout, where are they going? Do they know? Will they ever know? Linklater paints them in eternal sunshine and sentimentality, a yearning for these times to never end, for these friendships to never break-off, for the seemingly eternal sun to never go out, but they all will. This is the looming uncertainty that Linklater portrayed with such passion in his early career, and here it’s on full sail, boats against the current, screaming “There’s hope, there’s such beautiful radiant sunlit hope.” 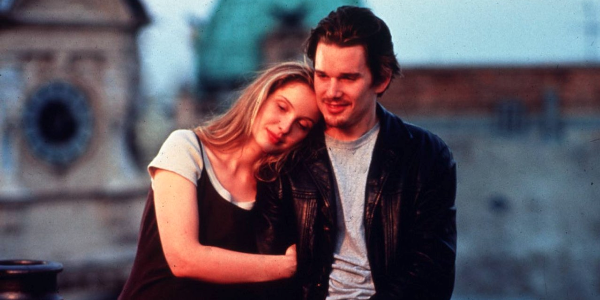 Before Sunrise charters a solution of pure romanticism not only of France but of all its inhabitants of differing variety, of the infinitely poetic artisan beggars, of the nostalgic bartenders, the night-owl piano players, the ones who are mad to live, of the intransigent moonlit sky forever thrusting forward the lives of which it illuminates. Where its inmates are the ones who never yawn or say a commonplace thing, but burn. There is little cynicism within the film, any that rears its ugly head is quickly drowned out within its atmosphere of ethereal charm.

Due to its distinct lack of blatant cynicism, asking the question, “are you a romantic or a cynic?” after the credits roll, seems nonsensical. Yet the question remains, Linklater leaves the couple in an equivocal daze but the story can and will continue in differing ways. Do they meet? Do they flake? Linklater’s incessant romanticism will push the majority into the former, and perhaps this is the greatest telling of who wins the war of his screaming voice, the pessimism or the optimism. “I have an admittedly insane idea but if I don’t ask you this I’m going to regret it the rest of my life.” 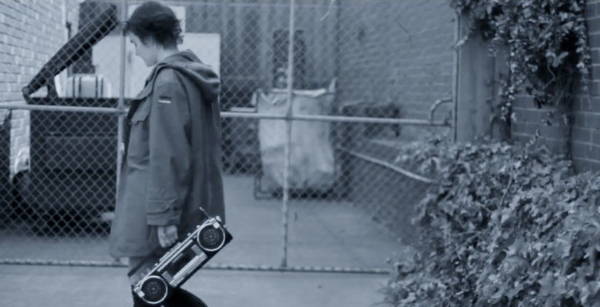 Virulent, toxic, and ceaseless in its ferocious cynicism, SubUrbia is undoubtedly Richard Linklater’s ugliest creation. The headlights of passing vehicles and the moonlit sky are all that remain to illuminate their overcast and hopeless existence. If Dazed and Confused represented the artist’s hope, his dreams, his optimistic glow, then SubUrbia counters it all, neutralizing every lingering sanguinity with a parade of bitterness. Not only does Linklater portray the alienated and lost youthful malaise with ceaseless passion, he also savagely attacks himself in the process, “I don’t have an answer, I don’t have a fucking message”, this resounding lack of commitment to one take on individuality is where he really comes into his own.

“I’m not being cynical, I’m being honest” the main character proclaims, and perhaps so, perhaps SubUrbia represents Linklater’s voice in its least diluted — a pure glass of half empty pessimistic Linklater. And it’s ugly, boy is it ugly, and maybe that is the true cadence that his voice speaks: ugliness, bitterness, with fleeting glimmers of hope that something from somewhere else will come to save us from ourselves. SubUrbia is unquestionably Linklater’s most overlooked film, rounding out the beginning of his career with frustration and self-resentment. However, it’s a completely necessary film in his oeuvre, not only to just counteract Dazed and Confused, but to make a voice whole, to make a voice human. “It’s my duty as a human being to be pissed off”.

Tomorrow the Richard Linklater retrospective will continue with the third of four chapters in this series. Read chapter one here.

One thought on “The Richard Linklater Retrospective: A Romantic and Cynical Artist Unleashed”