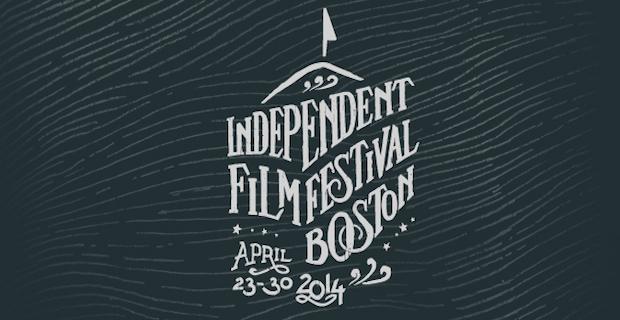 There’s something about sitting in Screen One at the Somerville Theater on the first night of the Independent Film Festival Boston that’s undeniably, deeply comforting on a communal level.

Of course, any Boston-area film enthusiast is free* to catch a flick here at any time of the year, whether at a regularly scheduled screening of a current release, their repertory screening series, or the twenty four hour sci-fi movie marathon. And, yes, whenever you watch a film in any appropriately designated public space, you’re engaging in community, partaking in a joint activity with other cineastes who possess an abiding love of the movies just like you.

But when you take a seat in the Somerville Theater’s most cavernous and central room on the first night of IFFBoston, you become a part of something that’s infinitely more special, more unique, more powerful than participating in a matinee showing of the latest arthouse masterpiece. Just like so many others, you’re answering a call sounded only once a year to come together in celebration of the independent filmmaking spirit, and in support of independent film’s continued proliferation and longevity on both a national and – perhaps more importantly – local level. More than anything else, IFFBoston is about that aforementioned sense of community. 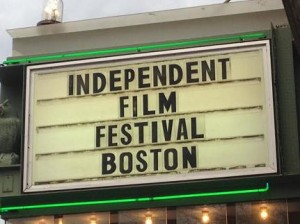 In 2014, that’s truer than ever. Community is what drives the festival, and what makes it possible to begin with; without that social component, that intangible drive to experience film with friends and strangers alike, IFFBoston doesn’t happen. This year, maybe more than any other, has been fraught with hardships for the festival – chalk that up to any number of factors, including but not limited to a shrinking core group of volunteers, the continued rise of on demand content, and the loss of one of IFFBoston’s most influential backers (The Boston Phoenix, which folded in 2013) – and yet last night, with minimal hiccups save for a delayed start, the twelfth annual Independent Film Festival Boston began in earnest.

What a night. It’s always good to see the lights go up on IFFBoston, and it’s always good to attend screenings with the sort of enthusiastic audiences that the fest has become known for. In consideration of the difficulties facing the festival, Wednesday night felt downright cathartic, letting everyone – from attendees to staff – to breathe a sigh of relief and let anxiety give way to the joy of the movies. There’s something very affirming about that; no matter what new devices we’ll come to watch movies on, no matter how the business of distribution changes, no matter the ebbs and flows in film as a medium, movie lovers will always gather in droves to sit in the thrall of the silver screen. And that’s an encouraging thought. 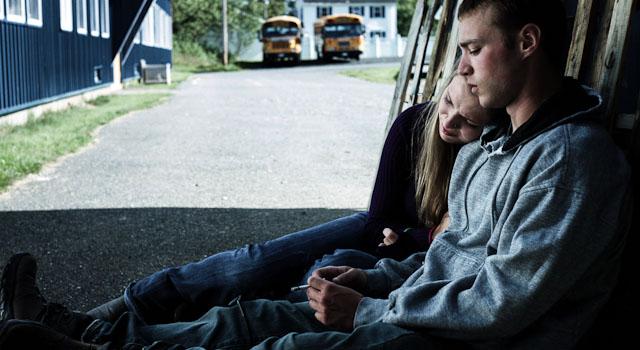 Beneath the Harvest Sky

The first narrative feature by Gita Pullapilly and Aron Gaudet marks their second time presenting their work at IFFBoston; their last collaboration, the documentary The Way We Get By, ran at the fest in 2009. For 2014, their new film, Beneath the Harvest Sky, was chosen to kick off the festivities, and after a late commencement, a brief set played by Dustin Hamman (frontman of Run-On Sentence and also the movie’s composer), and heartfelt acknowledgements made by festival coordinators, the presentation began.

Beneath the Harvest Sky sees Pullapilly and Gaudet returning to the familiarity of a Maine backdrop, against which they tell the story of two young men – Casper (Emory Cohen, The Place Beyond the Pines) and Dominic (Callan McAuliffe, The Great Gatsby) – struggling to build better futures for themselves in their own ways. Dominic has a good head on his shoulders; he tends the potato harvest like so many others, hoping to save enough money to buy a car. Casper, on the other hand, follows in the footsteps of his father Clayton (Aiden Gillen, Game of Thrones), a drug smuggler plotting to sneak pills over the border and into Canada.

If the film isn’t documentarian in nature, it’s still philosophically committed to the idea of playing true to life. Beneath the Harvest Sky has grand designs, at times existing as a story of disaffected youth attempting to free themselves of the shackles that bind them to their destitute hometown. At others, the film acts like a slice of real crime, taking a page from The Wire as it details the intricacies of Clayton’s scheme while also pitting him against the MDEA. It’s easy to see how the more impressionable, less rational Casper could be so easily seduced by his father’s lifestyle, and – frighteningly enough – even easier to see how running drugs might be the best chance at a better life available to kids like him.

But Beneath the Harvest Sky never finds a proper balance between its two halves. They never cohere properly, and the results pitch and lurch rather than harmonize. While the parallels between the paths Dominic and Casper take are clear, they clash, and so the film feels unbalanced as cracks begin to show in its illusion of verisimilitude. Just as the world Clayton inhabits mesmerizes Casper, so too does it appear to enchant Gaudet and Pullapilly – but not always for the better. 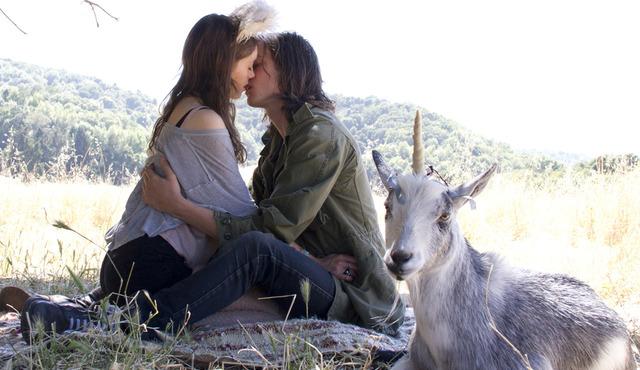 I Believe In Unicorns

If you can remember what it’s like being a teenager, then you’ll likely remember just how hot emotions run among young adults. And if you remember that, then the central love story driving I Believe In Unicorns forward will hold a great deal of emotional currency for you. At just under an hour and a half, the film buzzes with the veracity of early infatuation, coupled with a desperate need for escape; like Beneath the Harvest Sky, I Believe In Unicorns is all about desire to free oneself from unfavorable circumstances.

But first-time filmmaker** Leah Meyerhoff actually dramatizes her protagonist’s self-actualized liberation from her sickly mother, the frustrations of high school life, and the malaise inherent to life in a dead-end town. I Believe In Unicorns seeks to explore what happens once Davina (Natalia Dyer) and her older, bad boy beau Sterling (Peter Vack) run away together, hitting the road on a flight of fancy that grows darker and grimmer the further away they get from home and the closer they get to each other. Davina’s naiveté leaves her ill-equipped for life in the real world, and even less capable of handling Sterling’s shocking mood swings.

Meyerhoff has a style that reflects any number of potential influences; Michel Gondry can be seen in fantasy infused stop-motion tangents, Terrence Malick in her eye for nature, and perhaps even Catherine Hardwicke in her examination of misguided, unhinged teenhood. But that cavalcade of inspiration has helped Meyerhoff forge a style that’s uniquely her own nonetheless. I Believe In Unicorns may feel slight in its scope – perhaps another ten minutes of running time would alleviate that – but it’s immensely substantive in its gravity and in its personal earnestness, and signifies Meyerhoff as a talent to watch. 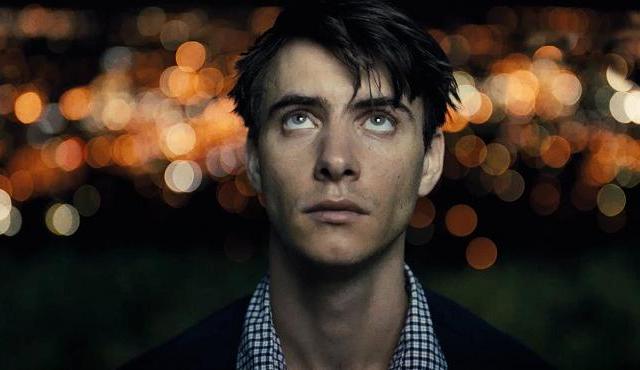 The highest compliment anyone can pay Bryan Reisberg’s directorial debut is that it feels like the work of a veteran filmmaker with several features under his belt; it’s impressively refined and slick in appearance. Maybe that’s lesser praise, though, in light of how well all of the stuff settled beneath that polished veneer works. There’s a preciously tongue-in-cheek dynamic at play between Big Significant Things‘ title and its content, something that surfaces immediately in the film’s opening moments, but there’s also craft and wit that intentionally undercuts all traces of twee and supplants it with frank honesty.

Big Significant Things follows Craig (Harry Lloyd, another Game of Thrones alum) as he motors around the deep South on a work trip. Except that he’s not working; he’s ducking personal responsibility. Craig is having a breakdown of sorts, on the run from growing up and taking his relationship to his girlfriend (heard, not seen) to the next level. They’re buying a house in San Francisco together, and no matter how much Craig insists his enthusiasm, the viewer knows that he’s hiding his stark terror over reality not just from her, but from himself.

Craig finds distraction in big, insignificant things, attractions like the World’s Largest Cedar Bucket, The World’s Largest Rocking Chair, and, in a climactic shot, the Roanoke Star; each is a means to an end, namely putting off adulthood. He also occasionally interacts with other humans, found in lonesome bars and in gas stops across the region. But he doesn’t find succor, just a series of shattered illusions, which Reisberg portrays through unflinchingly intimate camera angles and with a flattened color palette; the open ending lends the film a sense of acceptable incompleteness. You may see more self-contained indies at the festival this year, but you may not find any that are quite so accomplished.

Check back here for more dispatches from IFFBoston as the festival continues, including reviews of Boyhood, Belle, The Trip to Italy, and more.

*Well, okay, no, you have to pay the price of admission, but you get what I mean.
**This is a running theme throughout the festival, and one more reason why IFFBoston and festivals like it are so critical to the lifeblood of the medium.

2 thoughts on “IFFBoston 2014, First Dispatch: ‘Beneath the Harvest Sky’, ‘Big Significant Things’, ‘I Believe In Unicorns’”