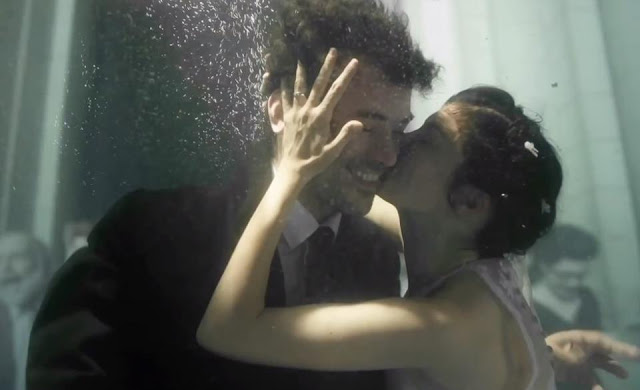 Here in Boston, the arrival of April means that we can put away our snow shovels, get back to using the Frog Pond as a reflecting pool, and start counting down the hours until opening day at Fenway. It also means an influx of independent cinema throughout our fine city’s wonderful collection of repertory theaters, brought on by the annual Independent Film Festival of Boston. 2014 marks IFFBoston’s twelfth year of highlighting quality indie filmmaking for Boston cinephiles, and with the release of the fest’s line-up, it looks like this could be one of the best years yet in its lifetime.

Richard Linklater’s Boyhood – which has dazzled us over here at Movie Mezzanine not once, but twice – may well be the stand-out entry of the whole shindig, but it’s just one title in a wide array of films worth getting excited about. Boyhood comes paired with the likes of ominous Tom Hardy vehicle Locke, Justin Simien’s Sundance favorite Dear White People, Ti West’s Jonestown parable The Sacrament, David Zellner’s Kumiko, the Treasure Hunter (another film that has earned our admiration), Michel Gondry’s surreal, jazz-influenced Mood Indigo, and many, many others.

And that’s just touching on the Narrative Features, to say nothing of the smorgasbord of documentaries and shorts on display in tandem. We Are Legion: The Story of the Hacktivists director Brian Knappenberger returns to IFFBoston with The Internet’s Own Boy: The Story of Aaron Swartz, while Tracy Droz Tragos and Andrew Droz Palermo have committed their slice-of–Missouri-life doc Rich Hill to the festivities.

Put simply, there’s something for everybody at this year’s fest, and no shortage on variety and quality. (Not that that represents a marked difference from previous years, but I digress.) Curious to see the whole line-up for 2014? Scroll below, and find out for yourself:

BENEATH THE HARVEST SKY directed by Gita Pullapilly & Aron Gaudet

IFFBoston runs from April 23rd to April 30th, so if you’re a local-area Beantown film lover, head over here for information on attending – and maybe I’ll see you there!