Sundance is over and done with, but that doesn’t mean the reviews will stop coming! 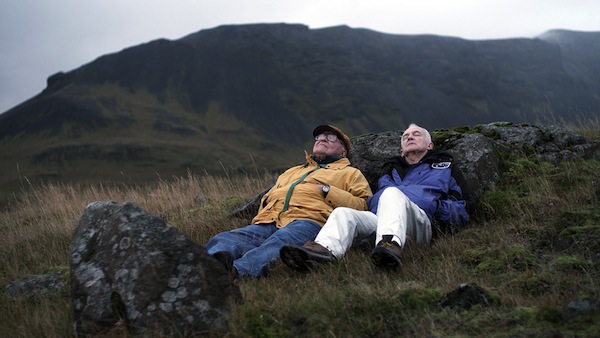 Ex-brothers-in-law Mitch (Earl Lynn Nelson) and Colin (Paul Eenhorn) take off for a spur-of-the-moment vacation to Iceland. This is not the kind of old-people-getting-their-groove-back travelogue one might expect. The sanguine Mitch and phlegmatic Colin don’t get up to any shenanigans greater than getting lost on a moor at night. But it’s still a riotous good time, thanks to Nelson’s fearlessly lusty performance, concerted with Eenhorn’s unflappability.

Gorgeous photography of the Icelandic countryside makes this an even more effective tourism advertisement for the country than The Secret Life of Walter Mitty. Themes about the loss that comes with life and the meditation of age are touched on, but not dwelled upon so much as to harsh the overall glowing mood. 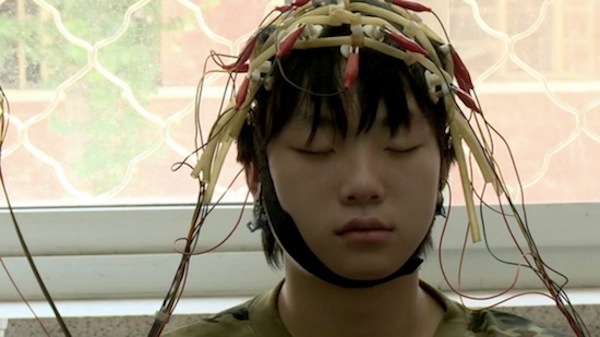 The Chinese government has determined Internet addiction to be one of the most serious public health issues affecting its youth today. To combat the phenomenon, numerous “treatment facilities” have been set up, which look more like forced boot camps than anything else. This documentary follows several teenage boys whose parents have turned them over to one such facility because of their prolific online gaming. Through numerous disciplinary drills and therapy sessions, the reasons for their obsessions become clear. And it seems to have more to do with their family problems than with the net itself.

Web Junkie says a lot more about the expectations that Chinese society places on its kids than it does about Internet addiction. It isn’t entirely clear whether directors Shosh Shlam and Hilla Medalia even accept the idea that the phenomenon is legitimate. What really undoes the film, though, is its formlessness. Incidents and conversations come and go without building on theme or tone. At least the movie makes a good compare and contrast companion with Love Child, another doc related to Internet addiction that played the fest. 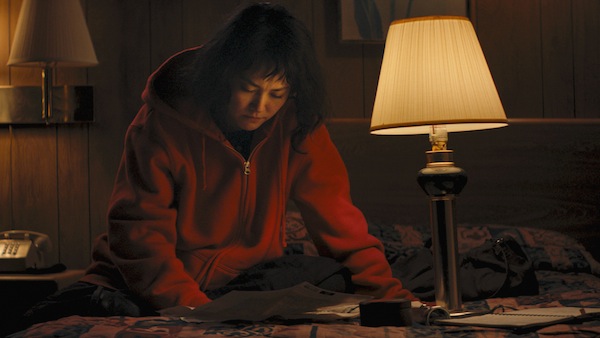 Rinko Kikuchi plays a woman who thinks that Fargo is real, and travels from Japan to Minnesota to find the buried money from the film. This is the latest offering from the writing/directing pair of the Zellner brothers, who have established themselves as the indie princes of the offbeat. This movie could easily be cruelly humorous or embarrassingly overwrought, but walks the tonal tightrope over both. It does have humor, but it focuses on the challenges of intercultural communication and is never at its main character’s expense. There is pathos, but it’s predicated on earned character beats and not cheap circumstance.

Kikuchi embodies the film’s tricky feel with her endlessly fascinating performance. It’s not clear if Kumiko is deeply deluded, slightly unhinged, or even, impossible though it may seem, on the right course. Kikuchi embodies silent, reserved frustration at every turn, and makes Kumiko’s strange journey relatable, as unlikely as that may seem. The movie also features what is probably the best movie animal act of the year, with the ridiculously adorable rabbit Bunzo. He is, no joke, at the center of an incredibly emotional and resonant moment. Beautiful cinematography of both urban Japan and the frostbitten midwestern American wastes wrap up a lovely, intriguing package. 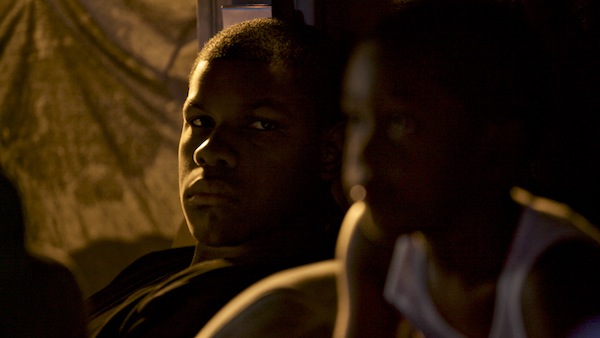 Attack the Block’s John Boyega plays Bambi, a young Los Angeles man trying to reintegrate into society after just being released from prison. Unfortunately, his society is Watts, and the temptations of his old lifestyle are all around him. Going back to drug-smuggling certainly seems an easier alternative than the bureaucracy-riddled labyrinth of the parole system, which fights his attempts to find legal employment at every turn. Bambi has a young son and a half-brother to watch out for, and his options seem to be running out.

The script for this film came from the Sundance writer’s lab, and that’s obvious at nearly every stage. Very early on, you can call nearly all the upcoming beats with startling accuracy, as well as the fates of many of the characters. The social commentary also feels obvious. But Bambi’s troubles aren’t too far off from what many men like him experience in our country today, so I didn’t too much mind a slightly graceless hand. And Boyega is so great, shepherding the film through its clunkier elements. There’s no trace of his Britishness. Like Idris Elba on The Wire, he’s completely convincing as a product of a specific environment.

Bambi’s journey follows a similar route to other inner city-set social dramas, although he’s a more artistic soul than the usual protagonists of such films. That lends the movie a more distinct atmosphere, which helps set it apart from its ilk. I still couldn’t help but begin to wonder what the movie would look like if it broke its tropes. What if, for instance, Bambi took up an offer to drive some drugs across state lines for a hefty pay, it went off without a hitch, and that money proved to be what he needed to get back on his feet? That would be something truly challenging. Regardless, the film is solid. Boyega will be going big places. 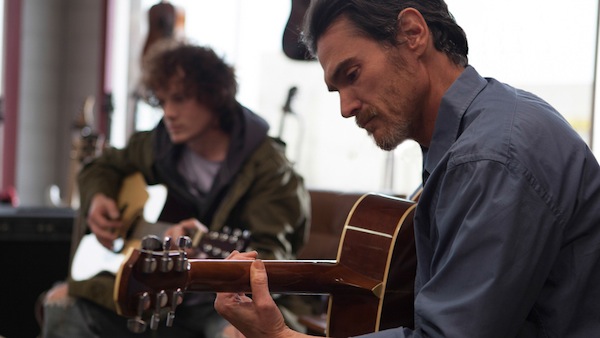 Billy Crudup can’t grow a sorrow beard to match Aaron Paul’s in Hellion, but he tries his damnedest to. Crudup plays Sam, an advertising asshole who sinks into a drunken, boat-living existence after the death of his son. After discovering the songs his son wrote, he starts playing them alongside a local music nerd (Anton Yelchin). The two eventually form a band, and many indie life lessons are learned.

Probably the most stereotypically Sundancey of all the movies I saw at this year’s fest, Rudderless still somehow managed to get on my good side. I liked the soundtrack, but I like pretty much any kind of music, and don’t have a problem with white dudes crooning to tender guitar chords. If you do, then the film might not be to your tastes. But I felt they work  to convey both adolescent angst and Sam’s grief.

Crudup is nicely grungy and dry, mixing both sarcastic wit and a deep sense of loss. Yelchin makes a spookily good weird kid, and he’s really the lynchpin of the story. The story itself is mappable to a tee, with the exception of a twist that felt unnecessary. In fact, the story would have felt stronger if the information contained in the twist had been given to the audience from the start. Despite it’s conventionality, the film is funny enough and affecting enough that I could dig it.