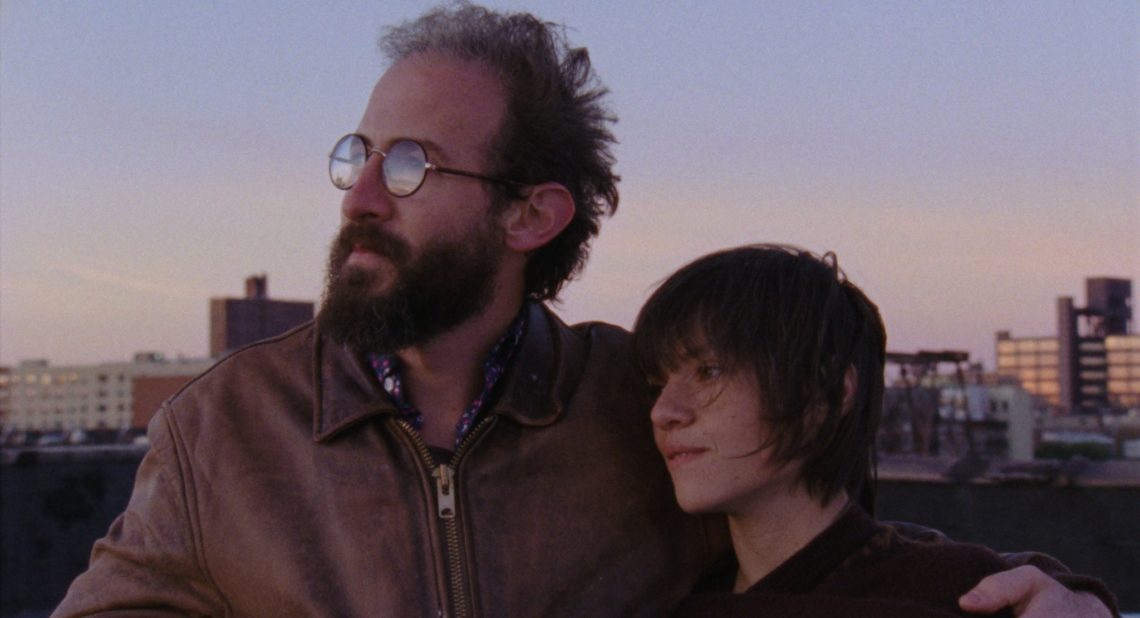 In his first dispatch from the 2017 Sundance Film Festival, Marshall Shaffer talks about films like "Landline," "Person to Person," and a documentary on the Oklahoma City bombing.

Connection seems like an awfully vague term to declare a main thematic thread for a film festival – it’s a bit like “love,” deployed as a convenient catch-all in cursory analysis. But far more than 2016’s edition of the Sundance Film Festival, where I saw several films about protagonists trying to connect with themselves, many in 2017 show a greater concern for how we connect to each other and the world around us.

This was most apparent in the two New York-set features I’ve seen thus far, Dustin Guy Defa’s Person to Person and Gillian Robespierre’s Landline. I made a conscious effort to avoid the kinds of films that might pertain primarily to the so-called “coastal elites,” which can present themselves as microcosms for America while only showing a narrow slice of existence. That’s not to say that these movies are meritless or rendered useless in this brave new world. But after the primal electoral howl of November, some perspective on the limited application of what Judd Apatow deemed “west-of-the-405 problem” films (and their East Coast counterparts) does not hurt. That said, I still had to see some. Forgoing them entirely would be akin to a cinematic Atkins diet, taking out an entire component of the pyramid structure for quick change.

Person to Person starts off feeling like a Jim Jarmusch-Noah Baumbach hybrid, a series of vignettes that send signals that they will converge in a manner we’ve come to expect from “hyperlink cinema.” Some of them do. The center of gravity is a murder case that involves the victim’s wealthy Brooklynite wife (Michaela Watkins), two clueless investigative reporters at a no-name tabloid (Michael Cera and Abbi Jacobson), and a watchmaker (Philip Baker Hall) with the clue that could hold the key to the entire case. On the periphery, Defa also follows a vinyl collector (Bene Coopersmith) dealing with a dishonest client, a wandering boyfriend (George Sample III) who gets shaken down by the angry brother of his partner, and a verbose young woman (Tavi Gevinson) probing the boundaries of her toleration and sexuality.

Defa has built up high regard, making short films for several years, even earning a retrospective at the Film Society of Lincoln Center in 2015. (Take four minutes to watch Review instead of that Jimmy Fallon clip your friends have shared on Facebook.) That background does rear its head in Person to Person, which can play more as a compendium than an omnibus. Still, the old pan that something is “less than the sum of its parts” does not quite apply here. There is loose connective tissue for all the stories: violence, unseen but affecting all of the characters in significant ways. Not the cheeriest take on human relations, but it’s hard to deny given that many of 2016’s most fervent moments of collective emotion came in the wake of celebrity deaths. 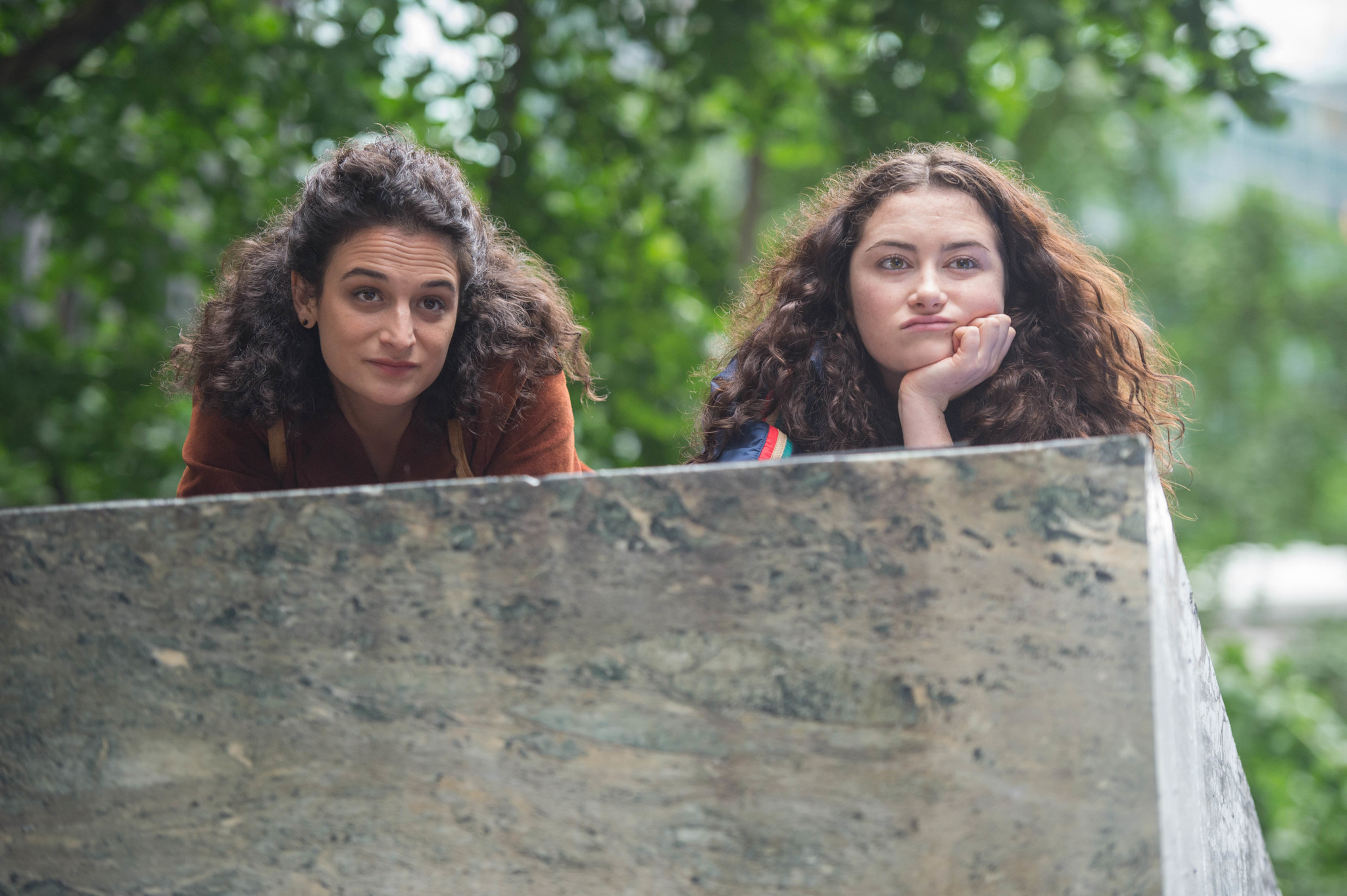 On a more optimistic note, there’s Gillian Robespierre’s Landline, which prominently features a 1995 speech where Hillary Clinton claims, “However different we may appear, there is far more that unites us than divides us.” Unlike many time capsule items in the film—CD listening stations at music stores, Blockbuster Video, payphones, floppy disks—this line doesn’t feel like it’s just been lifted out of a BuzzFeed listicle about “25 Things You’d Only Know If You Were Alive in 1995.” It’s a dictum simple to say yet difficult to practice, as shown by the family in the film.

Robespierre and co-writer Elisabeth Holm craft an indelible portrait of the women in the Jacobs family, each at different life stages yet all struggling to feel the love with important companions. Matriarch Pat (Edie Falco) puts so much effort into maintaining family structure and function that her relationships have frayed with everyone, especially her charming but wishy-washy husband Alan (John Turturro). Adult daughter Dana (Jenny Slate) waffles on a marital commitment to fiancé Ben (Jay Duplass), even going to the extent of acting out an alter ego named “Bedelia” that indulges her pent-up desires. Teenage daughter Ali (Abby Quinn) takes to surrounding herself with drugs and dancing to dull her disinterest with the traditional roadmap laid out ahead of her.

If Obvious Child showcased that Robespierre could helm a character study, then Landline exhibits her talent with an ensemble piece. There are many complicated relationships to juggle in the film, each of which she handles with specificity and tenacity. (On a personal note, I found the tension between Dana and Ali spot on; as someone with a much younger sibling, Dana’s negotiation between being a quasi-parent and friend resonated tremendously.) Robespierre is not afraid to have the tough, awkward conversations – and then dwell in the messy resolution, or lack thereof. She met all the times I worried in the first 30 minutes that the film would be little more than a nostalgia-dripping scrapbook with incisive observations about how difficult it can be to connect with the people closest to us. 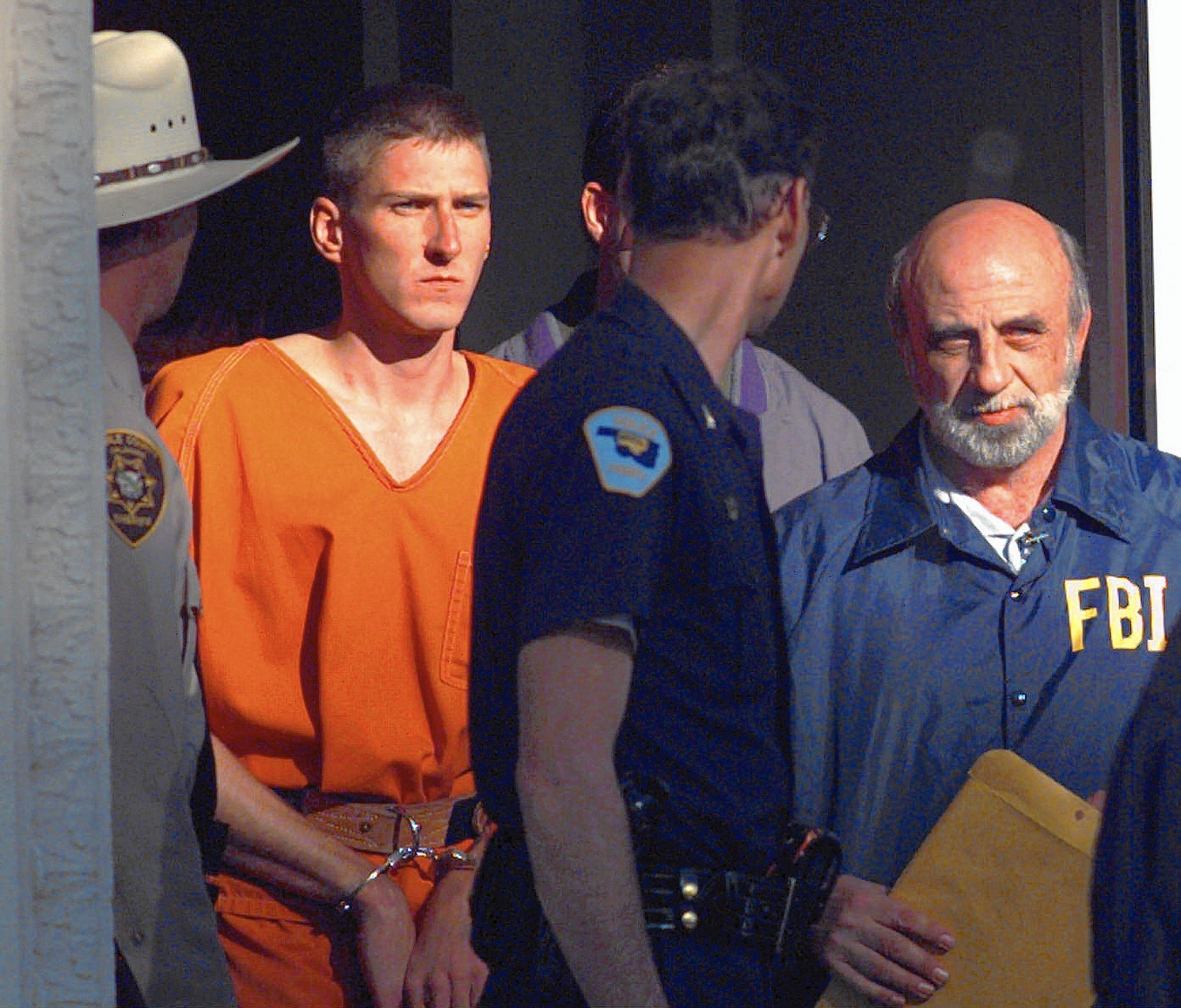 The two documentaries I’ve seen at Sundance thus far also, somewhat less surprisingly, hinge on the importance of connection. The difference is, in Oklahoma City and Rancher, Farmer, Fisherman, that connection is to America’s past.

Barak Goodman’s Oklahoma City draws a line between Timothy McVeigh’s 1995 bombing of the Alfred P. Murrah Federal Building and the country’s burgeoning white supremacist movement. Long before they came to prominence in the 2016 election cycle, these reactionaries sought to recast government opposition to their far-right ideology as an attack on guns and religion. Goodman cross-cuts between the carnage of the attack and the increasingly radical movement, ultimately concluding that McVeigh failed because he put a human face on attacking the government. Did he, though?

Oklahoma City is effective when connecting 1995 to the decades of militant white nationalism that preceded it, yet Goodman bungles the documentary’s relevance to the present. The upbeat ending downplays their continuing, disturbing strength. Goodman did not need to put a call to action on the closing credits redirecting viewers to the Southern Poverty Law Center’s hate groups registry; however, some acknowledgement that Oklahoma City represents the close of the chapter rather than the end of the book seems necessary. 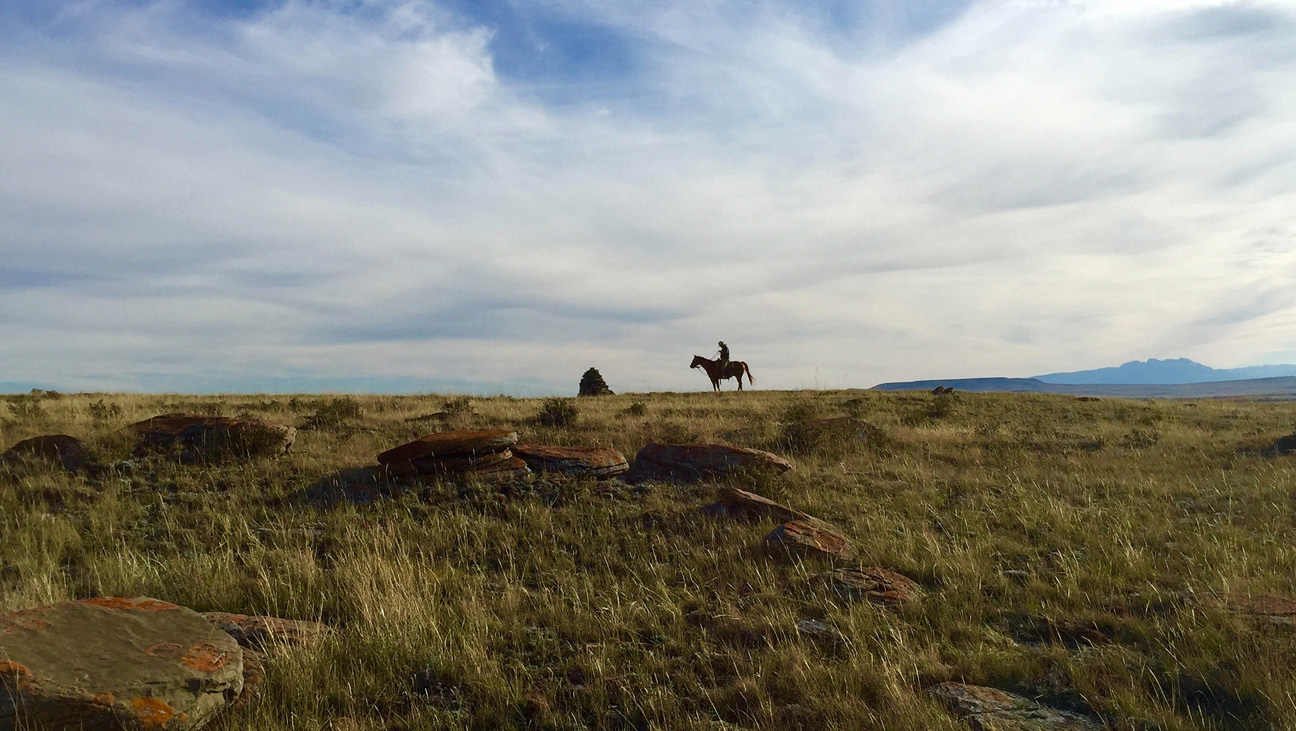 Meanwhile, Rancher, Farmer, Fisherman (a directorial effort from Susan Froemke, John Hoffman and Beth Aala) takes its subjects and ties them to a more abstract concept: the American character. As narrator Tom Brokaw intones, the identity of the United States rests largely in the great lands cultivated by frontiersmen, homesteaders, and pioneers alike. A total disregard for its historic importance to the nation disconnects us from generations of our history. In the film’s triptych of stories indicated by the title, three groups fight back against the lack of empathy shown for the land. A rancher in Wyoming takes on oil companies to preserve the pastoral beauty of his property, even bucking local convention by associating with the reviled Nature Conservancy. A farmer in Kansas subscribes to the radical notion of favoring biology over machinery. A fisher in Florida negotiates with the government to create a sustainable solution for seamen and sea-dwellers alike.

Calling the film apolitical, as the programmer introducing my screening claimed, misses the mark on what makes Rancher, Farmer, Fisherman such a welcome movie for this moment. It is political, just not along the partisan fault lines we have come to implicitly agree are baked into the system. Each of the subjects refuses to accept that economics and environmentalism are forces that must butt heads, and then they rally for communal action to protect a heritage that many urban-dwellers take for granted. Even though it plays like the TV documentary that is (the narration takes me back to watching Brokaw-narrated docuseries in 8th grade), the filmmakers and subjects make a compelling case for an argument with the power to connect us all. 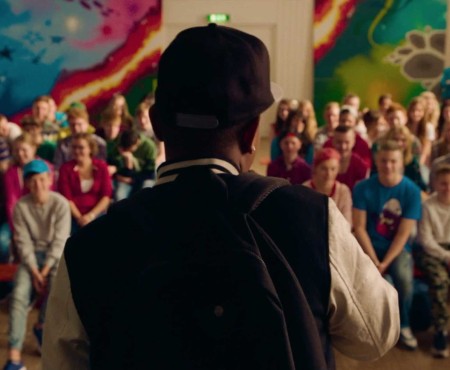