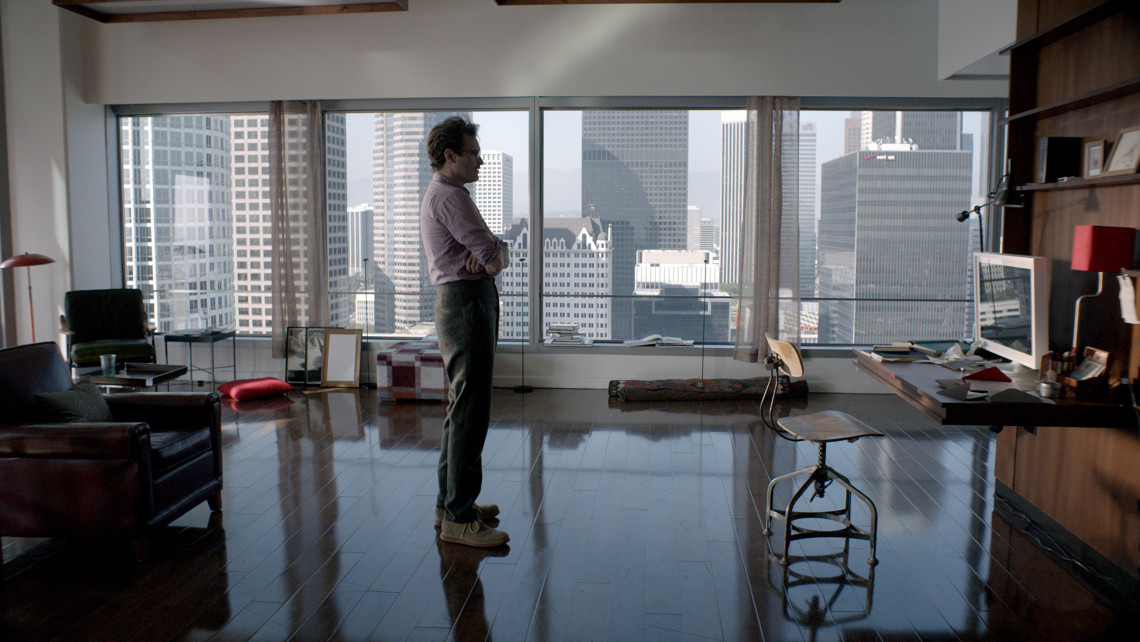 ‘Her’ Is As Cold As A Computer Program

[NOTE: We previously published a review of Her when the film played at AFI Fest. This is a second take offered by Odie Henderson. It does contain spoilers, so if you haven’t seen the film, beware!]

Every year brings a movie for which I cannot summon the undying love the critical masses have for it. This year, it’s Her, a film about a man who falls in love with his operating system. If you’ve ever wanted to screw Windows 8, or beat off to Siri’s annoyingly superior sounding voice, you may find this plot intriguing. As a computer programmer, I have a different perspective. I thought the entire idea was batshit insane. I sat in front of this box all day 20 years before it was fashionable, and six years after it was, and my primary function has always been writing code. So the last things I associate computers with are pleasure and companionship.

And I despise operating systems.

But Scarlett Johansson seems like great PR for OS’s, so I wanted to give her (and Her) a chance. With all the hype about award nominations based solely on her voice, I expected ScarJo to soothe the anger I feel whenever my GPS gives me bad directions then says “RECALCULATING ROUTE” in the angry tone that hides its guilt. ScarJo plays Her’s resident OS, Samantha. She’s a product of a not too distant future and made just for her owner’s personality. Kind of like a Stepford Wife, except she won’t short-circuit or risk being cast as Nicole Kidman in an awful remake.

Theodore (Joaquin Phoenix) buys Samantha to help him battle his loneliness. He’s a newly divorced man who spends his day writing emotion-filled letters for other people. He’s so good at it that his colleague (Chris Pratt) constantly compliments him. The notion that people are still able to read in the future struck me as Her’s most optimistic idea, even if these people are self-absorbed bastards too busy to write letters to express their own feelings. Theodore’s job, and what happens to his letters, constitute the one original idea in a screenplay that keeps winning Original Screenplay awards.

Before concerning himself with ScarJo-OS, Theodore meets up with his buddy, Amy (Amy Adams, whose considerable talent is wasted here). If this were a female-centric rom-com, Amy would be the gay BFF or the sassy Sidekick Negro. Her role is to tell Theodore how great he is, support his oddball romance with Samantha, and to tell him his ex-wife was a bitch. The ex-wife, Catherine (Rooney Mara) is seen in very effective swatches of flashbacks. It looks as if she and Theodore really loved each other. When she shows up in real-time, however, her candid, powerful dishing of common sense straight talk to her ex-husband is treated as mere jealousy rather than an emotional point. Mara gets the one line that sums up my feelings about Her. It can’t “deal with a complex relationship.”

Her is surprisingly ugly toward its female characters. They exist as sharp objects not to be trusted, and they are all defined by male interaction. Olivia Wilde starts out interesting but has some kind of disturbed “Paradise by the Dashboard Light”-style freakout. Kristen Wiig lures Theodore into phone sex before paying tribute to The Boston Strangler and Erwin Schrodinger. Portia Doubleday goes damn near suicidal over a three-way. And Samantha, who is supposed to be above it all, that perfect just-for-you gift that evolves to suit your personality, turns into your standard issue jealous, unfaithful woman. Samantha’s voice could have been Macy Gray talking through a Vocoder for all it mattered, considering what is done with her character. This was the biggest, most disappointing plot point in Her: Samantha turns out to be just as unreliable as a regular operating system.

What was I supposed to glean from this movie? Joaquin Phoenix is excellent, but his hard work exists in a vacuum. If Her is supposed to be presented through Theodore’s eyes, it explains very little about why he’d be drawn to Samantha in the first place. His letters reveal the soul of a poet, and his eyes register wellsprings of hurt when he’s done wrongly, but Her is too cold, mean and antiseptic to be Theodore’s point of view.

The best thing about Her is the way it looks. I’m with all the lovers of the film on this aspect. Los Angeles doesn’t exactly play itself (it’s digitally merged with Shanghai), but it looks better than I’ve ever seen it onscreen. The cinematography by Hoyte Van Hoytema (Tinker Tailor Soldier Spy) is fantastic, creating a universe that evokes the future by not tampering too much with the present. The nighttime shots of Theodore talking to Samantha shimmer like the glass against the lovely scenery outside his bedroom windows. A scene with Theodore running through a carnival is a joyous voyage with the camera. And I’d be happy to sit in front of the computer if my office were lit the way Hoytema lights Theodore’s letter factory.

Her ends on a rooftop, and if this film’s point is to reveal just how much we as a society have become closed off by our own mobile devices, then the ending is a major copout. The final scenes lead you down a path that feels truly subversive before closing on an infuriatingly familiar note. When the lights came up, half my audience was snickering, and I’d realized that I’m just too damned old to listen to Arcade Fire. I left the theater feeling admiration for the way the film looked and Phoenix’s valiant attempt at acting greatness, but as a whole, Her left me as empty as an unplugged monitor.

22 thoughts on “‘Her’ Is As Cold As A Computer Program”