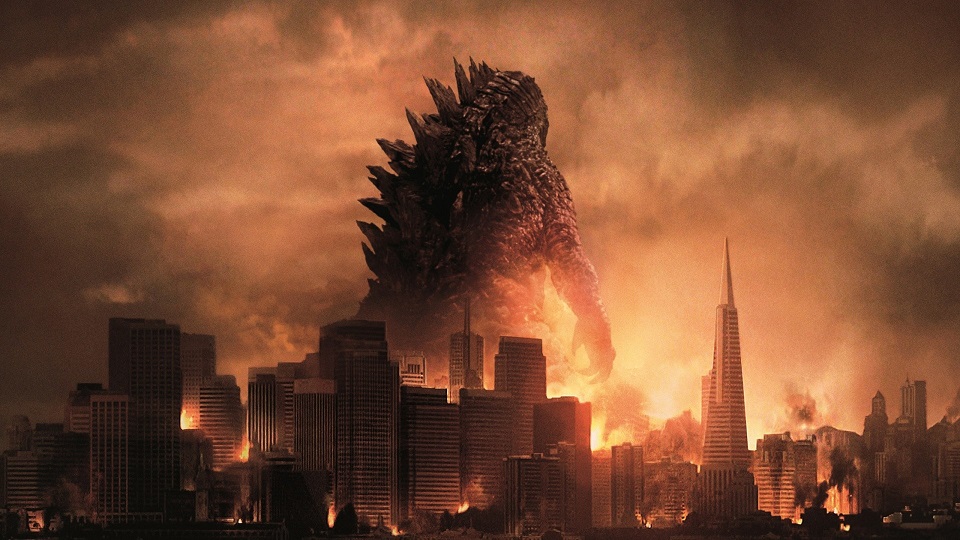 2014 is the year Toho’s favorite son, Godzilla, turns 60. It’s also the year that the vaunted American studio system tries its hand again at appropriating the iconic granddaddy of all kaiju for entertainment purposes, Roland Emmerich be damned. Why Godzilla? Why now? US audiences tend not to respond as well to giant monsters reducing populated cities to ashen, urban graveyards as they do superheroes – compare the box office of last year’s Pacific Rim to that of Man of Steel for proof – and 16 years may not be ample enough time to wash the taste of Emmerich’s 1998 insipid abomination out of the mouths of the mainstream.

So, Godzilla ’14 can be generously described as something of a gamble, but if you’re going to bet on the King of the Monsters, you could do worse than having Gareth Edwards in your corner. Edwards is best known for his 2010 film Monsters, a quiet, sub-90-minute tone poem about humans adapting to life on a continent dominated by towering, Lovecraftian creatures. He finds compassion and emotion through steadily-built tension, only unleashing the beasts of the title sparingly for maximum impact. Fast forward four years, and Legendary Pictures CEO Thomas Tull has placed Edwards at the helm of a film centered around one of cinema’s most famous monsters, and with 40 times the budget to boot.

The shift in scale shows. Godzilla spans a fifteen-year timeline, beginning with a tragedy at a Japanese nuclear power plant and ending with a climactic brawl that reduces San Francisco to rubble. The less said about all that occurs in between the better, as Edwards deploys information here so carefully that practically every detail feels like a spoiler; the plot also happens to be such a mouthful that succinctly boiling it down to its basic components without giving too much away is tricky at best. Put in short: a reactor meltdown here, a tragic family loss there, and a scientific expedition there provide all of the foundation necessary for Edwards to begin playing a careful game of chess, slowly maneuvering his pieces into place for one final monster-fest while taking the time to level several other locations along the way.

You may think that any person who brings even a modicum of restraint to a Godzilla movie is wrong for the job; but you’d be wrong. Blockbusters are all about giving the audience what they want, when they want it. Godzilla is about giving the audience something they probably don’t even know they want: suspense. But Edwards refuses to go full-bore with his star, teasing him in bits and pieces before finally revealing him in full. Even when we see the big guy in his full reptilian glory, we’re only given fleeting glimpses until the very end. Edwards wants Godzilla to matter. He wants us to be in awe of Godzilla because Godzilla is a creation worthy of awe, and not because the film bludgeons us into dazzled submission. 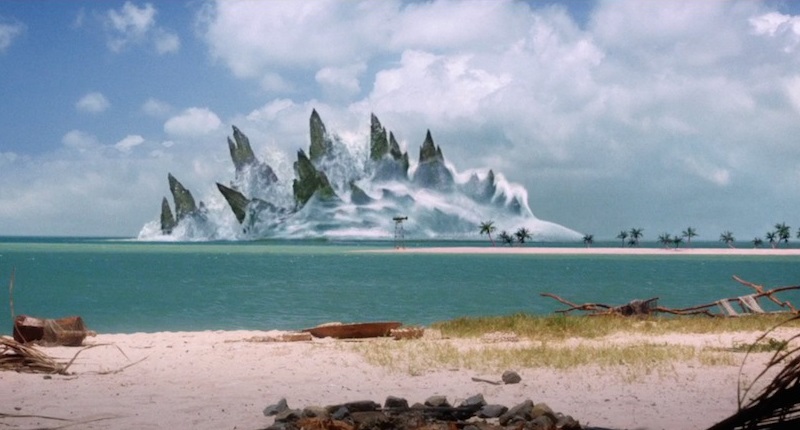 His ploy works like gangbusters. As with most Godzilla films, the principal cast doesn’t matter nearly as much as Godzilla himself, but Edwards has a sure enough hand at human drama to make the waiting game of the film tenable, even compelling; mostly, this is a story about a Navy EOD tech (Aaron Taylor-Johnson) fighting to reunite with his wife (a thoroughly wasted Elizabeth Olsen) and son (Carson Bolde) in the face of a cataclysm, but really it’s about how helpless people are against the whims of natural forces. What can we really do when three bestial colossi all converge on our cities and start slam-dancing with each other from Chinatown to the waterfront? Mostly just cower, quiver and hope, though occasionally we find wiggle room for baseline heroics.

Of course, the path Edwards takes to get there winds and meanders. But the payoff is worth the numerous turns in the road, which is itself grimly scenic and fraught with numerous other impressive displays of destruction. That places Edwards’ film far more in the vein of Ishiro Honda’s 1954 original, a perfect movie that invokes the nuclear fears of its time by putting a man in a rubber suit and having him stomp on a scale model of Tokyo. Godzilla‘s hauntingly beautiful visuals dovetail with images seen in floods in Malaysia, earthquakes in Haiti, the Fukushima meltdown, and, more recently, tornadoes tearing through Middle and Southern America; the reminder of how fragile and small our world is in nature’s grand scheme is harrowing. Most modern blockbusters are content with brushing the aftermath of their CGI havoc under the rug. Godzilla immerses itself in it.

At the same time, the film engages with other Toho traditions of high camp and occasional cheek, so you may wag a finger at Edwards for having his cake and eating it too. Ken Watanabe’s seemingly prescient scientist exists to wander on-screen, spout philosophical entreaties, and generally know everything about Godzilla. Meanwhile, Bryan Cranston rants and raves about governmental conspiracies with unhinged gusto. And in the end, Edwards wants to have three titanic monsters battle and create a view of apocalypse, all while giving it meaning instead of rendering it mindless. That alone makes Godzilla an unusually conscientious blockbuster, one that blends serious commentary with the joy of watching the eponymous thunder lizard prove why he still reigns supreme in his niche to this very day.