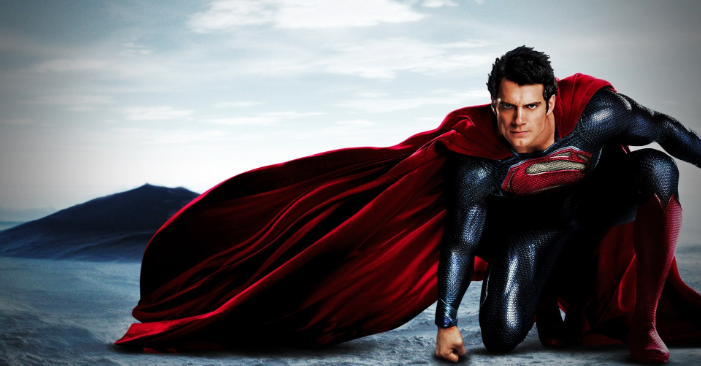 Superman might just be the hardest character in pop culture to define. While all versions share some characteristics, everyone’s own personal vision of him is a little different. To some, he’s the big blue Boy Scout who would save a kitten from a tree, crack a one-liner, and flash that million-dollar smile. To others, he’s the watchful guardian of Earth, always ready to defend it from evil. For yet more, he is a mixture of all these things.

“Truth, justice, and the American way” has always been his motto, at least in some form or another, and while he may be a little different to everyone, there’s a reason he’s deemed the granddaddy of modern myth. So with all that in mind, Zack Snyder, David S. Goyer, and Christopher Nolan set out to redefine the king of all superheroes for a new generation, and the result is an absolute triumph. It may not be your father’s Superman, or even yours, but it’s the one we’ve deserved for years.

It’s telling that the film is titled Man of Steel, instead of using the word “Superman”, because it reflects the film’s focus on the man at the center of this story. It’s as much a coming-of-age tale as a superhero myth, with Clark Kent wandering the world trying to figure out who he is. An outsider who’s never fit in due to his inexplicable abilities, he’s defined by the ideals his adoptive parents have instilled within him, but they can only do so much for him. They are, after all, simple folk living in rural Kansas. It’s up to Clark to decide what to do with his powers and the burden that comes with them, free to forge his own destiny. This conflict of free will and the burden of greatness is at the heart of Man of Steel, and it serves to remind how similar the film is to Goyer’s previous superhero venture, Batman Begins.

Both films examine the relationship between fathers and sons, and how those fathers, both literal and surrogate, seek to help define men lost in the world, giving them a purpose to fulfill their potential. The structural similarities aren’t a hindrance to Man of Steel, either. Rather, it’s evidence of a writer who has grown considerably over the last eight years. While Batman Begins was a moody and elegantly directed film, bursting at the seams with rich ideas, it was too chatty for its own good sometimes, rarely letting the text be subtext. Here, some of Goyer’s worst tendencies to over-articulate the thematic landscape of his story remain, but it’s just as organic as his venture with the Caped Crusader, if not more so. There are moments so thematically rich here that I was a little taken aback by how well they translated from page to screen, and it engages the audience fully with this tale of a man seeking identity in a world where he has none.

Naturally, to elevate Goyer’s story, a massive creative team of Hollywood’s finest was assembled to bring it to life. Zack Snyder proves to have been the perfect match of director and material, completely changing his much-derided aesthetic to fit the story he wanted to tell. With the help of cinematographer Amir Mokri, Synder composes some truly stunning imagery and gives the film a sense of scale and scope never before seen in a blockbuster. Snyder seeks to redefine “epic” here, and mostly succeeds, forging a massive world that dwarfs anything that’s come before. Every set piece in Man of Steel could serve as the biggest in any singular film, and there are enough here for twenty movies. Hans Zimmer’s score doesn’t seek to ape John Williams’ iconic theme or compete with it. Instead, it complements the film perfectly, crafting musical textures that flow with both nuanced ambience and bombastic action. The art direction and costume design are really the standouts here, though, weaving one of the most intricate and believable science-fantasy worlds I’ve seen in a long time. Every thing is so rife with detail that it’s hard not to want to just pour over every frame and study the level of craftsmanship and artistry on display.

The massive ensemble is equally up to the challenge of bringing this world to fruition, and Henry Cavill leads them in a career-making performance in the title role. None of the existential crisis on screen would work without an actor able to make it both believable and resonant. Sure, he’s as insanely muscular as you’d want Superman to be, giving him a physical stature not seen in previous incarnations, but we have to believe that there’s a man behind all that, and Cavill brings a quiet, anchored presence to the role. It’s a performance complimented by the grounded work of Kevin Costner and Russell Crowe as Johnathan Kent and Jor-El, respectively. Embodying the fathers that seek to help Superman understand who truly is, both actors bring a tender moral center to the film, even when they aren’t sure if their guidance to their son is the way to go. Michael Shannon is the most surprising here, giving a monstrous villain like Zod a touch of empathy that I would have never expected. He’s a ruthless warrior, but he believes so fully that what he does is right for the safety and survival of his people that one can’t help but feel a tinge of pity for someone who has fallen so far from the ideals they were meant to embody.

There’s a scene in the climax of the film that made my jaw drop. Every single thematic element and character arc comes to a head in one of the most purely satisfying and emotionally wrenching scenes I’ve seen in a blockbuster in many, many years, and it’s an incredibly risky choice to make. Frankly, I’m amazed it made it into the film, but it’s such an organic and perfect summation of everything the film has been striving towards that I can’t imagine it being anywhere near as affecting without it, and it works beautifully.

I’m not sure Superman is a character that will ever be given one definitive presentation, because I don’t think that’s really possible for a modern myth of this magnitude. But it’s hard not to appreciate the attempt to breathe new life into it for the modern era, and when the result is a film this thoughtful and sophisticated, I can’t help but think that at least some out there will fall in love with the story of Superman, either for the first time or all over again.