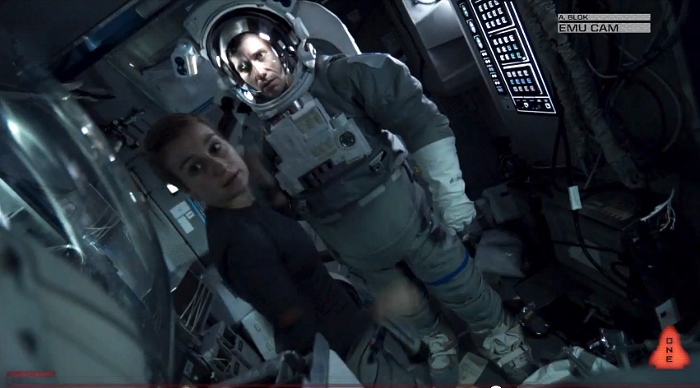 Europa Report is one of the most immediately involving science-fiction films in recent memory. Filmed in the format of a Discovery Channel style documentary but with found-footage elements, Ecuadorian director Sebastian Cordero draws you in with an incredibly realistic, seemingly well-researched take on current-day space travel, and then keeps you at an exhilirating choke-hold for the rest of the film’s 90 minute running time.

Documenting the exploits of a privately funded research mission to deep space, a crew of six men and women (Sharlto Copley, Michael Nyqvist, Anamaria Marinca, Daniel Wu, Christian Camargo, and Karolina Wydra) travel all the way to one of Jupiter’s moons, Europa – which is made up of a thick layer of ice that might have water underneath the surface – water that can sustain alien life.

The film wisely avoids the pratfall of turning this concept into a traditional horror or thriller film. Instead, Europa Report focuses on an optimistic sense of discovery and wonder, even during its most intense sequences. Further differentiating this from something like Prometheus is the level of authenticity brought to the film, with well-done practical effects, believably detailed production design, and some surprisingly savvy dialogue that feels knowledgeable about astronomical terminology without shoving the viewer’s face in it (contrary to a film like Primer).

The cast is uniformly effective, with special mention to District 9‘s Sharlto Copley delivering the most emotional and evocative scene in the whole film and Anamaria Marinca (who you may remember as the protagonist of 4 Months 3 Weeks and 2 Days) stepping up her game as the ostensible “protagonist” of the picture. The rest of the actors making up the crew range from decent to equally effective. 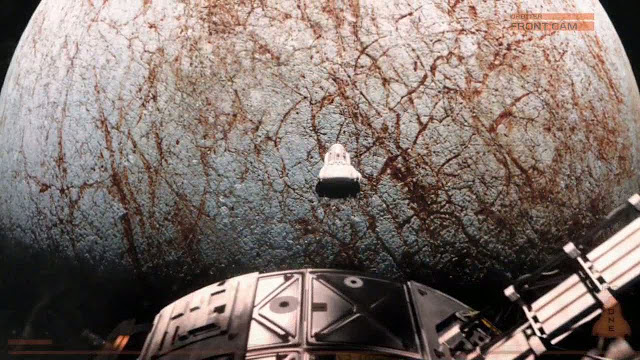 When we finally do get scenes that are more in line with a conventional sci-fi thriller, they’re very well-executed. Each one is rife with tension, and builds up to a startling and thrilling payoff. All the while, the film maintains its wide-eyed, wondrous bravado. Even when things start to go south for the crew, Europa Report never succumbs to grimness or bleak despair. Instead, it transcends its genre elements to subtly comment on the risks of discovery and progress, without inadvertently turning that sense of discovery against the viewer.

The negative result of this, however, is that this ends up being more of a story about sacrifice than about discovery itself. This makes Europa Report feel fairly hollow on an intellectual level, even with its interesting quandaries at the center of it all.

This unsatisfactory feeling stems mostly from the film’s ending, which is problematic on multiple levels, but can’t really be discussed without divulging into too much of its “surprise”. All I’ll say is that when the crew eventually lands on Europa, the film plays coy with whether the distortions and signs they pick up are an intelligent alien creature, some sort of single-cell organism that could hint at alien life, or just radiation emissions screwing with the crew’s perception. Regardless, the answer we do get in the film’s otherwise thrilling climax feels unsatisfying, and a waste of that ambiguity.

Yet as empty-headed as Europa Report reveals itself to be, I’d still heartily recommend it, flaws and all. It’s exciting, incredibly well-paced, features a solid cast, and despite its pretentious intellectual commentary, it still imbued a sense of sincere, guileless wonder for what lies beyond the cosmos and human understanding. That is a feat to be proud of.

Europa Report is available on VOD and will open at the Sundance Sunset in West Hollywood, E Street Cinema in Washington, and the Cinema Village in New York. For more playdates, go here.