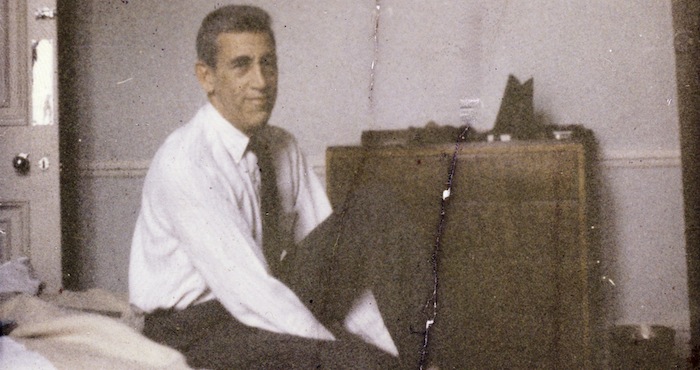 Everything about Salinger is a build-up to its final minutes. Over the course of years of ultra-secret filming, director Shane Salerno supposedly uncovered some major revelations about the infamously reclusive author of The Catcher in the Rye. The Weinstein Company, pimping the film hard for awards season, has asked that all who see the movie keep its “reveals” secret. But said secrets are so unimpressive that they approach a Geraldo-Riviera-opening-Al-Capone’s-vault level of anticlimax. After two hours of build-up, the information Salerno has to impart is noteworthy only in how laughably non-noteworthy it is. The die-hard Salinger fans and no one else will be excited.

But those die-hard fans probably won’t be pleased, either, given that they’ll have to wade through the aforementioned two hours of build-up, which consists of things that they presumably already know about J.D. Salinger’s life. Most of Salinger is biography by way of an E! True Hollywood Story sensibility. The documentary pathetically tries to spice up things like “trying to get into The New Yorker” through overbearing music and halfhearted reenactment. A repeated motif sees Salinger, portrayed by an actor, feverishly working a typewriter in front of a movie screen playing images of his life. It’s a badly misaimed faux-artistic conceit, made all the more ridiculous by how badly made the film is.

Salinger, in fact, is so badly made that it could be used in classes to ensure that students understand the very basic aesthetic rules of documentary filmmaking – by serving as an example of what not to do. In multiple sequences, the doc will cut between two separate interviews with the same subject who is telling one story, creating the bizarre impression that multiple people are talking. It’s horrendously disorienting, and also makes one wonder at the shooting process here. Salerno and co must have, for example, had Joyce Maynard relate the same story of how she and Salinger broke off their romantic relationship in two completely separate settings, apparently so that they could cut between those two interviews later. Why?

Here’s J.D. Salinger’s life in brief: he was rich but didn’t like it, he went to war and things were pretty terrible, he suffered PTSD and wrote Catcher in the Rye, he didn’t like his overnight success so he moved to rural Connecticut, he was terrible to his romantic partners, who were almost always much younger women, and he was generally a perfectionist who was really hard on himself. If you wish for elaboration, you can read his Wikipedia page. In doing so, you’ll learn everything this film can tell you about him, and in a much shorter time. Of course, this can apply to any biographical doc, but a good bio doc will shed some kind of new light on its subject. All Salinger has to offer is TIME Magazine psychological judgments. It brings the viewer no closer to understanding J.D. Salinger, which is a pity, since he was and is an interesting figure.

For all the filmmakers’ purportedly thorough research, most of the “experts” the film brings in to testify about Salinger’s life seem to have little authority to do so. Why should we hear about the man’s early life from some guy who owns a rare bookstore in New York? What does Tom Wolfe have to do with him, besides being a contemporary? Why should we hear what Martin Sheen, Philip Seymour Hoffman, or Edward Norton have to say about Salinger? The movie is trying to create the appearance of intellectual authority, without having any such authority.

The worst scene in Salinger features various people talking about their love for Catcher in the Rye. It’s a montage, of course, and very rapid-fire, perhaps to cover up how embarassingly fake it feels (every person is carrying what looks like the exact same copy of the book, and not even the one everyone knows, with the carousel horse on the cover). It’s paying lip service to why the book has resonated with so many readers without digging beyond the topsoil. That’s the movie as a whole: shallow. You could even say it’s… phony. Salinger would scoff at it.

4 thoughts on “Dull Documentary ‘Salinger’ Misses the Catcher, Goes Over the Crazy Cliff”