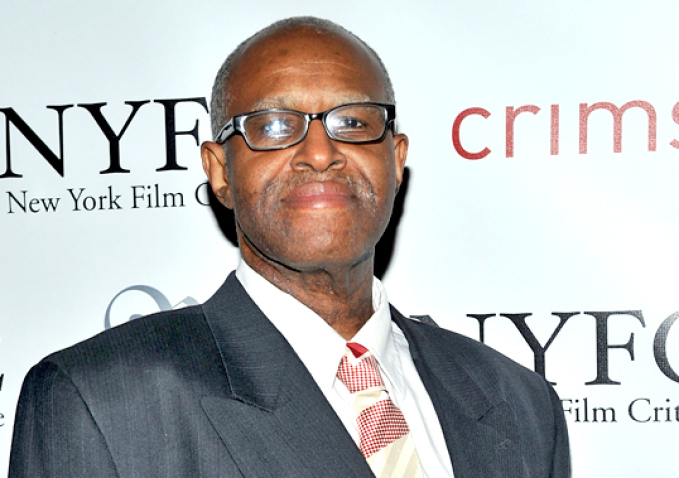 Armond White Expelled from the NYFCC

Anyone familiar with Armond White is aware of what went down at the New York Film Critic’s Circle awards dinner last week, but few anticipated how that story would end this morning. After an emergency meeting held by the NYFCC for his actions during 12 Years A Slave helmer Steve McQueen’s speech, the committee decided to expel White from the group ending this sad story for the time being.

Armond White, the man is not a consumer of the cinematic equivalent of trite slush, his top ten films of all-time includes Lawrence of Arabia, Nashville and The Magnificent Ambersons, but Armond White the critic vehemently detests online criticism and the movies those writers hold up in esteem. That’s certainly an interesting sentiment from a man who writes reviews knowing in the back of his mind that his contrarian reactions will certainly elicit a response from the online community that he apparently despises, but needs their traffic to continue to claim he is “the strongest voice in contemporary criticism.”

Fellow NYFCC member Owen Gleiberman wrote a little about the decision and his experiences with White today on EW.com:

Yet this all began to come crashing down at the New York Film Critics Circle awards dinner back in 2011, when White was chairman. Emceeing that year’s awards, he insulted several of the winners from the podium (introducing Tony Kushner to present the Best Picture award to The Social Network, he said, “Maybe he can explain why it won”), and then, last year, when he was no longer chairman, he heckled from his table in the same way that he did this year (at the time, the object of his wrath was Michael Moore). And now that he has done it again, what’s clear is that Armond White’s “contrarian” impulses have crossed the line from being things that he thinks into a depressingly established pattern of reckless uncivil behavior. Ultimately, the two things have nothing to do with each other. White has the right to believe, and say in print, anything he wants. But disrupting a public event is a squalid form of acting out that has no defense.

Mr. White is certainly a unique voice, but somewhere along the line he went from defending small films to continuously attacking the films that are deemed a consensus of excellence. In his compulsion to display just how very different his critical eye from others, he became an enemy to the profession he held dear and, thanks to his terrible behavior, found himself expelled. Now acting as what people expect a caricature of a critic to be.

What is most depressing about the entire ordeal is that White in most circles won’t be remembered as the critic who spoke highly of little-known gems like Yossi or The Grandmaster, only as the guy who heckled filmmakers at galas and liked Jack & Jill. Screaming into the abyss, needing to be recognized, Mr. White needs less our scorn and more our pity.