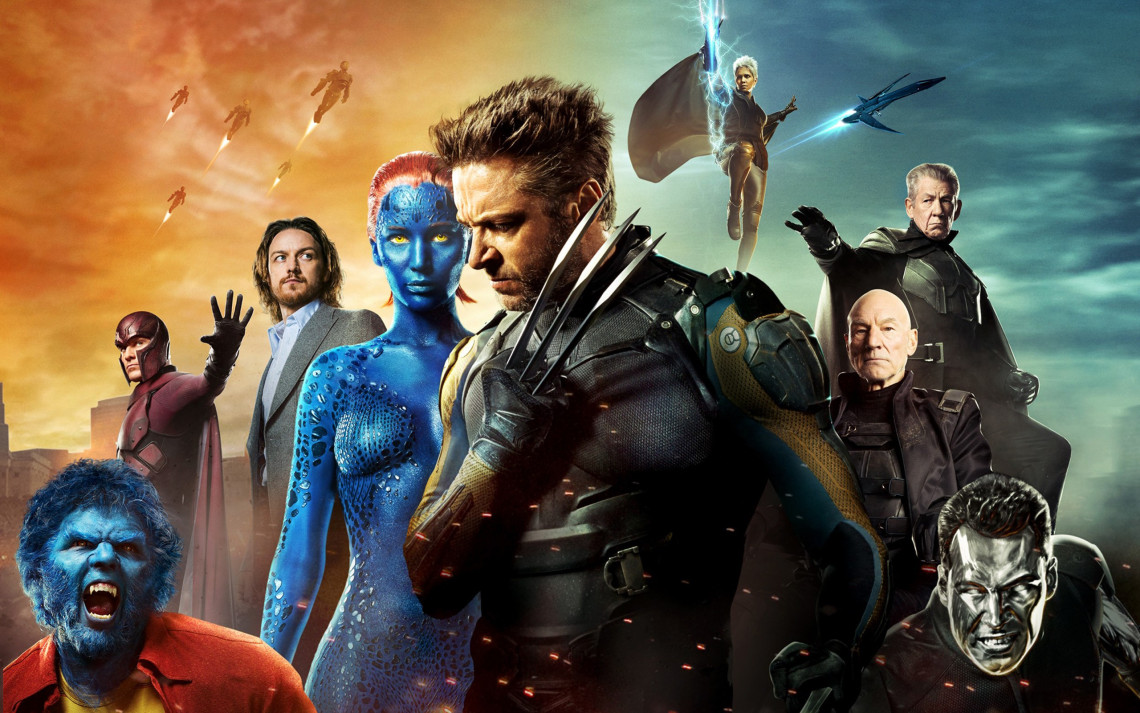 “X-Men: Days of Future Past”: All The Mutants and Pep Talks You Could Ask For

After 61 live-action feature-length DC Comics movies and Marvel Comics pictures, there’s bound to be a bushel of subpar apples in the multi-billion dollar barrel. The 62nd picture hails the return of Bryan Singer to the franchise he helped put on the box office charts, the X-Men series. Eleven years after Singer finished what was arguably the pinnacle of that series, X2, are we already so nostalgic that we have to put on a reunion tour?

In X-Men: Days of Future Past, Wolverine (an ever reliable Hugh Jackman, and it really might as well be the third Wolverine movie) is sent back in time with the help of Kitty Pryde (Ellen Page) to save the world from a terrible Matrix-like dystopian future where Agent Smith is replaced by shape-changing robots known as Sentinels. Resembling little of the very colorful ‘90s X-Men cartoon, the Sentinels are now lean-mean genocidal machines with technology developed from Mystique’s (now a petulant Jennifer Lawrence) DNA, and can now quickly adapt to their opponent’s mutant powers in order to destroy them. Whoa, heavy man.

To reverse the extinction of mutants, Wolverine must stop Mystique from assassinating Dr. Trask (a great Peter Dinklage), developer of the Sentinel program and bit of a mutant fetishist. If it sounds a little too simple and convenient, well yes, and that “because I said so” approach to the story happens quite a bit in Days of Future Past. Things work or don’t at the script’s need, not dependent if it makes much sense. Young Xavier (James McAvoy) is given back the ability to walk but at the expense of his powers. That defining characteristic now tucked away seems random other than its use as a plot device to switch on and off at the story’s convenience. Then there’s the backstory, all so unceremoniously dumped in dialogue within the first 15 minutes of the movie that there almost needs to be a fight when Wolverine wakes up on the other side to kick the pace back up.

In terms of the action and kitschy historical references, Future Past has that in droves. The movie boasts a thrilling prison break, a public fight on a Parisian plaza, and even a train robbery (of sorts). The soundtrack is straight out of a golden oldies collection, and there are even more presidents mentioned in the movie than on any day on the History Channel (people paying cash on “Pawn Stars” don’t count). But when the momentum slows for a pep talk (or eight) or takes a dramatic pause to appreciate the gravity of a situation, we start to feel the weight of Future Past’s over two hour runtime. Unfortunately, with so many mutants jockeying for camera time, character development is reduced to only a few, and not all uncontrived.

I can’t help but wonder if the warm feeling people are walking out of theaters with isn’t merely the nostalgia of revisiting the original X-Men series and characters. Nothing wrong with that, but if underneath your 3D glass are a pair of rose-colored ones, then the movie is just solid fan service. Good action, decent actors, and a chance to see them all in action doesn’t pardon the convoluted glut of messy time-travel exposition. The movie could have shed a few moments of McAvoy’s Professor X brooding or Wolverine’s new good guy complex without damaging the essence of the conflict. It helps to have a bad guy in a character-heavy plot to keep focused on, but with the X-Men’s propensity to switch sides, that becomes unnecessarily drawn-out with more talking about doing what’s right.

Well, if we’re going to start treating movies like comic books, series that go on for decades until they’re no longer financially viable, can we at least nail down a numbering system to keep track of every issue?

13 thoughts on ““X-Men: Days of Future Past”: All The Mutants and Pep Talks You Could Ask For”