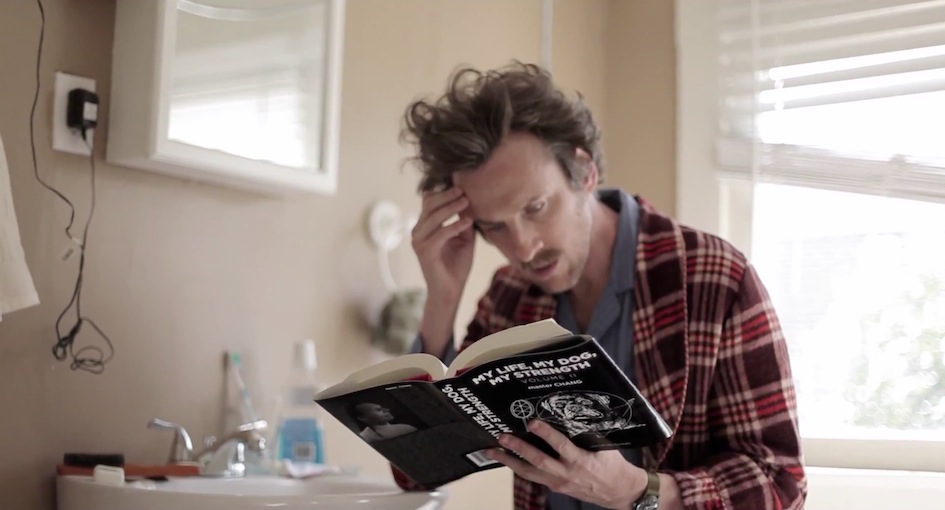 If Quentin Dupieux is not the most emptily provocative and insufferably self-involved of the newest batch of noteworthy filmmakers, he’ll do ‘til the worst gets here. He is a glorified YouTube user who pads out mildly amusing five-minute videos into full-length features to stave off the realization that he belongs among clips of cats pawing at instruments or a certain K-Pop video that knows to get in and out with its own affected surrealism. Rubber was one joke repeated ad nauseam but his latest, Wrong, does not even have the one joke.

Wrong listlessly tracks the dull life of a sad-sack named Dolph (Jack Plotnick) as he compartmentalizes his pathetic life to avoid confronting its emptiness. He arrives daily to a job from which he was fired three months ago, pretends to type away at a turned-off laptop, then leaves at lunch. When he calls a new pizza parlor in town, he can only inquire about their logo, myopically focused on its (not very) confusing design to the point he misses the employee on the other end flirting with him.The only thing that can galvanize him into any sort of action at all is the sudden disappearance of his dog, Paul, which spins off into an absurdist conspiracy that reveals only Dupieux’s desire to punish his own creation for failing to interest him.

To even call what Dupieux does surrealism is to insult that artform’s inherent sense of defiance, its rejection of boundaries of artistic and social taste in expression radical thought. Dupieux’s addition to the legacy of that movement are shots of frat-boy firefighters hanging out by a van fire checking their phones or even taking a dump in the street, perhaps unwilling to combat the blaze out of fears that their Axe Body Spray-soaked hides will ignite. Or he has water perpetually raining from the ceiling at Dolph’s workspace as everyone taps and clicks away at their laptops as if nothing is out of the ordinary. Its vision of a modern office is so obsolete that the water is less of a cognitive break than the floor’s mere layout, further stunting its exhausted vein of workspace commentary.

The aesthetic conservatism of his satiric compositions is reflected in the reductive typing of his characters, which portrays the women as sex-hungry airheads or snippy bitches and men as corporate drones on unalterable paths of meaninglessness. Dupieux links them with an agonizingly dull shot-reverse shot grammar that makes sure to let every character finish speaking before turning to hear the response, creating gulfs of dead air that for all I know are part of Dupieux’s cynical joke. At least William Fichtner has the courtesy to rush his own lines, making up for the plodding pace elsewhere while also dropping in and out just as fast as his B-movie cred can carry him. Fichtner plays a strange genius who kidnaps people’s dogs to teach them a lesson about appreciating their pets, but like Dupieux, Master Cheng never stops to consider that the people he targets are already self-aware and appreciative of what they have and don’t need some preening, removed asshole to lecture them.