Ah, so that’s where Jessica Brown Findlay went after Downton Abbey. Oscar-winner Akiva Goldsman (writer for A Beautiful Mind and I Am Legend) is set to make his directorial debut with Mark Helprin‘s novel Winter’s Tale. A daunting task for a first time director, the novel is widely considered unfilmable and perhaps one of the best of the last 25 years.

Winter’s Tale follows the story of Peter Lake (Colin Farrell) who is thief that gets more than he bargained for. During one of his many heist, he falls in love with Beverly Penn (Jessica Brown Findlay). She seems to be dying and perhaps only Peter’s love can save her. When the situation goes south with gangster Pearly Soames (Russell Crowe), a mysterious white house changes his fate.

The trailer depicts a story that seemingly travels all over. Similarly to last year’s Cloud Atlas, Winter’s Tale insinuates that its narrative takes place through different timelines. Given that’s just conjecture given Jennifer Connelly‘s appearance in the trailer doesn’t follow the other pieces. Whether or not Akiva Goldsman can achieve his grand vision for Winter’s Tale will have to be discovered this Valentine’s Day. 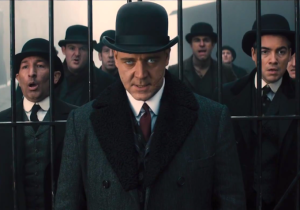 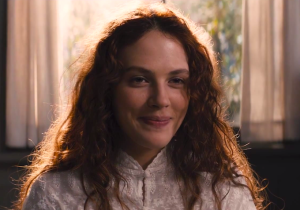