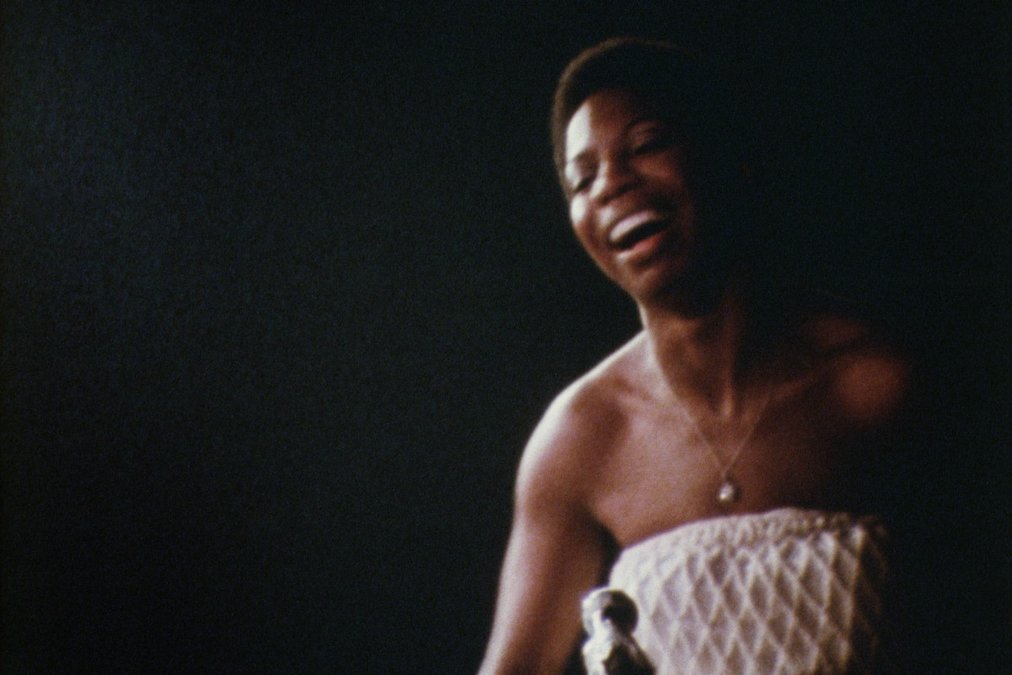 Eunice Waymon wanted to be the first Black female pianist to play classical music at Carnegie Hall. She practiced 7 hours a day under the tutelage of a strict teacher whose discipline she’d later admit she admired. Waymon also gave mini-concerts to raise money to pay for her lessons and her schooling. Eventually, Waymon made it to Carnegie Hall, but as her more famous alter ego, Nina Simone, points out in Liz Garbus’s What Happened, Miss Simone?, her musical playlist had been altered. “I got to Carnegie Hall,” Simone says in voiceover, “but I didn’t play Bach.”

The resignation in Simone’s voice designates this achievement as something of a Pyrrhic victory: The audience came to Carnegie Hall to hear a classically trained pianist ply a different musical trade. In her disappointment, Simone neglects to mention how Bach and his fellow composers live in her arrangements and interpretations. If those for whom she sacrificed her childhood could not be represented by their own music, they were at least acknowledged by hers. Regardless, Nina Simone’s lifelong dream had been altered, and in her mind, the most significant detail had been changed, rendering the victory hollow.

Underscored with great music, What Happened, Miss Simone? plays out as a series of achievements adorned by huge, barely affordable emotional price tags. A better question would have been “At What Cost, Miss Simone?” because sometimes her victories seem more Pyrrhic than they are. This is the portrait of a complex woman navigating a series of harrowing, ironic, complicated events, and the toll that navigation took on her.

At times, these events seem as contradictory as real life can muster. For example, though Simone wrote the greatest, most incendiary protest song of the Civil Rights movement, the hit that put her on the cultural map was a fantastic cover of “I Loves You, Porgy” from Porgy and Bess, the controversial George Gershwin opera some consider to be racist. She never wanted to sing, but she did so to make money in her Atlantic City club days. As a result, her beautiful voice, which she had trained far less than her piano-playing chops, far overshadowed her virtuosity as a pianist.

Though fairly straightforward in its presentation, What Happened, Miss Simone? gets its power from the singer’s own exploration of her travails. Most of the film is narrated by Simone, whom we hear in voiceover and read in diary excerpts that are so brutally honest I wanted to turn away to protect her privacy. This is a warts-and-all documentary, with Simone and her daughter Lisa Simone Kelly (the film’s producer) pulling no punches while describing horrific abuse, racism, and Simone’s struggles with bipolar disorder. Such frankness extends to the film’s examination of Simone’s turbulent, violent marriage to manager Andrew Stroud, presenting both their viewpoints and letting the parties speak for themselves.

What Happened, Miss Simone? is also driven by Simone’s unfiltered rage regarding the struggles of her people during the Civil Rights movement. This was a huge star who decided to speak out publicly against injustice, in words one would not consider polite. She famously told Dr. Martin Luther King Jr. “I’m not non-violent!” and surrounded herself with some of the most outspoken Black artists of the time, including James Baldwin, Harry Belafonte, and Lorraine Hansberry, to whom Simone paid tribute in her song “To Be Young, Gifted and Black.”

As Simone’s activism grew, her popularity declined. At her lowest point, she was living in Europe like a pauper, putting on four-hour shows at dive clubs for little money. Her outspokenness ruined her career in the 1960s, facilitating the 1976 comeback concert we briefly see at the beginning of What Happened, Miss Simone? In the opening clip, a defiant Simone stares at the audience for what seems like eternity before telling everyone this is her last appearance at any festival. And this is at her “comeback appearance”! Most artists would have been far more in deference to the audience. The ballsy Miss Simone treats them as if she were still at the height of her fame.

Simone’s righteous anger manifested itself most memorably in “Mississippi Goddam,” the 1964 protest song she wrote after the bombing of the 16th Street Baptist Church in Birmingham, Ala. Radio stations wouldn’t play it, and not just for its incendiary commentary. “People didn’t say curses on the radio,” we’re told as Garbus flashes images of the censored record cover onscreen. “Radio stations would send copies of the record broken in two back to the record label.” Presented as a show tune from a musical too angry and honest for The Great White Way, “Mississippi Goddam” wields a fiery outrage that has lost none of its power today.

The timeliness of What Happened, Miss Simone? cannot be understated. It’s essential viewing in these times, because while much has changed since Simone wrote “Mississippi Goddam,” much has not, despite what the marketing team at “post-racial America” headquarters tell you. In fact, any artist could record a cover of “Mississippi Goddam” today, and the only word they might consider changing is “Mississippi.” But today’s recording artists wouldn’t dare speak out in Nina Simone’s fashion, because the stakes in their fame are too important to their pockets. Twitter would eat them alive.

I can only wonder what Simone, who died in 2003, would say and sing about #BlackLivesMatter; the Ferguson unrest; or the Charleston, S.C., church shooting. She wouldn’t have given a shit about Twitter or Fox News or politicians or popularity. I can imagine her standing up and terrifying people, using her piano and her voice as the same weapons of change she wielded in her day. Back in 1970, Dr. Angelou inquired of the whereabouts of Nina Simone; I want to ask this world “Where’s The Next Nina Simone?”