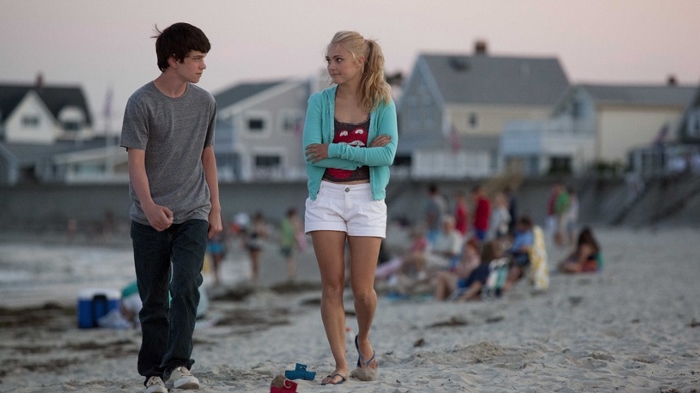 ‘The Way, Way Back’ is Effortlessly Charming and Irresistibly Sweet

The Way, Way Back is an odd movie to critique. It’s an astoundingly sweet, lovable, immensely enjoyable little film that hits all the right notes as you’re watching it thanks to its excellent cast and sweet-natured humor. And yet, it isn’t until further retrospect that minor yet noticeable flaws in the script end up surfacing. I almost wanna knock the movie down for these slight faults (which are really only noticeable in the very end of the film), but the film is too irresistibly charming to really deserve any ire.

Written and directed by Nat Faxon and Jim Rash (both of whom co-wrote The Descendants with Alexander Payne), The Way, Way Back is a coming-of-age comedy that follows 14-year-old Duncan (Liam James) as he’s being forced to spend the summer with his mother Pam (Toni Collette), her new boyfriend Trent (Steve Carrell), and his family and friends. Duncan is an aggressively awkward kid, who seems to hold no hope in making friends or having any enjoyment with his family this summer vacation. That is, until he visits the nearby water park where he meets Owen (Sam Rockwell), a snarky jester lording over the park who’s mastered the art of deadpan sarcasm to a tee. Owen gives Duncan a job at the park, and the two bond together over the summer. Shenanigans are had, laughs are shared, lessons are learned, etc.

It’s a very traditional story—one that shares plenty of similarities to another coming-of-age film, Adventureland—but it’s very sweetly told thanks to the cast and most of the writing by Faxon and Rash. Liam James is so good at portraying adolescent awkwardness and social discomfort around others that the early scenes can be downright painful to watch (in a good way), yet he manages not to alienate the audience with that awkwardness by allowing for some sweet chemistry between him and the other cast members. AnnaSophia Robb manages to bring more personality to the token love-interest role, while Toni Collette is very strong and affecting as Duncan’s mother and their scenes together are some of the most honest and emotionally satisfying in the film. 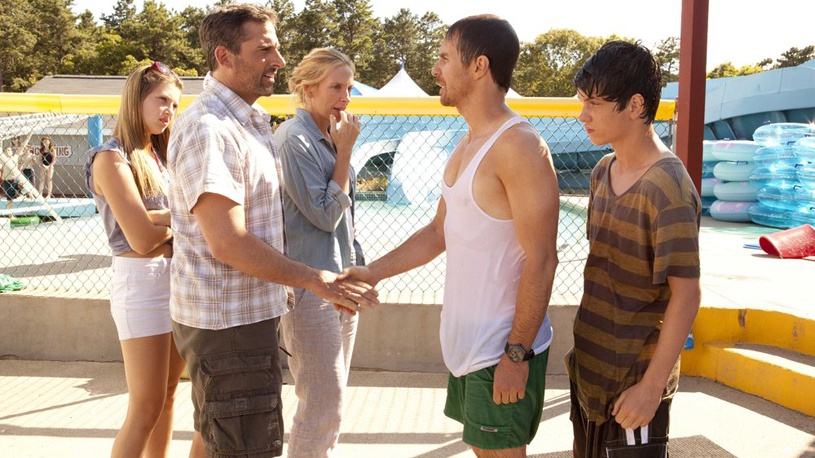 But let it be known that as good as this cast is, the real reason to see this movie is to watch Sam Rockwell basically dominate every single scene he’s in. While the film itself is no masterpiece, this might just be one of my favorite Rockwell performances in his entire career, and it’s certainly among his best in the comedic department. His delivery is so hysterical and effortless that I found myself laughing out loud multiple times and with lines that wouldn’t even be all that funny on paper, but work wonders thanks to Rockwell’s presence.

And the best part is that Rockwell doesn’t let that snark be his defining feature, nor does he let it overtake the character to the point of douchebaggery. Owen may be perpetually sarcastic, but he never feels like he’s undermining any of the other characters, especially Duncan, for the sake of being a buffoon. There’s still an endearing sweetness to Owen that makes him genuine. He’s a cocktail of wisecracks mixed with honest affection for the people around him, and Rockwell aces the role.

Sadly, this same level of quality writing isn’t given to a lot of the other important side characters. There are lots of small offenders: Rob Corddry, Amanda Peet, and Allison Janney are all wasted on characters so insignificant to the overall plot that they might as well be cameos. But the main problem is Steve Carrell as Pam’s new boyfriend Trent, who comes off as nothing but a cartoonish, two-dimensional jerk, to the point that he’s basically the antagonist of the movie.

In spite of the film’s faults with frustrating or needless supporting characters, they were never totally apparent as I was experiencing it, and the film still manages to shine thanks to its aforementioned sweetness, good-natured attitude, and (mostly) lovable cast. Even when it stumbles, The Way, Way Back gets by on its utterly earnest charm just enough to make it remain effortlessly enjoyable. The film is never less than completely endearing, and that’s more than enough to make it worth seeing.