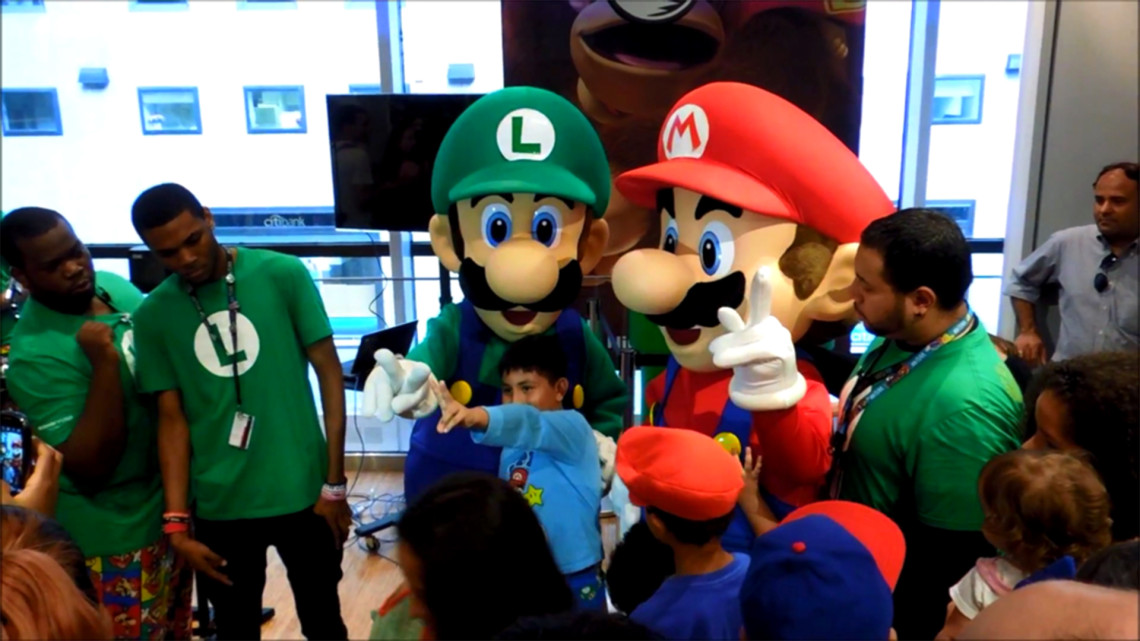 “Video Games: The Movie” Presses All the Wrong Buttons

It takes a certain mix of hubris and willful ignorance to begin a documentary about video games with a quote from Gandhi. The bluntly titled Video Games: The Movie, after an introductory montage of gameplay footage (one of the many that pads the film), transitions to a title card that announces: “A small body of determined spirits fired by an unquenchable faith in their mission can alter the course of history.” The tone is one of people who banded together to cure a disease or survive K2, not mass-market Donkey Kong to the children of Baby Boomers, but then, Video Games: The Movie often goes out of its way to be somber, painting its subjects as those who’ve overcome seemingly insurmountable obstacles to get to where they are today. This feels like a random overreach on the part of director Jeremy Snead until you realize that several of the film’s interview subjects — game designers and producers and actors — also served as executive producers. This is not a film that investigates a scene or subculture. It is, from start to finish, a strained, superficial, ugly piece of pure PR that consistently turns its gaze from anything that could resemble a question or opinion about the gaming industry.

All of which is a shame, because the history and impact of the gaming industry is such that even Snead can’t help from bumping into interesting discoveries. After chronicling the rise of arcade games and the industry’s subsequent stumble in the flooded home console market of the early 1980s, one of Snead’s subjects says that people don’t want to play abstract challenges: they want to play as characters, like Super Mario, which is why games thrived by moving into more story-driven realms. This is the kind of potentially illuminating tidbit that is promptly dropped: for instance, no supporting evidence is given for the rise in “character-driven” entertainments, nor does Snead bother to balance that out at any point with the rise in smartphone games that often avoid characters altogether and return to the purely challenge-driven arena of the earliest games. Rather, after flashing on 30-year-old titles like Super Mario Bros. and The Legend of Zelda, Snead’s off to the next vaguely defined topic. Most of the film feels stuck in the past like this, either unwilling or unable to follow its lines of thinking through to the present day. There’s plenty of retrospective proclamations about the impact games had on people in their early days, but virtually none about how such things play out today.

Snead’s also made a jumble out of the film as experience. He lays out the evolution of video games on a timeline, but he slides back and forth along it with no real sense of pacing or context. What starts out as an organizational framework quickly becomes a bucket from which Snead pulls things almost at random. Talking heads include professional geeks like Wil Wheaton and Chris Hardwick, as well as game designer and executive producer Cliff Bleszinski and executive producer Zach Braff (whose presence seems likely to be the reason Donald Faison also appears briefly).

These men — and the interviewees are overwhelmingly male, and white — talk with a soft look in their eyes about the games they loved as children, or about how video games are the ultimate art form, or about how the presence of violence in games isn’t representative of the industry as a whole or connected to broader societal unrest. These are, let’s be clear, completely valid opinions to have. The problem is that Snead has no interest in exploring them, or in doing anything other than gently reinforcing his subjects’ occasionally contradictory worldviews. There’s no sense of an authorial presence or mind working behind the scenes. Rather, the entire product feels like just that: product. Even the narration, brightly chirped by Sean Astin, resorts to any number of filler cliches: “the writing was on the wall,” “the final nail was driven home,” “it went down like the Titanic,” “the winds of change were blowing.” This isn’t writing. This is an infomercial made from Mad Libs.

Video Games: The Movie wants to be all things to all people. It wants to champion independent developers as those making things with “character and soul,” but it also wants to celebrate mainstream games for doing the same thing. It wants to live endlessly in a rosy past while loudly promoting a gleaming future. It wants to trumpet the success and size of the industry but ignore the effect of that success. In other words, it wants to be taken seriously without acting or thinking seriously on its own behalf. But all the inspirational quotes can’t disguise the fact that Snead’s film is an empty one that pays lip service to the power of character without ever showing any of its own.

5 thoughts on ““Video Games: The Movie” Presses All the Wrong Buttons”