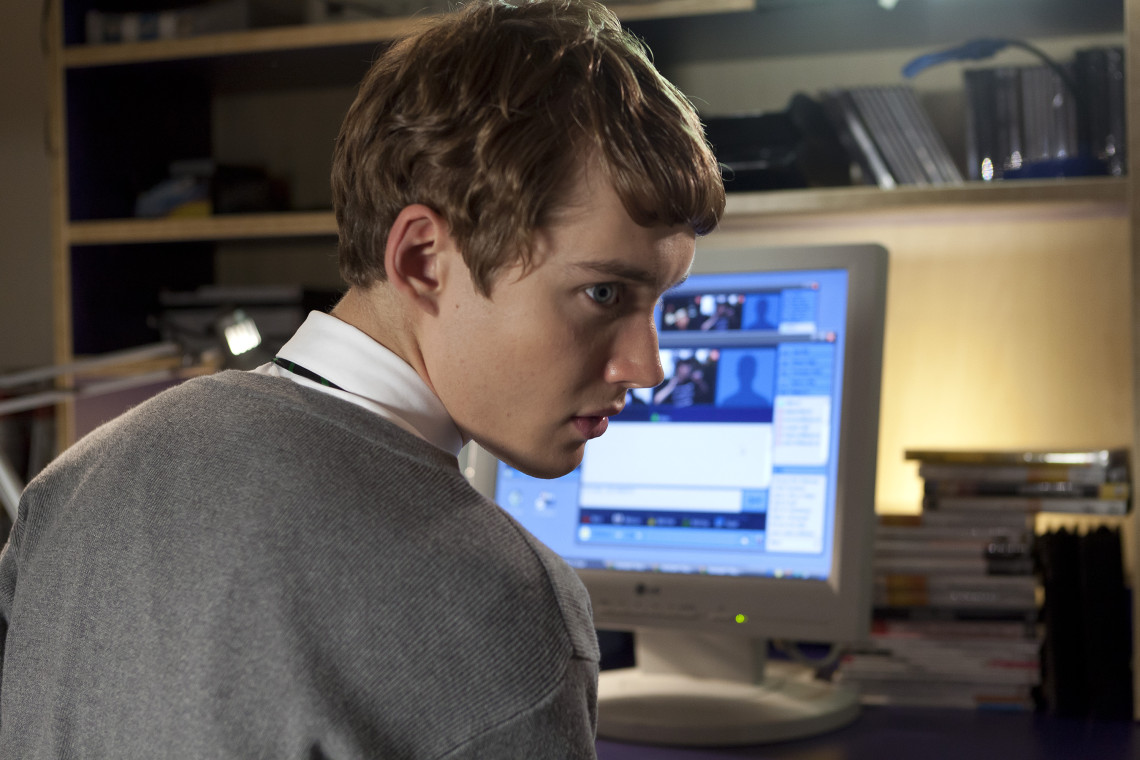 I almost quit Twitter once. Despite my long love affair with the social network, I was nearly driven to delete everything, to terminate all social networks I used. But, because I am weak and have no will power, I did not. What drove me to almost act on this decision? A Vanity Fair article published in 2003 by Judy Bachrach detailing the utterly confounding events involving two boys and the internet. A decade later, Andrew Douglas adapts the article to the screen in U Want Me 2 Kill Him? (originally, more incomprehensibly titled uwantme2killhim? in the UK) with mixed results. How successful one thinks the film might be is entirely dependent on how familiar one is with the story, but nonetheless, problems still arise.

British high schooler Mark (Jamie Blackley) is involved in an online relationship. At the request of his online girlfriend, Rachel, he looks after her lonely, bullied, ostracized brother John (Toby Regbo). As Mark becomes more and more invested in both of their lives, with the fraternal bond between Mark and John becoming ever more insidious, he becomes embroiled in a series of insane events, ending in the stabbing of his friend.

If Spike Jonze’s Her seeks to destigmatize and legitimize the existence of online relationships, Douglas’s U Want Me 2 Kill Him? seeks to do the opposite. But with a story (though based in truth) so weird and hard to even articulate, Douglas struggles to illustrate both boys’ obsession with the internet solidly enough to convey how harmful the director thinks it is. There’s a reason why the original Vanity Fair article was so long; it’s like something out of a John le Carré book transposed to the internet age. It is incredibly difficult to dramatize a film whose story takes place more on the internet than in reality, but there does not seem to be much of effort to make those sequences unique.

Granted, what can one do when shooting two people talking on the internet? Shot/reverse shot/reaction shot of typing and sending a message is hardly interesting. So Douglas and writer Mike Walden have the characters speak to one another as they type. It’s a nice try, but as opposed to literally illustrating the way we seem to “talk” to our technology, it just looks kind of silly. One section of a sequence, where Rachel and Mark speak to one another “in person” makes sense, and should they have gone in that direction, it would have made those sequences more interesting.

The two leads give commendable performances, as Blackley makes sense as someone who would become overly invested in such a strange situation, while Regbo seems awkward and introverted enough that he would need to be looked after. Mark’s strength and gravitas is nicely juxtaposed against the vulnerability he displays when talking to the various people online: not least his girlfriend Rachel and an MI5 agent, Janet (Joanne Froggatt). Regbo, though, through sensitivity and social obliviousness may steal the show. His angelic boyishness, icy blue eyes, and thin frame suggest total innocence. 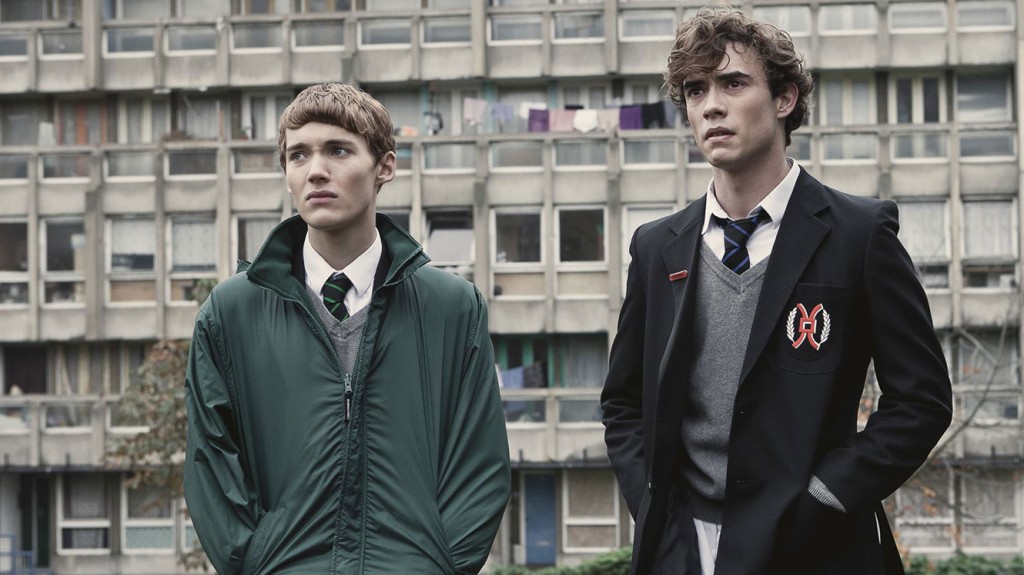 There is a hint of homoeroticism in their friendship, helped perhaps by Regbo’s androgyny and even slight coquettishness. Blackley and Regbo have good chemistry. It’s critical that it isn’t great, as there’s an underlying mysteriousness to their dynamic. But there’s a problem in the characters in themselves. Granted, though the fact the film is an adaptation of true events does not escape me, the ages of the characters, changed from 14 to 16, very much affect how plausible the film as a whole is.

With that in mind, the film hangs itself on the reveal, which is fine, but it opens up some issues with the way the story is told as a whole. It makes the reveal not make total sense with regard to the context of the rest of the film, because here, objectivity does not cut it; a specific perspective or point of view is necessary in order to make the film as plausible as possible, and Walden does not do that. Despite cleverly adding a subversive predatory theme in the film, it falls short, never truly being explored. There’s a conversation that occurs towards the beginning of the film when Mark and John go out to play laser tag, one that seems to deliberately recall The Most Dangerous Game, a story about humans hunting other humans for sport.

Although the flaws of the film end up deeply impacting the end product, the craftsmanship of the film is to be admired. Douglas approaches the story almost in the same vein as Andrea Arnold’s Fish Tank; fraught with a kind of realism that borders on the ridiculous. Flushed of primary colors and instead drenched in cold greys and blues, the world Mark and John live in is lonely and disconnected. The antidote for them is the internet, but one that is the antithesis of Her.

The pace of the film is curious, for — though the plot seems fodder for a procedural structure — it instead jumps between timelines (nearly incoherently, I might add), opting for the drama to unfold slowly. The problem is not necessarily that the content does not call for such a method, but that there is a lack of deliberation. It seems to meander in scenes and lose itself. Could this be an articulation of how isolated and alienated the characters feel? Perhaps, but the lack of deliberateness in the pace suggests otherwise. The film also fails to establish itself well enough in 2003 without making the audience wonder, “When does this take place?” That minute detail is also important. But the tone is surprisingly what Douglas nails. Foreboding, strangeness, solitude. With a fascinating score, certain scenes are orchestrated very well, keying into emotions and anxiety needed to propel the story.

Back before the age of everyone engaging in this phenomenon of internet transparency, before IRL meetups and Skyping with the friend you made over Tumblr or reddit, there was a certain amount of caution to be taken while on the web. There were also those who were very naïve about the still growing tool. In a post-Catfish era, though, such a “ridiculous, but true” story might not play well enough. It doesn’t work as a warning against talking to stranger on the internet, in fact it does a pretty poor job of that, but as a portrait of a very bizarre friendship, U Want Me 2 Kill Him? kind of works, primarily because of the tone and the competency of the performances. But it never truly explores the complexity of that friendship, or how blurred the lines between online and off actually can be.