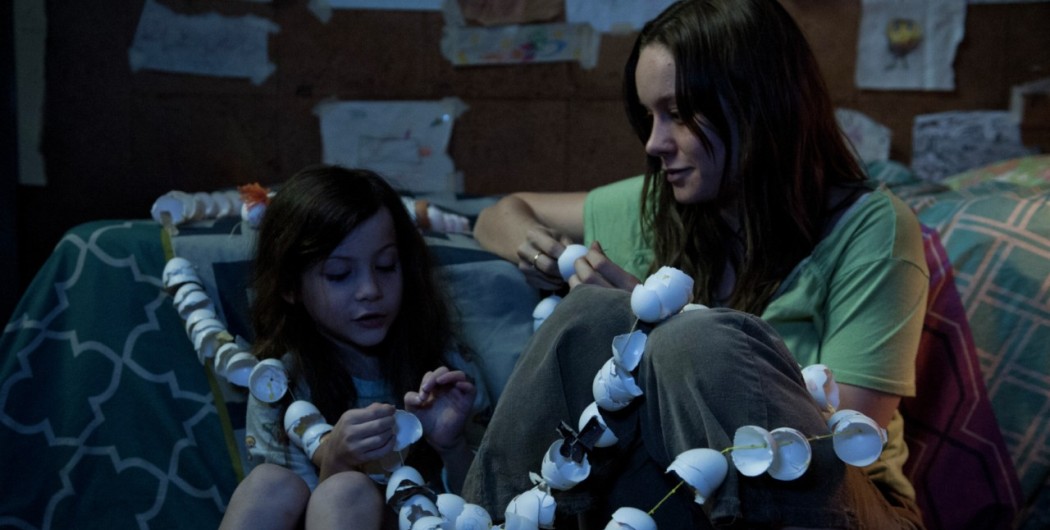 “Room” Is Vivid and Poignant

Note. This review was originally published as part of our 2015 Toronto International Film Festival coverage.

Going into Room not knowing anything about the Emma Donoghue novel on which it’s based, I found myself, in its opening moments, forced into the process of becoming acquainted with a seemingly unfamiliar world – unfamiliar not so much in look, but in feel. Little about the titular room young Jack (Jacob Tremblay) and his mother (Brie Larson) inhabit is itself fantastical, and director Lenny Abrahamson doesn’t try to gussy up this setting with distorted production design or exaggerated camera angles. Instead, it’s Jack’s perspective on this environment, as he espouses it through voiceover, that defamiliarizes it. With Jack characterizing this claustrophobic environment as a kind of wonderland, and with Stephen Rennick’s whimsical musical score supporting that mindset, Room takes little time to establish that what we’re witnessing is a tension between the fantasy version of reality that his mother has instilled in him, and the brutal reality itself.

And yes, reality is brutal indeed: Five-year-old Jack and his mother (who is never mentioned by name throughout the film) have, in fact, been kept in captivity in this particular room – actually a repurposed shed – for seven years by a man Jack knows as Old Nick (Sean Bridgers). But in a bid to shield her son from any possible emotional harm, Jack’s mother has turned all the details of their appalling circumstances into a kind of mental playground, one in which, for instance, the world outside their one window is perceived as “outer space.” It is through this child’s eyes that we experience most of the events in Room: his mother’s attempt to finally break the truth to her son, their successful last-ditch attempt to escape Old Nick’s clutches, and their emotionally tempestuous attempts to readjust into normal society. Thus, we in the audience grasp details as Jack starts to grasp them himself.

In a certain sense, then, Room inhabits cinematic territory previously staked out by films as varied as Zero for Conduct, The 400 Blows and The Spirit of the Beehive: films that attempt to put a child’s experience of the world on-screen. Room doesn’t quite reach those artistic heights: Abrahamson’s occasional attempts to evoke Jack’s view of the world through visual means are prosaic compared to the kind of poetry Jean Vigo, François Truffaut and Victor Erice attained. His blurring of the edges of the camera lens during Jack’s escape attempt, for instance (to visually suggest Jack trying to adjust to the outside world), pales in comparison to, say, the fall of pillow feathers in Zero for Conduct or the iconic final freeze frame of The 400 Blows.

Thankfully, the screenplay and the performances help pick up the imaginative slack. Although Donoghue’s novel – which was written in Jack’s speaking style – perhaps inevitably loses some of its stylistic complexity in her own translation from page to screen, there is nevertheless still enough in the film adaptation to make the line between the main character’s blinkered viewpoint and the more nuanced broader picture palpable. And while Brie Larson is certainly impressive (following up her excellent turn in Short Term 12 with yet another heartbreaking portrait of a woman working through her own inner demons), young Tremblay is even more of a revelation – conveying Jack’s increasing awareness of the world around him with integrity and hardly an ounce of cutesiness. The result is a film that tells more than just the story of characters trying to get over an unspeakable trauma, but one that, at its poignant best, vividly evokes the sense of a young kid slowly but surely opening himself up to the world’s infinite possibilities.