TIFF Next Wave Festival Shows the Importance of Youth in Cinema

Written by Amir Soltani and Adriana Floridia, the following report is from the “TIFF Next Wave Film Festival” in Toronto, CA.

The TIFF Next Wave Film Festival, taking place at Toronto’s TIFF Bell Lightbox this weekend (February 14-16) is curated by a committee of teenagers from the city aged 16-17 who have a passion for film. By allowing teens to put together the festival, it ensures that the youth voice is heard. Made up of new films from around the world, cult teen classics, and workshops that teens can participate in, the TIFF Next Wave Festival is an innovative and unique experience that allows teenagers to truly participate with cinema.

This year’s festival has a focus on Teen Rebels, and on Saturday February 15th there is a Movie Marathon that screens Juno, Scott Pilgrim Vs. The World, Mean Girls, Rushmore and Donnie Darko. Along with these classic teen films, there is a large variety of new films which could very well make their way to cult classic status. Below we have reviews for some of the films at this year’s festival, which show that teen film is at its prime, and the messages being made are stronger and more relevant than ever. 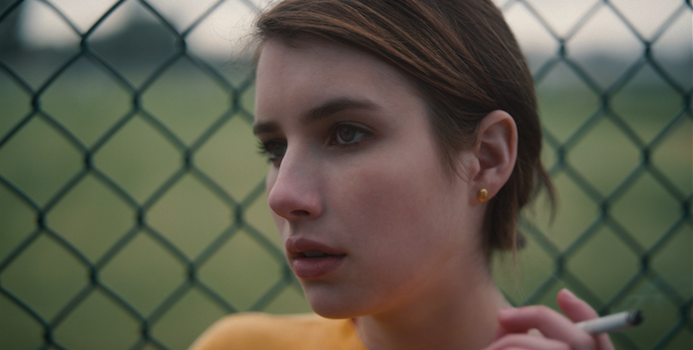 We saw Gia Coppola’s debut feature Palo Alto back in September, and our full review can be found here. The film is an adaptation of James Franco’s book of short stories, which deal with rebellious teenagers tackling difficult situations. From teacher-student affairs, homophobia, sexual assault, and abusive relationships, Gia Coppola’s films takes a delicate and poetic look into some of the harder troubles that kids have to deal with. The cast includes Emma Roberts, Nat Woolf and Jack Kilmer, three up-and-coming teen stars, and is rounded out with such notable actors as James Franco, Chris Messina, and Val Kilmer.  – Floridia 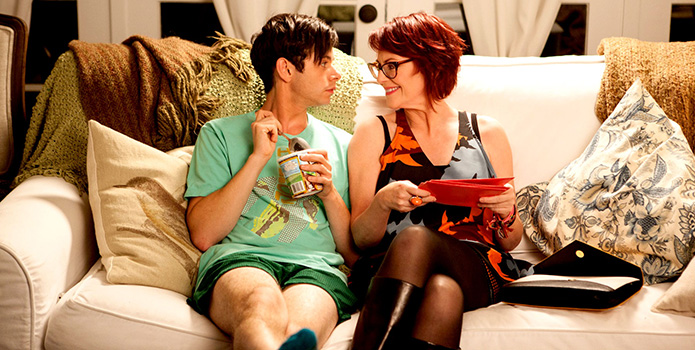 Gay Best Friend follows Tanner Daniels, a senior in high school who is accidentally outed, just as the trend of having a gay best friend becomes all the rage. Tanner instantly gains popularity status as the three queen bees at his school fight for his friendship. He goes along with this, abandoning his true friends for the sake of being protected from bullying. The latest film from director Darren Stein, Gay Best Friend is a highly relevant film for our time and handles its subject matter in a way that is both fun and relatable.

The film is very sharp and filled with quick humour, and it is obviously very influenced by such popular films as Mean Girls, which it constantly references. This film is very light and a little over the top, but it deals with its heavier issues in a humorous and entertaining way. Tanner gets caught up in a mess when he betrays his former best friend Brent, who is also gay, by outing him to his mom and ditching him for the safety that he feels when being included with the in-crowd. However, Tanner never gets the chance to find himself as he gets pushed into portraying the image of what a gay man is “supposed” to be, according to his new best friends.The film deals with issues of equality, friendship, sexuality, and high school, but at its core it is a film about learning to accept yourself for who you are and that we don’t have to put labels on things.

The cast is all around outstanding, with leading performances from newcomers Michael J. Willette and Paul Iacono, and some help from comedy heavy weights who are no stranger to this genre, like Natasha Lyonne and Megan Mullally, who kills it as the overly supportive and enthusiastic mom. GBF is an important film with a strong message that young teens can relate to. It has bold characters that all face issues of identity, and who all strive in the end to overcome their stereotypes. In the same vain as shows like Glee, GBF deals with the topic of homosexuality in a natural way. It challenges conventions and emphasizes that people are who they are, regardless of their sexuality. Being gay does not define Tanner, but it is a part of who he is. The ways that he becomes exploited for his sexuality, in being the “Gay Best Friend” only make him realize that the idea of what being gay means in our society is not what it means for him. – Floridia 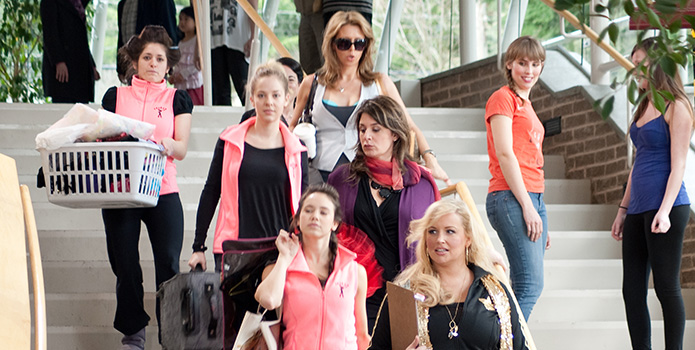 A new mockumentary following the Sashay Dance Company, the film sees four dance students and their dysfunctional families in the midst of the Leap 4 Your Life competition.

The film plays as a satire, with each character depicting strong stereotypes of the different characters we often find in the dance world. There’s Hilary, the star dancer who embodies perfection, is gorgeous and doesn’t eat, and whose mother is obsessed with her. Brooke is the sweet one, who always ranks as second best, but who really dreams of being a singer. She has a single mom who is an alcoholic, and who is constantly vying for any male attention that she can get. Molly is the token nerd who has braces and who is doing this just for fun, her mother always by her side as they are only in it for the thrill of it. Lastly there is Matt, whose father is convinced he is gay, although Matt maintains that he likes dance because he gets to constantly be surrounded by girls. These kids are all in the Sashay Dance Company, which is run by Ms.M, your typical hard-ass dance teacher, who pushes the students into eating disorders, makes fun of them behind their back, and threatens to disqualify them when they are five minutes late.

The film goes back and forth between each family, giving each character and their parents a lot of background before we get to the actual competition. The competition itself features some decent dance choreography, but nothing to the standard that you’d find on shows like So You Think You Can Dance. If you’re watching this movie as a fan of dance, don’t expect anything extraordinary here. The film makes more fun of the dance world than encourages it. There are a few laughs throughout the film, and a couple of the sub-plots work. The most interesting story involves Matt’s father and his relationship with his wife. This film is all around mediocre, the idea isn’t anything too original, and although it attempts to really push for the over-the-top mockery of the dance world, it really just falls flat. It feels like something that as an idea would make a better TV Show than a movie. – Floridia 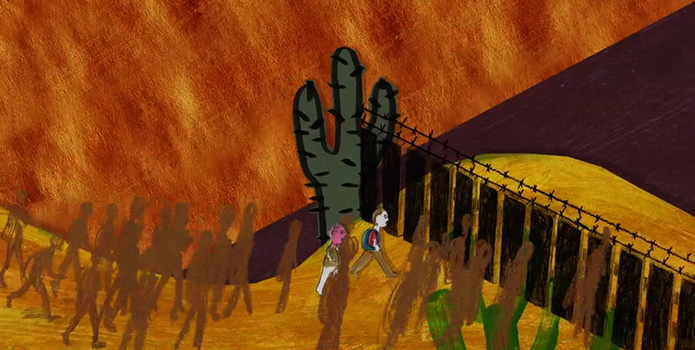 Jean-Michel Dissard and Gitte Peng’s documentary, I Learn America, follows the story of immigrant kids at the International School in Lafayette, New York as they make their journey to adapt to living in America. Coming from countries like Poland, Pakistan, Guatemala and Myanmar, their cultural backgrounds could not be more vastly different, and the film uses these differences as a launching pad to expose the hardships of adjusting to a new environment while navigating the already tumultuous waters of adolescence. Although these kids originally seem handpicked to drive a narrative that enforces America as a great utopia of equality and opportunity, the tone of the film gradually shifts to reveal something more complex. The complications of creating a safe and unified environment while celebrating diversity are exposed and in the moving, often heartbreaking, stories of these young adults, I Learn America examines its subject from multiple perspectives and with an endearing sense of realism. In the end, the film devotes as much time to celebrating the new found freedoms of a Muslim girl who might have never had the chance to enter university as it does to exposing the depression and solitude that can wreak havoc on another young immigrant’s life. That the film finds that kinds of equilibrium, and balances the specificities of their background stories with the universal issues of entering adulthood is its biggest accomplishment. – Soltani 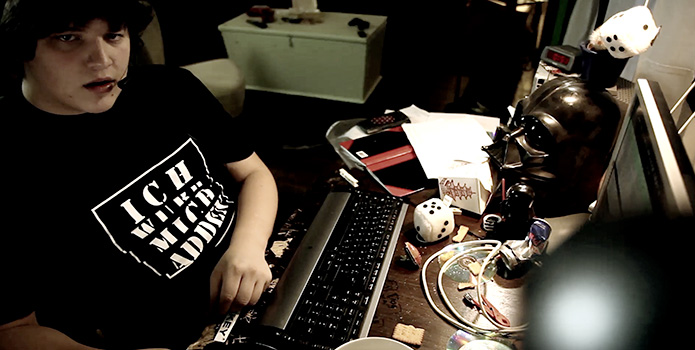 For No Eyes Only

Director’s Tali Barde’s modernized version of the story Alfred Hitchcock first told us in Rear Window, gives us Sam, a high school student in Germany whose supreme knowledge of hacking puts him on a dangerous path to spying on his classmates. What begins as a disturbing, voyeuristic urge to check out scantily clad female schoolmates and catch the male ones at their most embarrassing moments, morphs into an investigative search for the reasons behind the strange behavior of Aaron, the school’s charming but troubled, sinister new student. Since Sam has a broken leg as a result of a hockey injury inflicted by Aaron – yes, it really is a retelling of Rear Window – he needs the assistance of his friend Livia to enter Aaron’s life physically. Naturally, trouble ensues.

Barde takes a hyper-digitalized approach to creating the film’s visual aesthetic and aural landscape, creating minimal, often amateurish images that aren’t all that different from the webcam recording at the film’s centre. However thematically relevant, these aesthetic choices are off-putting at times, most significantly when specific shots are reminiscent of their direct predecessor in Hitchcock’s masterpiece. Exacerbated by a screenplay that wants to do little more than progress the film from one plot point to the next, the sense of urgency in cinematography often feels rather chaotic. For No Eyes Only pulls off its scary moments with a superb sense of timing and manages to keep the audience engaged despite a telegraphed ending to both its investigation and the romantic subplot. Yet, one can’t help but sense a missed opportunity, especially at a time when government spying allegations are the topic du jour, to explore the social consequences of the uncontrollably expanding network of computers and cameras around us in any capacity. – Soltani

If you’re in Toronto, be sure to check out the TIFF Next Wave Festival. It kicks off tonight (Friday February 14th) with the Battle of the Scores, where six high school aged bands compete with original scores that they wrote for a short film. The festival runs until Sunday February 16th, and films are free for high school students.