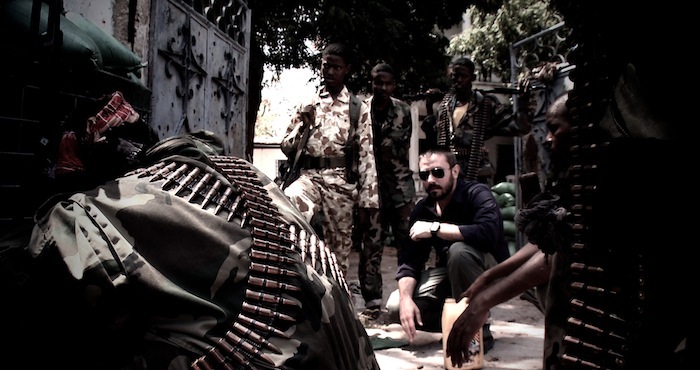 That first quote is from this documentary. The second is from The Wire (and if you didn’t automatically recognize it, then you need to go watch The Wire pronto). Both sum up Dirty Wars, which tackles the unnerving underground spread of the “War on Terror.”

Documentaries are usually ahead of the curve when it comes to talking about relevant social issues. However, since the film’s premiere at Sundance, the cultural conversation about drone strikes and targeted killings has caught up with it. Watch and be horrified as the Pentagon declares that America can wage war wherever and on whomever it pleases, and that the War on Terror may go on for as long as twenty more years. Surely, it will go just as well as the wars on crime and drugs!

The doc follows journalist Jeremy Scahill as he recollects how he became embroiled in reporting on the world of covert operations. A chance tip led him to an Afghan village where a US night raid had gone wrong, resulting in the deaths of many civilians, including several pregnant women. From there, he unraveled a thread that dangled from a sinister tapestry of shadow conflicts in Yemen and Somalia.

Scahill goes on two journeys in the film. He speaks to officials, most of whom speak anonymously or are retired, who have worked in covert ops. But more importantly, he meets with the friends and families of the casualties in this war – parents who have lost children, bereaved spouses, mourning siblings. Terrorism and hatred of America are beasts that are only engorged the more they are matched with brutality. “They” don’t hate us for our freedom, they hate us because we bomb them. And we bomb them because they hate us.

The bitter cycle is illustrated in the case of Abdulrahman al-Awlaki, son of radical cleric Anwar al-Awlaki, both of whom were American citizens killed by drones. Abdulrahman was bombed just a few weeks after his father. He had no connections to terrorism, but he was considered a threat. This is the world we live in now, and these are the measures we go to so that we can feel safe.

As emotionally arresting and ideologically fiery as the doc is, it would be so much better if it let its main subject get out of the way. Scahill isn’t just the audience’s guide and viewpoint character – he’s front and center in the narrative. The film presents him as a he-man writer, dashingly going into danger and intrigue. There’s a thick layer of artifice coated over what we see. Some of it is necessary, since there’s a lot of reconstruction entailed in giving a full picture of what Scahill has experienced. But filming an interview with a source as if it’s a Jerry Bruckheimer production, with a very active camera and over-the-top music, is taking things a step too far.

I am all in favor for nonfiction movies being stylistically adventurous. The form is held back by filmmakers too beholden to the typical documentary hallmarks – the talking head interviews, the simple graphs and charts, the Ken Burns-effect photographs. But there’s a happy medium between being prosaic and having so much flair that it distracts from the themes and message.

It might not be as much of an issue if Scahill as a character was really important to the topics the movie tackles, but he isn’t. The audience doesn’t need him to tell them how shocked he was by the things he uncovered. How he felt is not only irrelevant, but more than likely redundant. It’s upsetting to find out about secret kill lists? That’s hopefully a given. The smarter move would have been to focus more on the victims. One of the best scenes in the film is a conversation with Nasser al-Aulaqi, the father of Anwar al-Awlaki and grandfather of Abdulrahman al-Awlaki. His grief is more resonant than Scahill’s patriotic disillusionment.

Dirty Wars is challenging in a way few films are. Being American and not speaking up makes one, even in a small way, complicit in the deaths of innocent people. Scahill is dragging that uncomfortable truth into our faces, and how we deal with it will shape the way the “War on Terror” moves forward. If only Scahill himself were left out of the picture, Dirty Wars would be truly great.