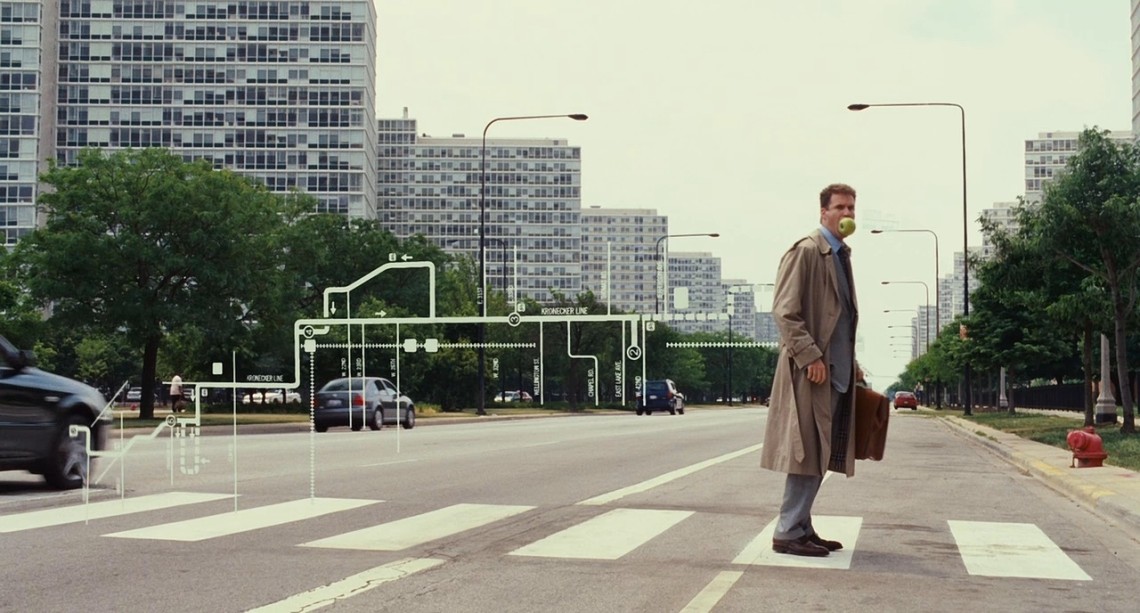 The “World” As He Knows It: “Whole Wide World”, Perspective, and “Stranger Than Fiction”

While Marc Forster’s Stranger Than Fiction might be best known for its Spoon-ified soundtrack, it is impossible to forget one of the best song cues ever: Wreckless Eric’s “Whole Wide World”. Imbued with zeal and zest, such a song fits perfectly into the world of a meek IRS agent whose life is turned upside down when he realizes he’s a character in a book. He changes his approach to life and even falls for the woman he’s auditing. It isn’t just about that scene, it’s about Harold’s whole life.

Not unlike Harold Crick finally defying his world of convention and rigidity, Wreckless Eric intentionally spells his stage name incorrectly, for whatever reason. But with such a verve filled song like “Whole Wide World” (or, technically, it’s preceded by “(I’d Go The)”), it feels fitting. Though written by the singer-songwriter Eric Goulden in 1974, it was not released until 1977 as a single off of his self-titled album. The original track itself never charted, but an Australian cover by Mental As Anything hit the Australian singles chart at #53 in 1995. Since then, it’s been covered numerous times, not least of all by one Will Ferrell…

Following one of the most impressive romantic propositions I’ve ever seen on film (“I brought you flours…”), Harold Crick (Will Ferrell) is invited into the house of the women whom he both adores and yet has made his life miserable: the woman he is auditing, Ana Pascal (Maggie Gyllenhaal). After dinner, he mentions he can play the guitar, but not very well. He protests playing for her, but, while she does the dishes, he picks it up and gingerly begins playing “Whole Wide World”. She sits beside him and the two look at each other momentarily and, almost out of the blue, begin kissing passionately, wherein the song transitions to the non-diegetic original track.

Is this perhaps the greatest music cue in film? Whether or not it is, it certainly remains one of my favorites. The first act of the film establishes Crick as a bit of a prig, introverted, and lonely, and the impetus for his world view to change is  when he starts to hear a voice in his head narrate his life and anticlimactically say, “Little did he know this this simple, seemingly innocuous act would lead to his eminent death.”

In that once sentence, Harold’s worldview must change, and such a line propels the narrative force of the film, with Harold not only charging forth to find out exactly what writer is narrating his life (spoiler: it’s Emma Thompson) and to finally change the way he does things and thinks about life in general.

Crucially, he indulges in romance, in infatuation. Director Marc Forster and writer Zach Helm essentially play to the tropes and conventions of narrative by exploring comedy and tragedy, almost in an ironic sense. In the world of the film, as Harold attempts to discern what kind of story he is in (per the advice of Prof. Hilbert, played by Dustin Hoffman), his attempts at creating or fostering some kind of dynamic with Ms. Pascal are futile. She ignores him, barely notices him, and tries to make him miserable in the most passive aggressive ways. It feels tragic, for him, especially as he notes this in his moleskin. But externally, this dynamic unconventionally follows the ideas and tropes behind screwball comedies. An important factor of the screwball comedy is that the dynamic between the man and woman is not balanced. The power that the male character would traditionally have is off set by the woman’s power. Generally, this is approached with more overt wordplay, zingers, and barbs, but Helm goes a different route and has Ana ignore Harold altogether, allowing her to really be in power. 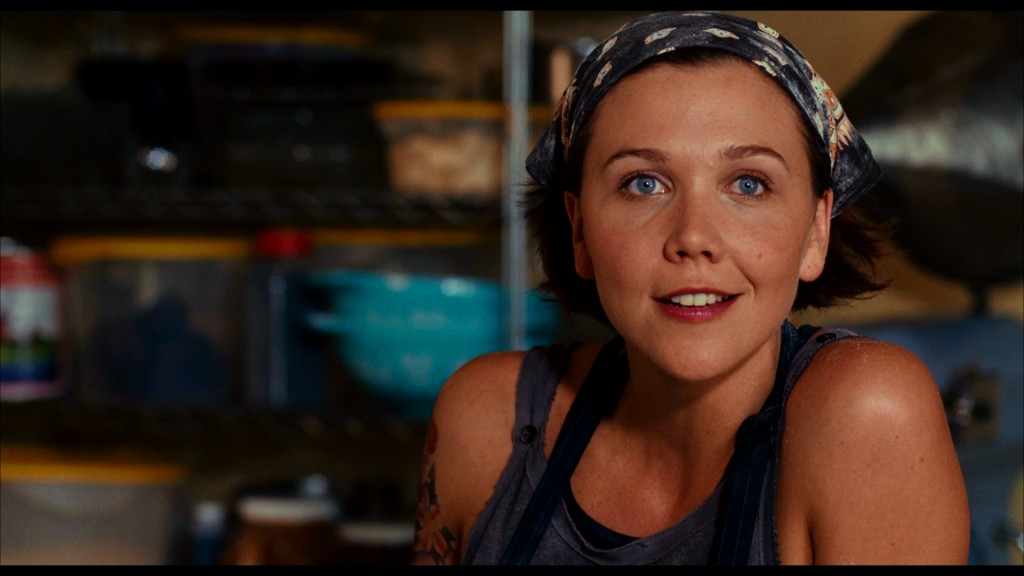 Soon enough, he falls in love with this anarchist baker. He loosens up. The graphics that give the film a unique atmosphere and a peak into Harold’s mind start to dissipate. He starts playing an instrument. As the writer within the film, Karen Eiffel, describes, “[…] He did what countless punk-rock songs had told him to do so many times before: he lived his life.”

“Whole Wide World” thus feels like a very important turning point at which the story can pivot from being a meta exploration on narrative into being slightly more straightforward with its carpe diem-esque love story within a story. Hardly plagued by neuroses anymore, Harold Crick’s transformation feels nearly complete with the use of the track. His “whole wide world” has changed because of Ana and because of the narrator.

The scene in and of itself feels sexy. The screwball dynamic culminates in this scene where their mutual attractions to one another reveal themselves, Ana echoing an earlier line from Harold cutting him off and saying, “I know, I want you too.” That the track transition from the sweet, sensitive acoustic version from Ferrell into its original form is part of that sexiness. It nearly represents a duality for their relationship as a whole: at firs tepid and quiet and then bursting with eroticism and passion and intimacy. Ostensibly about a young man who is lonely and yearning for companionship, the story of the song fits with the internal emotions of Harold, as the narrator is quick to tell us that he “lives a life of solitude.” The chorus, “I’d go the whole wide world just to find her” marks that Harold has finally let go of his anxieties and allowed himself to fall in love.

Marc Forster and Zach Helm’s finely textured film works on a number of levels, but on a character one, watching the transformation of a dweeby neurotic into a full-fledged character is heartwarming. Watching the dynamic between Ana and Harold evolve from nearly Hawksian roots adds a heartfelt dimension to the film. And Wreckless Eric’s track impeccably encompasses the nuances, anomalies, and complexities of the film, rollicking with liveliness. As it is, part of his narrative and part of our own narratives, it’s just the book he writes.