Diaz carves worlds that are so invitingly insidious the viewer really has to intently listen to its movements, to read all the minor locutions and intonations, working attentively to alleviate the conversations of the other negligible background actors at the restaurants and parties and gatherings so that they won’t intrude and drown out the seemingly significant voices of our heroes and villains. His worlds are filled with grey clouds stuffed with future storm that never dissipate even for a second, never allowing their precious rain to fall anywhere other than onto its inhabitants lives, forever teasing them and pushing them towards some unseen edge. There’s something strangely sinister about Diaz’s attempts to proliferate the soul of the Filipino through a language that sporadically breaks into English, it’s perhaps one of the most unintentionally(?) potent lingering devices found within his work. Nobody stops the implacable westernization, baby.

Of course Diaz is beating his drum here, the man wouldn’t put it down even if he could, “I now realized the lyrical madness to this struggle. It is all about sadness. It is about my sadness.” He’d catch Haneke’s likeness but he’s far too subdued to ever be on his vociferous level. One would posit that if he truly wanted to diversify ideals and minds he’d create something a slight bit more accessible and less daunting, this doesn’t come from a dislike of his revered style, it’s all gravy for this narrator, but the length sometimes appears to be an antithesis to the ultimate notion. Diaz’s films begin like a party you don’t even want to be at, but as the night progresses and blurred faces diminish you become increasingly mesmerized with being there, inebriated without a dribble of booze, the intoxication lunges from the dark corners of its world, spreading like blood in a swimming pool.

The usual suspects are all here – the cosmos is drenched in rain, virulent manipulators move the contented chess pieces, the only reminders that the world we are seeing takes place in the “modern” is when a mobile phone abruptly goes off, “have you heard that james joyce owned a phone?”, a merzbow-y improvisation that somehow just works, sunlight intruding into the parasitical black and white aesthetic, elongated stretches of stasis that begin to portray an eerie rhythm of life. At an inexorable eight hours the world starts to feel lived-in. The same labyrinthine route of enjoyment is taken, some hours I spend utterly enamoured and enchanted, content to stay in its world for the entire merciless length without so much as a peep, and then some hours I just spend waiting, giving in to its soporific laboriousness and questioning the necessity of its fervent elongation. Only two Diaz films for me go in the opposite direction – Batang West Side and Norte, the End of History – but even then there’s always a tinge of the same bittersweet hesitation. Lingering, digesting, yearning, in the world of Diaz the viewers spend just as much time with themselves than they do with the characters. It was melancholic. 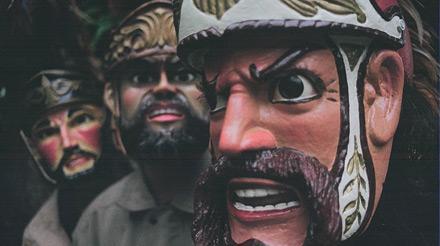 Butterflies Have No Memories

Here’s a film that could conceivably be the best starting point for an “Intro to Diaz” course, on paper. Diaz is never a smooth pill to swallow but it’s safe to say his most imposing values lie in his films intimidating tenacious length, Butterflies Have No Memories is touted as a Lav Diaz “short film” though of course, this “short film” is still sixty minutes in the way of length and still bears his soporific sedated determination. Dramatically dry and lusciously laconic, this still encapsulates Diaz despite lacking his penchant for inexorable length making it ostensibly a fine choice for a first Diaz. Though that aside, the ambition and content aren’t as viciously prevalent here as within his other works, beginning to make it feel as if minor Diaz, so if pushing a new viewer through the doors of Diaz I’m not sure this would be my first option—other high contenders being Norte and CoB—though most will be drawn to the most swallowable pill regardless I’m sure. Martha’s unable to reconnect with her country of origin as a result of being westernized, western viewers will find the politics and ideologies of its inhabitants equally as hard to adhere with, but the crumbling of one of its antagonists will ring affectingly in the ears of anyone. Diaz can keep you at arms length, but it’s just enough to enrage you into swinging your arms and kicking your legs, even if your arms are still just an inch too short to hit him. 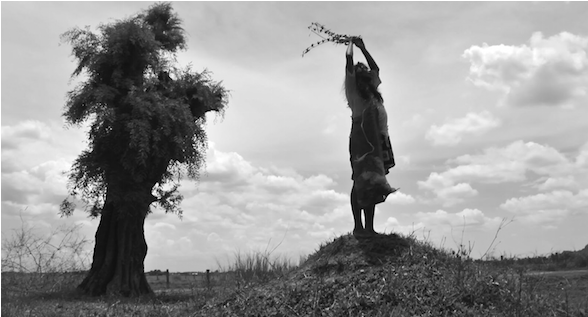 This was my first Diaz around 18 months ago and I did not exactly respond to it well, its elongated poetry recitations with long contemplative gaps did naught to jolly my rogers at that stage of my life, quickly shedding its soporific and laborious tendencies in favour of something that might be a little more inviting without the opportunity cost of losing six hours for merely seeking it out. 18 months onward Lav Diaz is still seldom an easy pill to take, he’s sedative and hypnotic and numbing and arduous and formidable. But also extraordinarily rewarding if you can skip to the cadence of his unusual six legged frame. Having seen all available Diaz films now it’s certainly an easier dance than it was 18 months ago, though it might never be easy, and that might just be part of its seductive charm. But there was one thing that never left the deep chasms of my memory that briefly unlock at intermittent A.M periods, that god damn frustratingly catchy song of death that the inhabitants of Century of Birthing perpetually sing. And not in a nice way. In an I came in like a wrecking ball kinda way. And so but still there’s a multitude of things my uninitiated self hadn’t seen those many months ago, a placid pacing of absolute peacefulness, the beguiling chiseling of the master constantly at work, the self-awareness and politial jugulars lunged at, the protraction which feeds the soul of the film, the What Time Is It There? poster proving its directors immaculate taste. “Maybe life is supposed to be like dreaming?” Diaz asks through his protagonist, well stick around kid and you might just learn a thing or two about dreaming, he goes on, but you’re going to have to stop thinking so much and look real closely at those reflections.

Norte, The End of History

During the intermission for this film the guy next to me mused that during the first scene the wife could be seen wandering around in the background, he had a keen eye he was eager to show off, at this point I felt like I’d just walked out of a test and into a crowd of people boasting about the answers that I’d apparently already gotten wrong. I had no idea that this would be in color either, it’s only his second foray into that territory and it’s one that didn’t seem like an alluring concept for Diaz anymore, the big bad wolf who lives his life in b/w. Not that I’m complaining, this thing looked magnificent. Diaz on the big screen is an entirely different experience and one of the grandest cinema experiences that I’ve ever had. Big turnout, too. More people came to see this than the screening of Argo I went to last year which is something. And not a single walk out, bravo bladders everywhere.

Lav has always been an obstinate director in his filmmaking approach, carving each of his films into epics that sometimes broach the likes of eleven hour runtimes. Here in Norte, the four hour runtime is seen as comparatively short and unimposing, whilst those who are not used to Lav will look upon it with the same suspicious and scornful eyes they always had. The story rotates around Fabian and Joaquin, two who never meet but whose paths are intertwined in ways that neither can even comprehend.

Fabian incessantly preaches ideologies “worse than fundamentalism”, relentlessly abhors the state of the filipino, and dictates with admonishing cadence that this is the end of history. Finally enacting his unscripted long desired method of social justice, the ignorant and perhaps deserved victim of Fabians rage is seemingly the only obese filipino in existence (she’s ostensibly evil but not without her odd redeeming quality much like most obese folk). But poor old Fabian planned little for the aftermath, as the enactment of his dogmas bring no comfort to his world, the guilt and burden soon amass and burst throughout his body.

Joaquin is the mostly mild-mannered philanthropist and father of two bares the brunt of Fabians malevolent transgressions and takes the unjust downward spiral for him. There are several lines that allude to Fabian being a product of a poor upbringing, which becomes doubly interesting in that his actions have directly caused a new pair of children, brother and sister likewise, to grow up without parents within the same circumstances he lived and abhorred. As Fabian descends into his own burning soul, Joaquin ascends to almost complete altruism, sympathizing and connecting with all, officers and inmates and monkeys, with even those who do not deserve his kindness. “Forgive me”, his virulent inmate asks him.

In the end Diaz goes full Weerasethakul, or full Dumont as others have noted, lathering the enigmatic ‘divine justices’ into the heart of it all, lifting pieces up and laying others to rest, constructing something entirely different to anything I’ve seen from him before, something wholly welcomed and unquestionably curious and utterly hypnotic. This is the first time in a long time I’ve walked out of a 4.5 hour film and immediately wanted to rewatch it.

Unquestionably a strange and enchanting experience, it’s set in modern times but for a large majority it certainly doesn’t feel that way, Joaquin and his family survive through selling vegetables and the landscape of their environment is completely barren of technologized westernization. Interesting that he spurns off a dialogue about how haikus are perfect because of their concise compact length, within the midst of a four hour film. It lacks the intermittent elongated languid downtime that many of his previous endeavors have and feels all the better for it, I’m not one to shy away from Diaz’s soporific tendencies but here for me is an optimum level of tranquility and peril, magnetism and rhythm. My intrinsic human greed immediately begged for more of this, this was one of the smoothest gliding films I’ve ever had the pleasure of experiencing. I’ve seen short films that felt longer than this. Diaz is on top of his game here, and this might just be his greatest achievement so far.

With Diaz I’ve pretty much moved from a curious outsider to a fanboy screaming “masterpiece!” at a moments notice. I was prompted to rate this as part of the festival audience voting right after and gave a snap judgement of 5/5, I’ve had it settling in my mind for a few days now, and I don’t think that judgement was so snap.

It’s hardly a startling notion that the works of Diaz are becoming increasingly popular within cinephile circles, particularly when the internet promulgates “sharing” with films that might never have seen the light of day otherwise. With many of his films now breaching the ranks of lists like the Sight and Sound Critics 250 and the They Shoot Pictures, Don’t They? 21st Century top 250, I can only foresee him becoming only more popular as the 10s thrust forward and he continues to deliver incredible cinematic feats right into his fans laps. If Norte, The End of History is anything to go by, then we’re in for some beautiful pandemonium over the coming decade. Jump on this train early, because this is the train you’re all gonna wanna have been on from the start very soon.

One thought on “The Lav Diaz Retrospective”