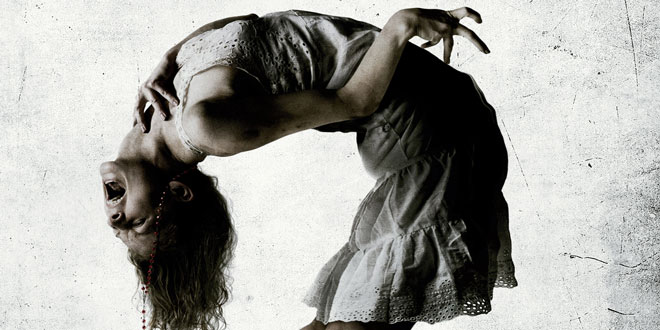 The Last Exorcism: Part II: The Fun of a Straight-To-DVD Sequel in Your Multiplex

In the spectrum of laziness, The Last Exorcism: Part II is somewhere at or near the nadir. It’s dispassionately directed, thinly scripted, and just plain unscary. Not one element works in it. Not one scare is executed properly. Not a single aspect of this film suggests that anyone involved in the production cared.

There was at least a strong enough basis to go on. The Last Exorcism Colon Part II bears the distinction of being the only sequel to a found-footage horror film that isn’t found-footage itself; opting instead for a more traditional, straightforward approach. Well, okay, other films have done that before, like [REC]3 and the atrocious Book of Shadows: Blair Witch 2, but this is the only one I can think of that’s a true sequel, a direct continuation from the last film.

And I was fine with that. The first film was surprisingly solid, Ashley Bell’s performance in it was even more surprising in its creepiness, and while the ending was–to put it bluntly–dreadful, I wouldn’t have minded it if the sequel justified its existence.

Sadly, however, The Last Exorcism II: Now Even Laster is the kind of sequel whose connection to the original is mentioned only in brief, unimportant snippets. The film begins just a few moments directly after the events of its predecessor, but drops any mention of the previous events for the rest of the movie, save for one odd subplot in which the footage from Part I became a big hit on YouTube.

It’s funny though, because while this installment is not found-footage, it manages to look even cheaper and less convincing than the first film. Rife with downright awful CG and some of the most uninspired camerawork imaginable, it was baffling to find a film this aesthetically poor playing on a big screen for movie-going audiences.

Perhaps the one element that could’ve been a saving grace was Ashley Bell as the tormented Nell (Ashley Nell?), who does the best she could with the material, but ends up drowning with the ship. Bell is effective as both a frightened innocent and as a demon-possessed antagonist, but when she has to act “normal”, she’s awkward and unidenitfiable.

Though that’s probably less to do with her than it does the script. Not a single character acts like a convincing, rational human being. It’s the kind of movie where a man sees a woman he saw in a demon possession video on the internet and the first thing he thinks about is taking a picture with her like he’s her biggest fan. The kind of movie where a guy finds a creepy girl splattered with blood and the first thing he says is “What the hell happened to you?” like she had a jelly stain on her hair. The most egregious example is Nell’s “love-interest”, who achieves her affection by being the most boring, cardboard man in horror movie history.

Yet even good characters and dialogue still wouldn’t have fixed the fact that The Last Exorcism II: Electric Boogaloo simply isn’t scary in the slightest regard. Not a single scare in this film hasn’t been done before in another movie. It feels as if the director knew the audience would be bored stiff by how awful the actual movie was, then decided to pepper almost every scene with at least one trite jump-scare, sometimes finding faux-jolts in the most mundane of actions.

And when the movie attempts real scares, they fall completely flat thanks to the aforementioned, yawn-inducing camerawork, the total lack of investment in what’s going on plot-wise, a PG-13 rating that robs all the scares of their gut-punch, and just the all-around poor build-up leading up to everything. And the worst part about it is that it’s hardly even trying.

Films as lazy as this one would usually just be rewarded with a D or D+ grade, but 2 Last 2 Exorcism gets extra points off for having one of the dumbest, most embarrassing final scenes I’ve seen in recent memory; not in terms of content, but in execution. Highlighting the awful CG that wouldn’t even pass off as a YouTube project, the film ends with a series of “explosions” that signify the filmmakers throwing their hands up in the air and saying “We’ve reached the 90 minute mark, let’s just blow shit up.” It’s a moment that jumps the shark even though the rest of the film has already jumped, murdered, and fed off its corpse.

But hey,what do you expect out of a film with a name like The Lastest of Exorcisms: Part II? At least I think that’s what it’s called. Well, at the very least, you’ll have trouble remembering this train wreck long after it’s over, the only scar it leaves behind is your considerably emptier wallet.