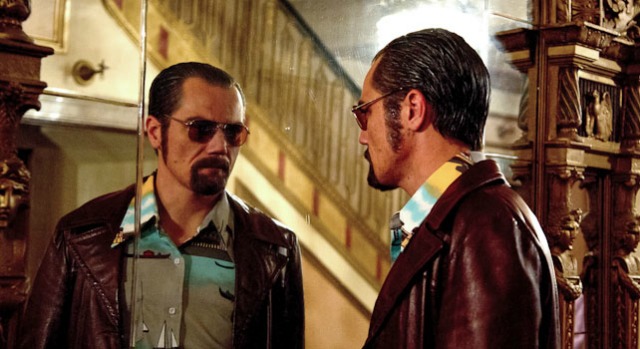 ‘The Iceman’: A Bloody Portrait of a Father and a Killer

This review has been reworked and republished after originally appearing at Duke & the Movies during the 2012 Toronto International Film Festival.

In the vein of something like Kill the Irishman, The Iceman is yet another cheap-trick conventional gangster film based on a true story with a brutish protagonist willing to murder anyone so long as the price is right. Lack of originality and insipid screenwriting may soon be read as the autopsy of this actively tiresome genre.

Kulinski is eventually hired as a contract killer for New York City’s Five Families (essentially accepting any job that paid well enough). When not driving around New York City or New Jersey destroying the lives of other mob members, Kuklinski spends time with his gorgeous wife, Deborah (Winona Ryder), who is under the impression Richard dubs Disney movies, and his two teenage daughters.

Spanning from the early ’50s to Kuklinski’s inevitable incarceration, The Iceman tells the broken down tale of a man who’s good at what he does: killing. His inspirations for murder aren’t particularly lucid, nor is his troubling past.

What’s bothersome with the leading character (at least in his depiction in the film) is the constant cognitive dissonance. Time and time again he wholeheartedly pronounces that the only thing he cares about, the only thing he loves, is his family. And yet he spends a majority of his life not only away from them but perpetually putting them in harm’s way. I’m not quite sure what sort of sick, maligned love he’s construed, but whatever works.

Thankfully Shannon is the type of immensely gifted actor who has the ability to make any role engaging. Kuklinski is a terrifying presence, and director Ariel Vromen was fortunate to not only cast the expressionistic Shannon but all the talent involved – from Liota to Ryder.

The duality of Richard Leonard “The Iceman” Kuklinski, part malicious killer and part buoyant family man, is clearly understood by Shannon and Vromen. However, the same can’t be said for The Iceman – which forgets to separate  itself from the multitudes of previous endeavors that have hit the same notes with more verve and craft than this ever does.

Note: It’s claimed that from 1948-1986 Kulinski killed somewhere between 100 to 250 individual people. It’s amazing how a film with so much propulsive killing could be so tame and unexciting.